Home > IoT > Resources monitoring > The future of infrastructure is both, sustainable and digital

The future of infrastructure is both, sustainable and digital 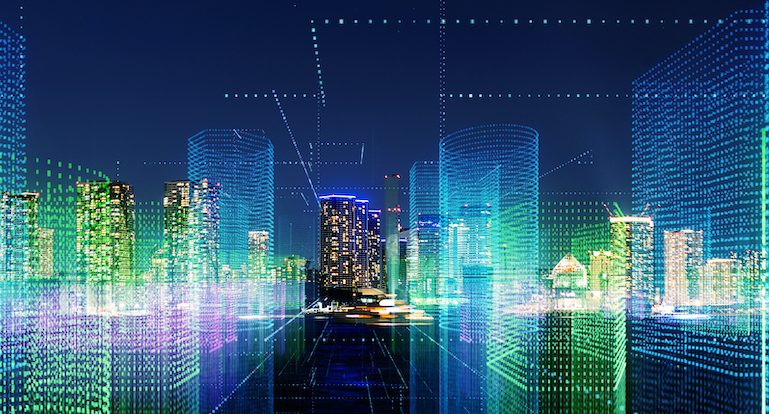 With macroeconomic trends of volatility, widespread inflation and concerns about a recession, many investors have turned to infrastructure. Investment in sustainable infrastructure – which includes assets such as solar and wind farms, as well as socially sustainable investments such as hospitals that increase access to essential healthcare – has increased over the past 15 years, according to a PitchBook study.

Fundraising for digital infrastructure has also increased rapidly over the past 15 years and is expected to continue on this path, supported by the digitization of the economy; increased needs around data due to technological developments such as AI and Machine Learning; and wider political and regulatory support.

Many of the economic, political and social tailwinds that have supported fundraising in sustainable and digital infrastructure will persist – if not intensify – going forward, the study says. Not least because, as the population continues to grow and the globalized nature of the economy persists, preserving and optimizing natural resources through infrastructure, and increasing connectivity, is becoming even more important.

Geographically, North American funds dominated the fundraising landscape in 2022, both by number and size of funds raised domiciled in the region. Through Q3, more capital was committed to funds in North America than in any other full year on record, at $71.9 billion, 75.5% of capital raised in 2022 through Q3.

In contrast, Europe had one of its least successful fundraising years in recent history, with only $17.4 billion committed to vehicles in that region, representing 18.3% of capital raised in Q3 2022. That was a role reversal from 2021, when Europe funds received 54.3% of commitments and North America received 30.2%.

As North America and Europe have historically raised fairly equal proportions of capital, these changes are unusual but are likely to be typical in the coming years.

Examples of environmentally sustainable infrastructure investments include renewable energy assets such as solar or wind farms and carbon capture assets. Examples of socially sustainable infrastructure investments include hospitals that increase access to essential healthcare and schools that increase access to education.

In terms of how sustainable infrastructure will continue to shape European infrastructure investment, the EU’s energy crisis appears to have reinforced the need for renewables and a move away from fossil fuels, while also causing member states to return to carbon-intensive energy. In the opinion of Anikka Villegas, author of the PitchBok study, it is likely that while the EU’s progress towards carbon reduction targets may slow, investment in sustainable infrastructure will persist as fossil fuels are used as a short-term crutch, but targets around a transition to low-carbon renewable energy remain a priority.

According to Anikka, the socio-political tailwinds for sustainable infrastructure investment in the EU are enduring and, as climate change and its impacts become ever more pressing, intensifying. As more European countries adopt clean energy and work towards an interconnected energy grid, the network effects of renewable energy will also make it even more cost-effective and thus accelerate adoption. Today, it is already cheaper to build and operate renewable power plants than coal or gas plants.

Smart cities use a wide range of technology-enabled solutions to improve the quality of life, the efficiency of operations and services, and the competitiveness of cities. Smart water and waste management, through sensors and other connected technologies, for example, enables early detection of leaks and pollution, just-in-time waste collection and predictive maintenance planning.

Already, investment in digital infrastructure – which includes telecommunications, broadband, and datacenters – has more than doubled in the period 2018 to Q3 2022, compared to the previous period. For several reasons. Firstly, the economy has been increasingly digitized, with the expansion of online commerce and business activity increasing demand for connectivity in both developed and developing countries. Secondly, technologies such as the Internet of Things (IoT) and Artificial Intelligence (AI) have experienced increasing adoption. Not only are more elements of daily life digitized, but they also require more data.

Third, with more asset managers aligning their portfolios with frameworks such as the UN Sustainable United Nations Sustainable Development Goals (UN SDGs) and the Global Impact Investing Network’s (GIIN) IRIS+ in recent years, especially in Europe, digital infrastructure has benefited from its qualification as positively impactful.

Movements to improve equal access to resources such as the internet, due to the economic advantages associated with such access, will also strengthen as more social justice-oriented youth enter voting age. Given this fact, digital infrastructure is well positioned to take advantage of its acceptable status, particularly among impact investors.

Key international collaboration instruments, such as the UN Global Digital Compact and the Digital Public Goods Alliance, co-organised by UNICEF, are already in place to increase collaboration in sharing and implementing digital public infrastructure.

Thinking about the digital infrastructure needed to support the intelligence and inclusive digital economies of the future requires an holistic approach from both boardrooms and government high office. From communications and computing infrastructure to components, security needs, and empowering a digital-ready workforce and entrepreneurial ecosystem, preparing for our digital future is a team sport.

Resources monitoring
The future of infrastructure is both, sustainable and digital

Resources monitoring
AWS wants to be ‘water positive’ by 2030