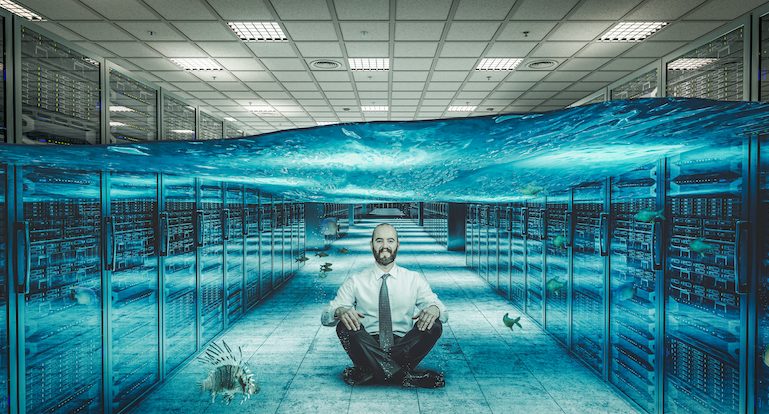 Amazon Web Services (AWS) recently announced that it will return more water to communities than it uses in its direct operations by 2030. In an analogy to the term used in calculating carbon emissions, it will be water positive or water+. AWS also announced that its 2021 global Water Use Efficiency (WUE) metric was 0.25 litres of water per kilowatt-hour.

AWS will report annually on its WUE metric, new water reuse and recycling efforts, activities aimed at reducing water consumption at its facilities, and progress on replenishment projects.

“Water scarcity is a huge problem worldwide, and we are committing to do our part to help overcome this growing challenge. In just a few years, it is estimated that half the world’s population will live in water-scarce areas, so to ensure that all people have access to water, we all need to innovate to help conserve and reuse this precious resource.” Adam Selipsky, CEO of AWS.

In water efficiency’s first strategy, AWS uses advanced cloud services such as Internet of Things (IoT) technologies to analyze water usage in real-time and identify and fix leaks. It also improves operational efficiency by eliminating the use of cooling water in many of its facilities for most of the year and instead using external ventilation. For example, Ireland and Sweden do not use water to cool their datacenters for nearly 95% of the year. AWS also invests in water treatment systems that allow you to reuse water several times, minimizing consumption for cooling.

For sustainable sources, AWS uses recycled water and rainwater harvesting whenever possible. In Northern Virginia, USA, AWS claims to have been the first datacenter operator in the state to be approved to use recycled water in natural evaporative cooling systems. AWS already uses recycled water for cooling in 20 datacenters worldwide and plans to expand this initiative to more facilities.

Additionally, AWS is finding more ways to return water to communities after maximizing its use in datacenters. In the US state of Oregon, AWS provides up to 96% of datacenter cooling water free of charge to local farmers for irrigation of corn, soybeans and wheat crops.

A complete overview of how AWS will become water+ by 2030 can be seen at https://sustainability.aboutamazon.com/water. Also, at this link, you can find Amazon’s Water Stewardship in Data Centers.

And what do Microsoft, Google and Meta do?

Microsoft made a similar announcement to AWS in 2020, saying it would make continued investments to advance the reduction and replacement of water in its operations. This would include a sustainability design standard covering Microsoft’s global locations.

Google, which announced its goals in September 2021, has stated that it intends to replenish 120% of the water consumed, on average, in offices and datacenters by 2030, focusing on three areas: better management of water resources on campuses and datacenters; replenishing and improving the health of watersheds and ecosystems in water-scarce communities; and sharing technology and tools to help predict, prevent, and recover from water stress.

Meta‘s water+ intentions were announced a month earlier, in August 2021, stating that its water restoration efforts would begin in regions with high water stress and by using technology to increase the water efficiency of facilities. The company claims that water restoration projects are expected to replenish more than 850 million gallons of water annually. In these regions with high levels of water stress, such initiatives restored an estimated 595 million gallons of water in 2020.

Resources monitoring
The future of infrastructure is both, sustainable and digital

Resources monitoring
AWS wants to be ‘water positive’ by 2030