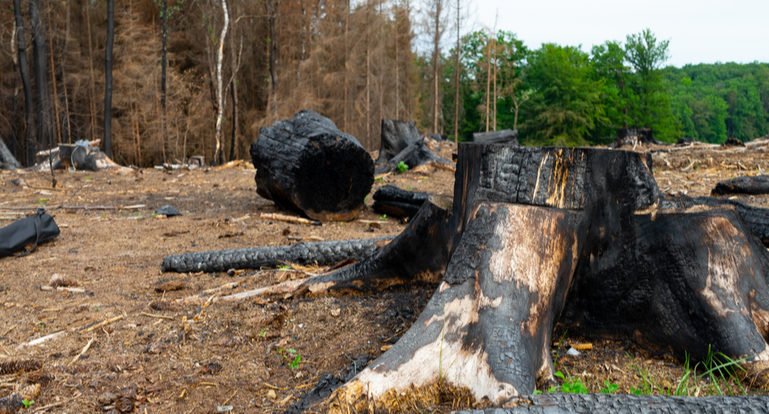 A German startup, Dryad Networks, is proposing a solution to help detect forest fires. Silvanet can be considered an Internet of Trees and is composed of a network of sensors powered by solar energy and connected in a wireless mesh, operating as an early warning system to identify forest fires.

The idea of an IoT (Internet of Things) network connected to the natural world was conceived by the founders of Dryad Networks when large fires devastated the Amazon rainforest in 2019. The team successfully tested a minimum viable product in a German forest in May 2020.

Silvanet is composed of sensors that use Artificial Intelligence to detect gases emitted in the initial stage of forest fires and measure temperature, humidity and air pressure. The infrastructure is able to detect these elements in less than 60 minutes, increasing the chance of extinguishing the fire before it spreads. On the other hand, solutions using cameras and satellites can take hours or even days to identify forest fires, because they depend on the smoke column sufficiently developed to be detected at a long distance, according to Dryad’s explanation.

Other Silvanet components are gateways with Dryad’s patent pending distributed mesh architecture – an extension of the LoRaWAN (Long Range Wide Area Network) open standard that enables radiofrequency communication over long distances with minimal energy consumption. According to the company, Dryad gateways cover very large forests, exceeding the 12 km extension supported by other LoRaWAN gateways, where there is no mobile network coverage. Dryad border gateways connect to the Internet wirelessly or via satellite to access the Dryad platform in the cloud. The fourth Silvanet is a cloud dashboard to analyze and monitor indicators and issue alerts.

Last October, Dryad secured an initial capital of € 1.8 million from four investors to develop its Internet of Trees. In March 2021, the company raised a new round of investments worth € 1.6 million, this time from ProFIT Brandenburg, a program sponsored by the Ministry of Economy, Labor and Energy (MWAE) in the German state of Brandenburg. Dryad will use the total value to accelerate the product development process, from the R&D and testing phases to the product launching. The company is expected to start two proofs of concept in Germany and Africa in mid-2021.