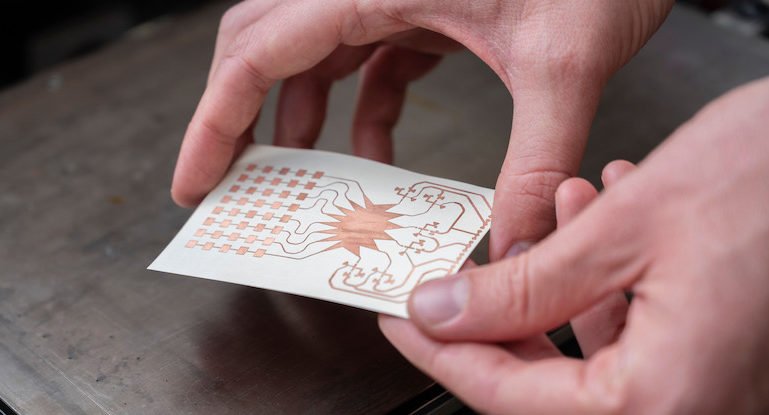 Researchers at Georgia Tech have developed a flexible antenna to capture millimeter waves in 5G networks and transform them into electrical energy. This technology has the potential to transform wireless data networks into wireless electrical networks, for example, to power Internet of Things (IoT) devices that currently need batteries to operate.

This solution uses Rotman lenses to concentrate multiple millimeter-wave beams from 5G networks into a consistent flow. With this innovation, an antenna can capture waves coming from any direction. There have been other attempts in the past to capture energy at high frequencies, but the antennas used would only work if they were aligned with the base stations. There was no way to extend the coverage angle. Demonstrations of Georgia Tech’s technology reveal that this antenna can capture 21 times more energy compared to other antenna models while maintaining the same angular coverage.

According to the Georgia Tech researchers, the United States’ FCC (Federal Communications Commission) has authorized 5G networks to concentrate energy in a much more dense manner compared to previous cellular network generations. In this way, there is an opportunity to capture unused energy that would otherwise be wasted. In addition, this innovation opens up a new business field for telecommunications companies – energy-as-a-service, eliminating the need to use batteries for IoT devices in smart cities or agricultural applications.

The new antenna is in the experimental stage and there is no prediction of when it will be commercially available. Experiments still focus on a range of fewer than 3 meters, with a theoretical maximum of 16 meters.