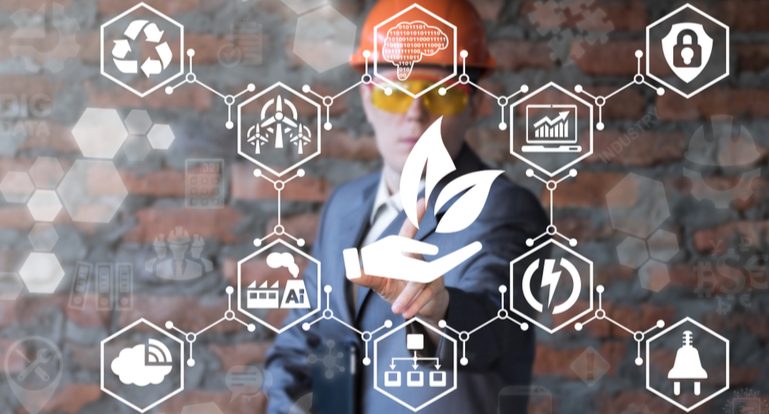 Smart technologies such as IoT, mobile big data, and artificial intelligence (AI) can contribute 40% of the reduction in carbon emissions needed to limit global warming to 1.5°C above pre-industrial levels. The claim comes from the GSMA (Groupe Speciale Mobile Association), a global organization that represents network operator interests around the world, bringing together more than 750 of them and around 400 companies from a wider ecosystem.

The organization is calling on business leaders and policymakers to harness the potential of mobile connectivity and smart technologies to achieve the goal of fully de-carbonizing the planet by 2050. As part of a GSMA-led initiative, more than 50 mobile operators disclosed their environmental footprints and greenhouse gas emissions through the internationally recognized CDP global disclosure system.

By comparison, mobile networks account for about 0.4 percent of global emissions, but the communications technologies they enable help to avoid emissions by a factor of 10, says the GSMA, largely as a result of lower electricity, gas, and fuel consumption.

And you don’t need to invest in so many new technologies to drive the development of the low carbon economy. Smart connectivity capabilities already exist. However, GSMA research shows that they are significantly underused by energy-intensive sectors such as manufacturing and the energy sector itself.

Connectivity technologies are used in only 1% of the manufacturing sector worldwide. In energy, they are used in around 35% of solar power grids and 10% of wind power grids on a global scale – meaning it is an untapped potential that could help achieve almost 40% of the emissions reductions needed to meet the 2030 targets for these sectors to become ‘zero carbon’ by 2050.

“Many may think that we will need new future technology solutions to meet ‘zero carbon’ targets. At the GSMA, we disagree with that. We believe that many of the smart tools and technologies to reduce emissions, especially in the energy sector, are already available – they are just not being used to their full potential,” says Mats Granryd, GSMA director-general.

GSMA’s research focuses on four energy-intensive sectors, (manufacturing, energy, buildings, and transport); it also looks at agriculture and work/health/life. It shows how broad smart technologies and connectivity can promote by 2030 an emissions reduction equivalent to the decommissioning of 2,700 coal-fired power plants.

In the case of the manufacturing sector, the GSMA evaluated the use of IoT (Internet of Things) sensors in smarter processes for production monitoring, diagnostics, and inventory tracking. And concluded that, with IoT technologies, it is possible to achieve a 16% reduction in emissions, which would be equivalent to the emissions generated by the manufacture of 140 million cars.

In the energy sector, 46% of the emissions reduction can come from the implementation of connected solar and wind power networks, which would be equivalent to the deactivation of about a thousand coal-fired power plants by 2030.

Among buildings, 43% of the emissions reduction can be made possible by installing smart meters for heating, ventilation, and air conditioning systems. Today, only 60 million commercial establishments have smart connections to electricity and gas grids, a small fraction of all buildings in the commercial sector worldwide.

In the transport segment, 65% of the emissions reduction could come from digital infrastructures to support electric vehicles, remote working, and fleet management, for example. This would be equivalent to 2.8 billion flights between New York and Paris in nine years.