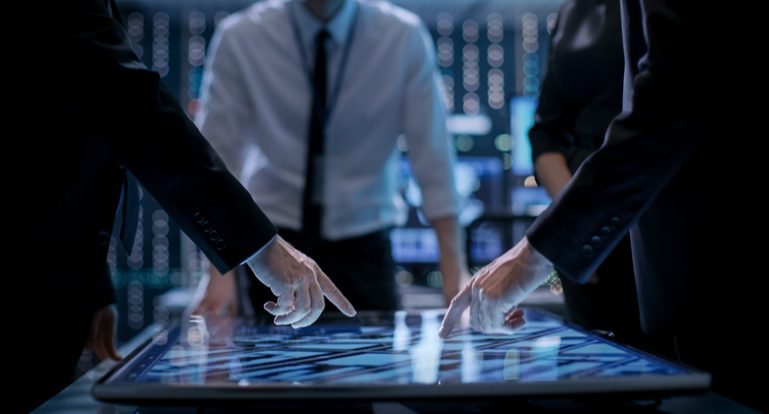 Large developments like The Edge in Amsterdam or cube berlin easily grab the headlines as magnificent examples of intelligent buildings. However, they do not represent much of the viable buildings that could also have intelligence in the coming years. What this may be suggesting, according to a study by IoT Analytics.com, is that smart buildings that already have an underlying technology infrastructure, i.e. have a building automation system in place, and others even more advanced in terms of digitization, which have a management system that digitizes various parts of the building, such as site access and security solutions, could be the next great frontier of digitization.

The survey highlights that the average US citizen spends 87% of their time in buildings, according to the US Environmental Protection Agency. However, the main technologies used on a large scale are not yet keeping pace with technological advances in other areas (e.g. smartphones, cars, or TVs). As such, smart buildings still have great potential to grow and make people’s lives more efficient, productive, joyful, and sustainable.

Currently, data centres are the smartest building type, with advanced scanning in 65% of the gross floor area. Hotels (46%) and educational facilities (41%) round out the top three smartest buildings. However, in the next two years, this ranking is expected to change. According to IoT Analytics, offices will be the second-smartest building type globally (with 52% of gross floor area with advanced digitization) and hotels will rank third (51.5%); data centers will remain at the top (71%). Warehouses are expected to have the highest digitization rate (from 27% to 49%). And today’s least intelligent building types should catch up (except historic buildings).

According to IoT Analytics, more than half (52%) of the total floor area of all smart buildings uses some form of connected heating, ventilation, and air conditioning (HVAC). State-of-the-art HVAC systems allow settings to be modified centrally (e.g. via smartphones) or predefined usage rules to be established. In some cases, Artificial Intelligence (AI) is even used to learn about user behavior. Other data, such as room occupancy or external temperature as well, are used to optimize the systems. The equipment itself has algorithms to predict failures and thus reduce maintenance costs and downtime.

Other applications with high adoption rates are air quality monitoring (48%), which is seeing one of the highest demand growths of all 26 cases analyzed by the IoT Analytics study, likely as a result of the COVID-19 pandemic. Another sought-after application is alarm systems with sensors (47%). The research forecasts the average investment in a use case to grow 13% over the next two years.

What’s behind these and other smart building initiatives are new government regulations and incentives, according to IoT Analytics. Among respondents, 89% said these incentives had some influence on their decision to digitize buildings. Regulations also had an influence on the progress of the initiatives – for 45% of respondents, new regulations were a significant factor driving the creation of smart buildings. Cost savings, improved user satisfaction, and sustainability also impacted decision-making processes.

And no wonder sustainability has influenced decisions. According to a 2021 UN report, more than a quarter (28%) of global energy-related CO2 emissions are attributed to the operation of buildings. This points to the need for buildings to become more energy-efficient, and in this context, digitalization can be a relevant enabler. For Fraunhofer, a research institute based in Germany, connected HVAC systems combined with connected blinds and windows can save up to 10% of the total energy used to heat and cool buildings. Therefore, many regulations and incentives focus on sustainability, such as Germany’s Federal Funding Scheme for Efficient Buildings and the San Francisco Green Building Programme in the United States.

The study highlights that smart building use cases with a direct effect on sustainability result in a higher ROI (Return on Investment) than other use case categories (93% of them show a positive ROI). These use cases are also expected to be adopted more quickly over the next few years – 15% increase over the next two years versus an average increase of 13%.

Despite so many opportunities for building intelligence, it’s often not clear where to start. For 52% of those surveyed by IoT Analytics, finding the right provider is difficult. For them, a lack of knowledge about who can help is a major challenge in driving smart building initiatives. For the more fortunate who “already found a suitable supplier,” this help was the second most important factor in making their efforts successful, second only to “proper planning” prior to the start of projects.

The conclusion is that suppliers of solutions for intelligent buildings need to guide the market better and show other references than the most flashy and high-value projects. They need to show examples of real-world buildings that, equipped with intelligent features, can offer positive results and point the way to successful projects.