IoT investment to remain a priority for the next 18 months 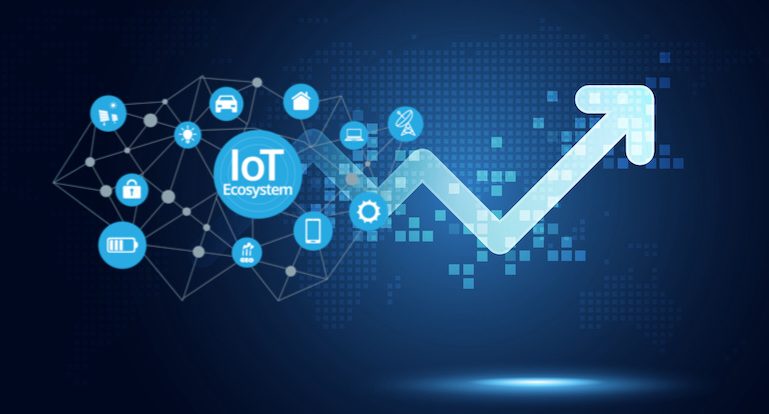 IoT is fundamental to business cases and the foundation for enterprise performance across various industries. As such, it is a high-budget priority and will remain so for the next 18 months, according to Eseye’s “2022 State of IoT Adoption Report” study. However, it has undergone a profound shift in the last 12 months regarding benefits. There is a greater focus on operational efficiency, cost reduction, revenue generation and profit rather than a competitive advantage.

In summary, budgets – which were already high in 2021 and 2022 – have increased once again, with 96% of the 500 participating Senier decision makers stating that IoT investments will continue to grow. Likewise, the number of devices in use will also continue to increase.

Does this mean that the IoT has finally come of age? The study’s statement is a resounding yes! Almost two-thirds of respondents (64%) said IoT is either mature or its adoption is growing significantly. Companies are moving forward with their projects despite economic uncertainty, which is one of the most vital indicators of IoT coming of age.

Last year’s survey edition revealed security, hardware design, integration, device testing and certification as challenges to adopting IoT solutions. This year, these challenges seem to have persisted, with device and environmental security as the third most cited challenge (22%), followed by device integration (21%), and hardware design.

Moreover, in the face of the greater complexity of the latest IoT deployments, specialist support and expertise are being demanded more. Perhaps this is why more than eight in 10 respondents (81%) said they use managed services or skilled professionals in their deployment projects or ongoing asset management.

In opposition to the challenges, some technologies are helping to drive IoT adoption. According to the study, the top ones are 5G/LTE private access (in the first place, with 36% of citations), smart edge hardware, remote access and cloud. In the 2021 survey, 5G was listed in fourth place. This advance can be attributed to the promise of significant improvements in latency and bandwidth.

Even though IoT projects are growing across the board, there is some difference between adoption and challenges depending on the industry (vertical) addressed.

Among the five segments surveyed, the supply chain and logistics sector had respondents with more than 100,000 IoT devices in the field, stating that this number is expected to double (67%) or triple (33%) in the next 18 months.

Furthermore, this industry had the highest percentage of respondents (19%) stating that IoT is reaching maturity and that deployments are being successful and generating results, even though more than a third (38%) reported that IoT is only in its early stages. From these numbers, it can be concluded that the industry is still divided.

Security of devices and the environment is the main challenge for supply chains and logistics (24%), perhaps due to the high movement of IoT devices in this activity and the higher chance of damage or tampering.

For the smart retail sector, operational efficiency was the top-rated benefit delivered by IoT initiatives (39%). This was the top overall benefit for all verticals surveyed, except manufacturing, which highlighted entering new markets as a significant advantage offered by IoT solutions.

As challenges, the smart retail sector highlighted device integration, reliable cellular connectivity, and hardware design (22%). With all these challenges intertwined, it’s no surprise that this segment had the highest share (38%), saying that a single platform for IoT connectivity, regardless of vendor, would make their initiatives more successful.

In addition, smart edge hardware was ranked as the top IoT driving technology (40%) by this industry.

The manufacturing segment, which, as stated earlier, prioritises entering new markets (32%) as a benefit of IoT initiatives, cited managing multiple operators as the main challenge (25% of respondents).

Private 5G/LTE access, meanwhile, is one of the key driving technologies for the manufacturing sector, cited by 41% of respondents.

For the healthcare sector, the main benefits delivered by IoT initiatives are profit generation (32%) and cost reduction (31%), larger shares than other verticals surveyed. More subject to cyberattacks in recent times, organizations in this segment said device security had been the biggest challenge (24%, same share as the supply chain and logistics sector).

Smart edge hardware was named as one of the main driving technologies for IoT projects (41%).

Although under extreme pressure due to a large number of patients served and high demand, this sector recognises the value of IoT initiatives, with 97% of respondents saying they intend to increase their budgets for this type of project, the second highest among the verticals surveyed. This segment was also the biggest user of professional and managed services, with 85% saying so.

The area of electric vehicle charging and smart grids has witnessed an increase in the number of IoT devices in the field, in the 500,000 to 100,000 unit categories.

When asked if IoT will be a priority in the next two to three years, 80% of respondents from this industry sector said yes, the largest share of the interview, next to the healthcare segment.

In terms of challenges affecting IoT initiatives, the industry highlighted managing multiple contracts with operators or providers, which is not surprising given the dispersed nature of IoT infrastructure. In response to what would make future IoT initiatives more successful, more than a third (38%) said that specific good IoT partner experience in this vertical would be beneficial.

Overall, intentions to increase budgets were high across all sectors, above 90%.