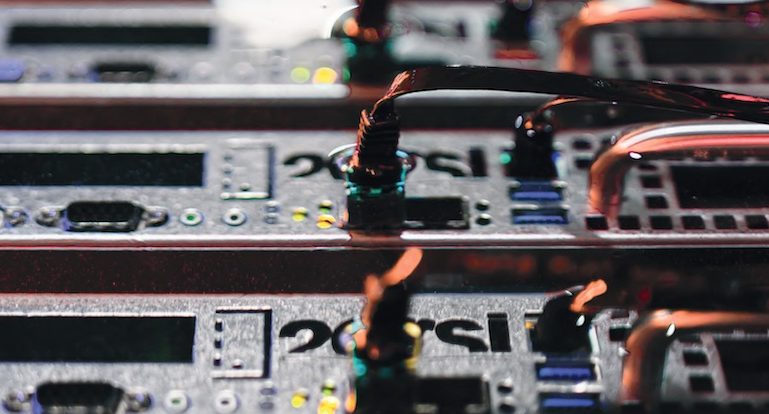 Intel announced two initiatives to invest in more sustainable solutions for datacenters. One involves more than $700 million to create a next-generation R&D mega-laboratory focused on innovative technologies for heating, cooling, and water use in datacenters. Another is related to the first open intellectual property liquid immersion cooling solution.

Construction of the new mega lab will begin later this year in Oregon, Oregon, and is expected to open in late 2023. The environment will test Intel datacenter products such as Intel® Xeon®, Intel® Optane™, network interfaces and switches, Intel® Agilex™ FPGAs, Xe architecture, Habana accelerators, and other products in development. The lab will also feature demonstrations of advanced technologies for customers and partners to observe and test Intel products in a variety of datacenter environments.

The preliminary solution and proof-of-concept of the open intellectual property immersion liquid cooling solution for datacenters will be completed in partnership with Intel Taiwan and the local ecosystem using a phased approach, with plans for global expansion. According to Intel, this is in response to the growing trend of datacenter energy density. These environments represent about 1% of global electricity demand and account for about 0.3% of carbon emissions worldwide. On the other hand, research shows that immersion cooling with energy reuse can reduce carbon emissions by 45% compared to traditional solutions.

According to Persistence Market Research, the datacenter liquid cooling market is expected to grow at a compound annual growth rate of 25.8% between 2022 and 2032, driven by the demand for green environments and the high cost of energy.In addition to initiatives aimed at data center sustainability, Intel Corporation announced in April plans to further reduce its direct and indirect greenhouse gas emissions and develop more sustainable technology solutions. The company has committed to zero net emissions across its global operations by 2040, increase energy efficiency and reduce the carbon footprint of its products and platforms with specific targets, and work with customers and partners to create solutions that follow suit across the technology ecosystem.

In the Spanish city of Aragon, the company Best Wonder Business (BWB) plans to create a 16MW datacenter powered entirely by solar energy. The project will be realized on the Huesca Logistics Platform (Plhus) park and will consume €230 million in phases.

The first stage, an 18-month, €110 million investment, will begin this year and will include the construction of four photovoltaic plants in the towns of Alfajarín and Perdiguera in the province of Zaragoza, which will generate 178 MW that will power the datacenter in the future. The solar farms will be built by Progressum Energy Development, a subsidiary of BWB founded in 2012 to engage in the development of renewable energy projects.

The second phase will then build the data center on a 40,000 m² site in Plhus during 2023 and should be completed in 2024. The data center development, construction and operation project will be conducted in two distinct phases by the subsidiary Greenest Aragón Datacenter.

The company expects to create about 1,200 jobs during construction and 60 jobs linked later to the operation and maintenance of the plants. The data center, meanwhile, will generate 1,000 jobs, including those generated during the construction phase. Of this total, it is estimated that about 200 skilled jobs will be maintained when the environment is in operation.

The new datacenter will be located next to one of Amazon Web Services’ (AWS) three datacenters in Huesca. Amazon’s other two datacenters are being built in Villanueva de Gállego and El Burgo. Amazon intends to make the Aragón region a world reference through strategies to attract businesses, promote professional training in the digital area, and make the regional administration a pioneer in cloud services.