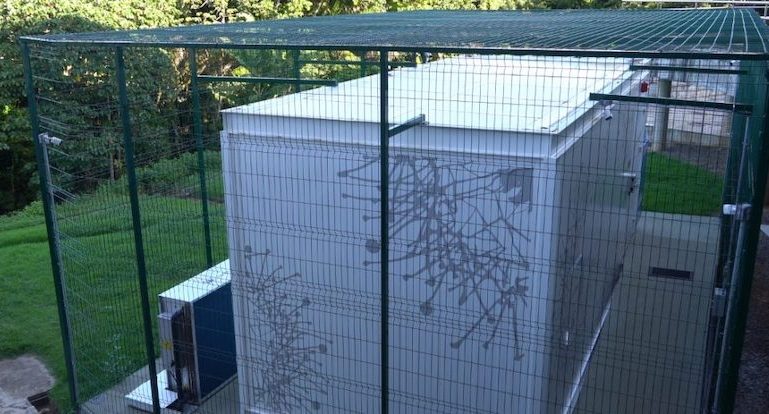 Security, speed, and stability are the main concerns in analysis work involving large volumes of data. Because of this, the Center for Integration of Data and Knowledge for Health (Cidacs/Fiocruz Bahia), which develops one of the largest population studies in the world based on information from more than 130 million Brazilians, inaugurated a datacenter to process administrative and health data from the country in early June.

The structure is located in a container attached to the Tecnocentro building – where Cidacs operates. The data center will increase the efficiency of the processing of large social and health databases. “The datacenter will increase our capacity to absorb new research projects and speed up the work already underway,” says Mauricio Barreto, Cidacs’ coordinator. Currently, the center develops dozens of scientific projects dedicated to investigating the impact of social and health policies on the population, relying on national and international cooperation and partnerships.

In the field of scientific research, the Datacenter Container enables greater storage and integration of social and health data that allows science to obtain information on social determinants of health, epidemiological aspects related to various diseases, and evaluations of public policies. Thus, Cidac has aroused the interest of national and international agencies interested in understanding the dynamics of certain diseases, based on demographic, social, and economic contexts, among others.

For the vice-coordinator of Cidacs/Fiocruz Bahia, Maria Yury Ichihara, among other gains that the new datacenter will provide are related to Brazilian scientific research on social and health inequalities in the country. “We will be able to link new databases of social programs, such as Happy Child, School Census, or the Annual Report of Social Information, and thus deepen the analysis of social determinants and impacts of policies on health events in specific population strata,” she says.

The datacenter contains in its structure computational systems that bring together the Secure Room of Cidacs/Fiocruz Bahia, which houses individualized data that needs to be protected, the analysis environment and the administrative area, as well as telecommunications resources and power generator. “Two computational clusters are already installed and will be expanded, and another cluster is planned to be installed by the end of 2022,” explains Roberto Carreiro, responsible for the Cidacs data platform.

The new datacenter at Cidacs/Fiocruz Bahia is part of the actions of a project funded by the Bill and Melinda Gates Foundation. The project has an infrastructure arm, in which the datacenter is inserted, and another for research related to the evaluation of primary care services in maternal and child health.

Inaugurated in December 2016, Cidacs/Fiocruz Bahia emerged with an innovative proposal to conduct studies and research from a platform that hosted large volumes of individualized data. The goal of the initiative is to allow an agile, robust scientific production, capable of achieving scientific evidence in proportions not reached before and with low costs. The center uses administrative data from various social and health information systems of the Brazilian government and performs a series of procedures, such as cleaning, standardization, and harmonization, to make them suitable for research.

One of the main products is the cohort with administrative data, which gathers data from more than 130 million individuals who belong to low-income families and are eligible for social programs of the federal government. Research on leprosy, zika, dengue, Covid-19, and mental health investigations exploit the cohort for a more effective analysis of health and social policies over time.

In recent years, Cidacs/Fiocruz Bahia has increased its human resources by 180%, from 60 people in 2017 to 170 in 2021. Currently, it has 28 active projects and 22 subprojects (some with funding from international agencies). Partners and collaborators are in various parts of Brazil and around the world, such as the United Kingdom, United States, Austria, Chile, Ecuador, and Argentina. More than 70 peer-reviewed scientific articles have been published by Cidacs researchers.

The Oswaldo Cruz Foundation originated on May 25, 1900 with the creation of the Instituto Soroterápico Federal in the northern region of Rio de Janeiro. It was created to produce serums and vaccines against bubonic plague, but has since evolved and today is one of the main public health institutions in Brazil.