BigTechs are fueling the climate crisis 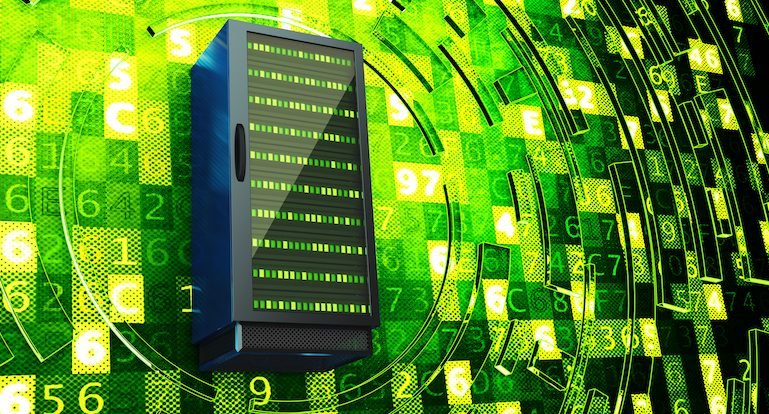 For the first time, Microsoft has released metrics on energy and water consumption of its data-centers, as a response to the discussion at the COP26 global climate conference held in November 2021. At the event, it was discussed how the lack of reliable and consistent measurements hinders progress on the path to zero greenhouse gas emissions (Net Zero).

To overcome the challenges present in measuring carbon emissions in its operations, and make emissions accounting more reliable and interoperable, Microsoft – together with the ClimateWorks Foundation and 20 other organizations – launched the Carbon Call initiative. It also developed the Microsoft Cloud for Sustainability platform to provide organizations in general with more efficient ways to combine different data sources in one place and gain insights on how to improve sustainability approaches.

The result is that Microsoft now claims to have measurements that match reality. The company tracked data center numbers globally and in the various geographic regions in which it operates – the Americas, Asia-Pacific, and EMEA (Europe, Middle East, Africa).

One of the measurements used has to do with Power Usage Effectiveness (PUE), i.e. how much energy the data center consumes in its operations – power, cooling, lighting, and processing servers and networks. The closer the PUE number is to 1, the more efficient the energy use is.

Microsoft’s commitment is to continually innovate in the design and maintenance of its data centers to get as close to 1 as possible. In the chart below, the blue bars show the estimated or projected PUE numbers, while the gray bars show the actual PUE numbers for Microsoft facilities. Just as an example, Microsoft points out that in the Asia-Pacific region, the actual PUE is the highest, in part due to higher ambient temperatures that require more cooling of data centers.

Similarly, Microsoft measures Water Usage Effectiveness (WUE) in its data center operations. As with PUE, there are variables that can impact this number, many related to the location of the facility. Data centers in colder parts of the world, such as Sweden and Finland, require less water for cooling. The following graph shows in blue the estimated or projected WUE values and in gray the actual values. Again, the Asia-Pacific region has the highest WUE due to the higher ambient temperatures and consequently the need to use water cooling in some places.

Microsoft points out that it continues to adopt technologies to reduce water use, such as those used in the data center in Phoenix (Arizona, USA), where outside air is used most of the year to cool the servers. It also does cooling using direct evaporation, which requires a fraction of the water compared to other conventional water-based cooling systems. In addition, by powering the data center with solar energy from the Sun Streams 2 project, it replaces the water used in the traditional power generation process, seeking to save 356 million liters annually.

Last March, Microsoft also shared its annual sustainability report, in which it reported progress in Scope 1 and Scope 2 emissions, with a reduction of about 17% year over year, based on the purchase of renewable energy. However, the company recorded a 23% increase in Scope 3 emissions in the same period. Scope 3 emissions represent the total emissions across the company’s entire value chain. The company comments that it is working with industry partners, including Infrastructure Masons, to increase the transparency of data on carbon emissions in the data center supply chain.

While it is relevant that companies of Microsoft’s size publish sustainability data from their data centers and try to reduce their emissions, the money the big technology players have in the bank undermines all these efforts.

This is stated in the report “The Carbon Bankroll: The Climate Impact and Untapped Power of Corporate Cash“, which provides an analysis of the hidden climate impact of the finances of large companies in order to understand the scale of emissions generated by corporate cash, investments, and financial practices.

The study was published jointly by environmental groups Climate Safe Lending Network (CSLN), The Outdoor Policy Outfit (TOPO) and BankFWD. . This consortium examined the corporate financial statements of Big Techs to find out how much cash they had on hand, and then calculated how much carbon each dollar may have generated in environmental impact. It concludes that for several companies, including Microsoft, Google, Meta, and PayPal, the emissions generated by their investments and cash exceed all other emissions combined.

According to the consortium’s calculations, Google’s carbon emissions would have actually increased by one hundred and eleven percent overnight. Meta’s emissions would have increased by one hundred and twelve percent, and Apple’s by sixty-four percent. In the specific case of Microsoft, in 2021, the emissions generated by the $130 billion the company had on hand plus its investments would be comparable to the cumulative emissions generated by the manufacturing operations, transportation, and use of all the company’s products worldwide.

For Amazon, in 2020, the total $81 billion held in cash and short-term investments generated more emissions than the energy purchased to power all company facilities worldwide, including data centers, fulfillment centers, physical stores, and other facilities.

The Carbon Bankroll study suggests that just as companies work to decarbonize their operational and energy supply chains, they can contribute to decarbonizing their financial chains by pressuring banks to reduce fossil fuel financing. In doing so, they would help achieve their corporate climate goals and also improve the climate performance of the financial sector.