Microsoft’s datacenter to use sustainable microgrid 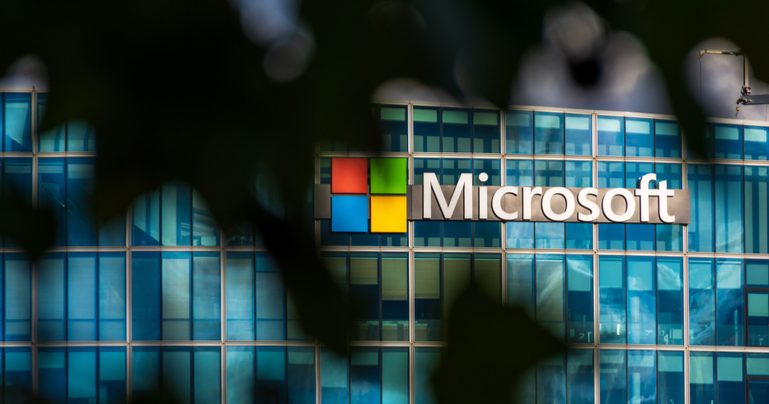 Microsoft will adopt a microgrid system in its new datacenter located in San Jose, California (USA). According to Enchanted Rock, the energy resiliency services provider contracted by Microsoft for this project, the datacenter will be powered entirely by renewable natural gas and will use the microgrid as the back-end power source for operations.

According to Brian Janous, general manager of datacenter energy and sustainability at Microsoft, with the goal of becoming carbon negative by 2030, this project will allow the company to take a step toward eliminating dependence on diesel fuel while increasing datacenter resiliency.

By 2050, Microsoft also intends to remove from the environment all the carbon it has emitted directly or through electricity consumption since its foundation in 1975.

Enchanted Rock expects this project to exceed the current California Air Resources Board emissions requirements for distributed generation, with local emissions 80% to 96% below Tier 4 diesel standards. Microsoft’s decision to pursue renewable microgrids is another milestone in an industry that seeks to move away from conventional, less environmentally friendly methods. We hope this project will demonstrate that large-scale, reliable, and cost-effective zero-carbon backup generators can become the new standard,” says Thomas McAndrew, CEO of Enchanted Rock.

Energy for the microgrid will be supplied by zero-carbon renewable natural gas, injected upstream into the pipeline to offset fossil gas use. Enchanted Rock’s sources for this gas are captured from facilities that emit methane, such as food waste and agricultural operations, part of the circular economy that is emission neutral or negative.

This new Microsoft datacenter is being built on land purchased in 2017 and will be part of global installations of the Azure platform. The microgrid is expected to begin operation in 2024 and will include 224 natural gas generators, each with a capacity of 0.45 MW.

But what are microgrids?

They have been with us for decades, but have become an important technology for datacenters that are increasingly driven by energy efficiency, reliability, sustainability, and cost reduction. They can also be used by any other type of operation that needs to rely on these characteristics. In a nutshell, microgrids are clusters of energy resources in limited space, whose purpose is to maintain the flow of power to users close to the main grid failure. They can also help manage costs and reduce carbon emissions.

There are two basic types of microgrids, those connected to power grids and those that are remote. Connected models are more common in places with a well-established central grid. Microgrids can also sell surplus power when prices are attractive or when demand is under pressure.

Most microgrids are stationary, but there are models that can be moved to areas in need of power. Regarding energy sources, there are microgrids that use traditional or renewable fuel, fuel cells or natural gas.

There are microgrids that can grow according to demand by adding modules. Others are called “in-a-box” because they are partially assembled at the factory for easy installation at the point of use. Nanogrids, on the other hand, are scaled-down models that can serve a single building, for example.

In terms of cost, “energy-as-a-service” models require no upfront investment or only a small amount, and you only pay a monthly fee. The goal of the providers of this service is to keep the monthly charge below what one would pay the local power utility. There is also the option of leasing.

For Nancy Novak of Infrastructure Masons, microgrids will gain more importance over the next few years, and she wouldn’t be surprised if she starts to see some of the big business players acting as “quasi-utilities,” with their own sources of energy and selling the surplus to neighboring communities.

In the specific case of Latin America, the datacenter construction market is underdeveloped compared to major centers such as North America and Europe. However, it is expected to grow rapidly, stimulated by digitalization, government initiatives, and increased adoption of Big Data and cloud analytics solutions. The compound annual growth rate for this sector of 7% over the 2022-2027 period, according to Arizton’s latest report, is also expected to come hand in hand with the increased adoption of microgrids.

In pace with the growth of microgrids for datacenters comes the control systems for these architectures, which can be distributed and complex. Microgrid controllers are usually a combination of software and hardware aimed at efficiently managing, for example, power generation, use of specific sources, input/output current, and storage. The global market for microgrid control systems was estimated at $2.7 billion in 2022 and is expected to reach $4.5 billion by 2026, growing at a compound annual rate of 12.1%, according to StrategyR figures.

Enchanted Rock’s “The State of the Grid: Improving Energy Solutions for Evolving Digital Infrastructure Power Needs” helps to understand how microgrids can be an alternative, resilient, and carbon-neutral power source for today’s technology ecosystems.