Seoul to pioneer public services in the metaverse 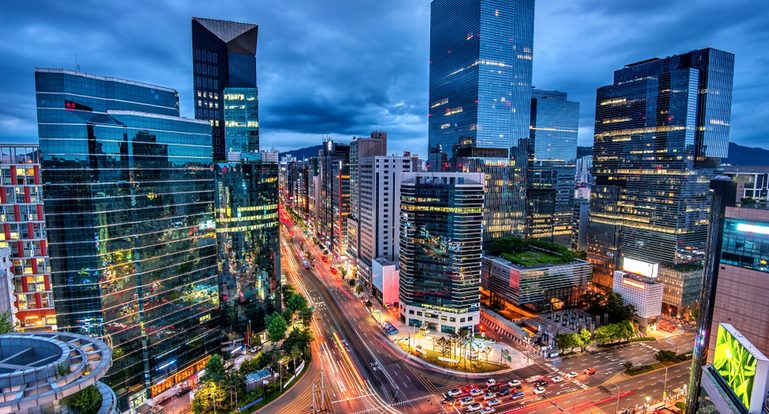 Seoul will be the first city to offer public services using a metaverse platform. The initiative aims to establish a contactless communication channel and should take shape by the end of next year, with an ecosystem bringing together all areas of the city administration (economic, cultural, tourism, education).

A pilot program will devise a virtual event to ring the bell in Bosingak Belfry later this year, and later the city government will set up business support facilities and services on the metaverse platform, including the Virtual Mayor’s Office and a lab for fintechs.

In 2023, the initiative plans to open the Metaverse 120 Center as a virtual public service center where avatars will play the role of civil servants. In addition, major tourist attractions in Seoul such as Gwanghwamun Plaza, Deoksugung Palace, and Namdaemun Market will be featured in a Virtual Tourist Zone, and lost historical features such as Donuimun Gate will be recreated in virtual space.

From 2023, the city’s major festivals, such as the Seoul Lantern Festival, will also be held in the metaverse so that they can be enjoyed by people around the world. The city government will also develop services for socially vulnerable groups, with content on safety and convenience for people with disabilities using extended reality (XR).

The Seoul city government has already announced a five-year master plan for metaverse promotion, with 20 tasks for seven areas – economic, educational, cultural and tourism, communication, urban development, administrative, and infrastructure – reflecting the trends and demands of metaverse services in the public and private sectors. This is one of the key strategies to make Seoul a “future emotional city” in which tradition, present and future coexist to heal the daily lives of citizens exhausted with the consequences of COVID-19 and raise the city’s dignity.

If we consider video games to be a playful form of metaverse, Seoul City Hall’s initiative has everything to go down well with its citizens who, like Koreans, are avid gamers. One piece of evidence is the size of South Korea’s own gaming market, which is expected to exceed US$16.6 billion by 2021, driven by enthusiasts who have remained loyal since the days of arcade games. To give you an idea of the relevance of the game market in the country, it represents almost a third of the domestic automotive market.

However, the concept of a metaverse is not restricted to the confines of the gaming world. For example, Naver Z Corporation’s Zepeto is a South Korean metaverse platform with more than 200 million users worldwide, used for shopping and social networking. Brands such as Nike, Gucci, and Ralph Lauren already have online shops on Zepeto to sell digital products.

As well as buying, it is also possible to earn money in the metaverse – Zepeto Studio allows users to create their own items and trade them. The K-pop music genre industry is also investing in the platform. In 2020, YG Entertainment and Big Hit Entertainment announced an investment of around $10.4 million in Zepeto. Another South Korean sector that is investing in metaversos is telecommunications, with its own platform.

The South Korean government is betting on metaverses. In May 2021, the Ministry of Science and ICTs set up a Metaverse Alliance to coordinate and promote the development of this concept and associated technologies that already bring together some 500 companies, such as Samsung, Hyundai Motors, SK Telecom, and KT. The association is intended to be a vital part of the government’s plan to develop a virtually converged economy. The promise is to provide resources that will add up to US$ 26 million in 2022 alone.

And tradition in digital infrastructure

To support such a bold concept as the metaverse, the digital infrastructure cannot be limited to a few physical locations. It needs to be extensive, even if it looks local and exhibits ultra-low latency. We already know that virtual reality devices can make their users feel bad if latency or packet loss causes the virtual reality experience to stutter or stop. And while it continues to grow at a solid CAGR, if VR experiences were already great, the industry would be selling more devices than it is today.

In an article for Data Center Frontier, Phillip Marangella, CMO of EdgeConneX, points out that extrapolating these VR requirements to a broader, more powerful virtual environment will require smooth audiovisual transmission and synchronisation. Will there be an equivalent of adaptive bitrate processing for the metaverse? Will the first 30 seconds of a user’s experience in the metaverse suffer from low-resolution images and audio? Will users accept suboptimal results initially as compensation for a new and unprecedented experience? How quickly can the minimal infrastructure be built and operationalised?

These questions do not address things like security, acceptable meta-social behavior, authentication, or other critical topics that will affect how users respond to this promising new environment.

In a recent post, Matthew Ball, co-founder of Ball Metaverse Research Partners, and Jason Navok, CEO of Genvid Technologies, note that while it is true that cloud and network processing is accelerating, end-user device processors are accelerating at a faster rate, suggesting that a large portion of metaverse processing will occur locally on the device. However, even if we stipulate that they are exactly right, this still leaves large amounts of data, metadata, and processing power that will be needed on the device, but still relatively close to end-users.

None of this should be too much of a problem for Seoul, which has one of the highest scores in the latest smart cities report published by the Eden Strategy Institute. ‘Smart citizens’ are at the heart of the overall smart city plan laid out by the local government, side-by-side with infrastructure and services. The vision is to use IT throughout the city to transform the lives of citizens, including the most disadvantaged, through balanced regional development. The policy goals cover the fields of traffic, security, environment, social welfare, economy, and administration. Seoul plans to deploy 50,000 more IoT sensors across the city by 2022 to monitor particles in the air, wind direction, noise, vibration, and population movements.

In other words, Seoul has a state-of-the-art smart city infrastructure. … And it was already moving towards becoming a “free data city” by 2022, where anyone will be able to use public Wi-Fi for free anywhere in the city. Public IoT networks will be expanded, enabling services like shared parking and even citizen participation in the metaverse.