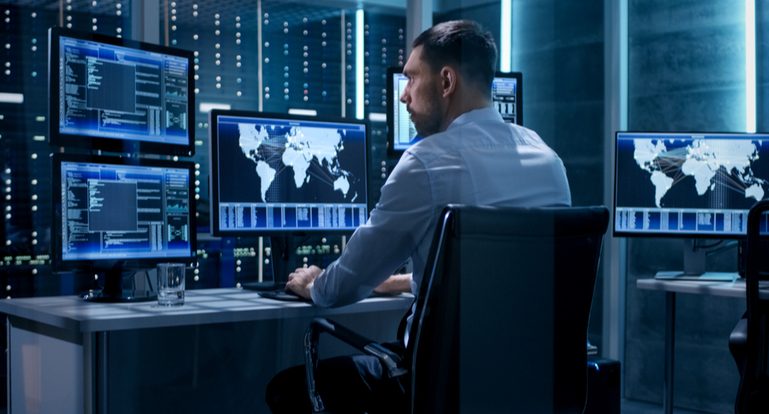 When it comes to IT Monitoring Software, which is better PRTG or Nagios?

If you’re here reading this, you’ve probably realized that your IT infrastructure has grown too complex. It’s nothing to fear, as it’s reflective of the fact that your business is growing.

But, it doesn’t change the fact that things might get out of hand if you rely solely on the IT team to monitor everything. The truth is that the task requires an all-encompassing tool to provide a bird’s eye view of your IT infrastructure.

But what tool to choose? There are probably several questions running through your head. It’s not your fault, as leading solutions such as Paessler PRTG and Nagios are incredibly competitive in their service offering.

The average user might not even notice the difference at first glance. But, as a deep dive into the comparison will reveal, there is a winner.

The truth is that both solutions are similar in their core product/service offering. We might be able to nitpick particular issues regarding bandwidth monitoring, traffic monitoring, application monitoring, etc. But, it won’t do us any good.

That’s why we look at additional yet significant aspects. These include:

With Paessler PRTG, you get 3 different UI’s:

Desktop Interface: Although not intended as the primary user interface, the desktop version lets you monitor your infrastructure. Especially with on-premises servers, the desktop interface can prove to be very useful.

On the other end, Nagios takes a different approach to what the interface should look like. Nagios XI is open source, and the front end is made by a community of developers. The frontend allows for configuration, which includes several different themes to choose from.

And like PRTG, Nagios also has a web, desktop, and mobile version.

There’s an argument to be made that making the interface open source has advantages such as customizability and control. But ask yourself the question, how much value does it add to the end goal of infrastructure monitoring? For many, the answer might be ‘not much’.

IT admins are not UI/UX designers. They might think they’re making the interface better, but it might add to complications for other users in the team. In comparison, the PRTG interface is simple, easy to use, and still get’s the job done.

Having said that, users seem satisfied with the interface of both Paessler and Nagios. Ratings for both software across different platforms are as follows:

So, it’s safe to say there’s no clear winner, and both solutions are tied for first place.

Let’s see how users rate both Paessler PRTG and Nagios in terms of customer support across platforms:

If we monitor closely, we can see a clear pattern emerging: both have almost the same rating. But, what’s important to watch closely is that Paessler manages to score this with a larger pool of users. In comparison, Nagios XI scores the same rating but with fewer users.

It’s essential to keep this in mind because user ratings often take a hit when the number of user rating increases. So does this mean PRTG is better? Well, one thing is clear: both rank high in customer support.

But if timely customer support is essential for your business, it might be wise to go with the solution with more user ratings, i.e., Paessler PRTG.

The pricing is divided into several packages. Costs vary depending on how large your environment is. Prices start at $1799, which includes 50 devices. There’s also a 30-day free trial included.

The pricing is divided into 2 packages: 1. Standard Edition 2. Enterprise edition. The standard edition costs $1995, which is the cheapest option available.

Additionally, there’s a third option available, i.e., Educational licenses. But, it’s not suitable for businesses. The educational license is intended for university students and is awarded only if the user is a student.

It’s clear that Paessler PRTG is the cheaper option. And upon closer look, you’ll see that both have similar service offerings in their standard packages. So for businesses that might have price as their top priority when choosing, Paessler PRTG seems like the better choice.

Let’s see how users rate both Paessler PRTG and Nagios in terms of ease of setup across platforms:

Based on user reviews across G2 and Gartner, specifically about ease of setup, it’s clear Paessler PRTG is the winner. In fact, you’ll see a stark difference between the ratings for the two.

Upon further research where we looked at specific user reviews, it’s clear there’s an issue with Nagios XI. Users dislike how hard it is to set up Nagios XI. As one user said:

As another user said:

Also, an important takeaway is that users clearly have an issue with Nagios XI’s setup process. There’s a pattern of complaints suggesting it’s too difficult to set up and configure Nagios XI. In comparison, Paessler PRTG has a smooth and easy setup process. While ultimately, the decision is yours to make, user reviews across several third-party platforms paint a clear picture.