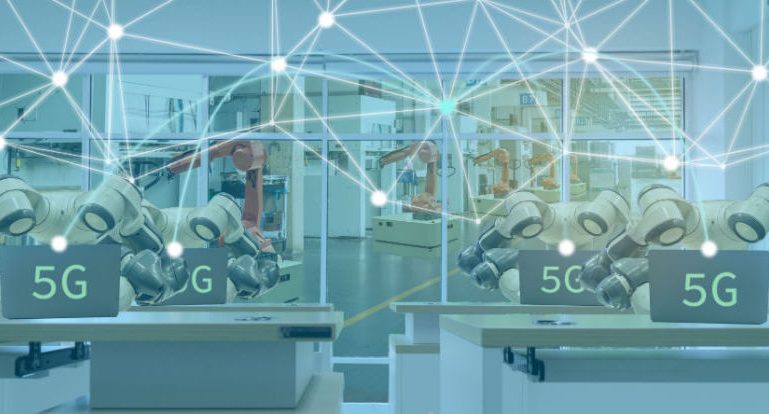 Nestlé, Ericsson, Claro and Embratel are carrying out what they claim is Latin America’s first 5G Standalone private network deployment, meaning it operates completely separate from the public mobile network, strengthening the security of the environment that uses confidential data.

This is also a world first for Nestlé, according to the Swiss food manufacturer. A move that signals the move from an automated factory to an autonomous factory, one of Nestlé’s Industry 4.0 aspirations. The solution will enable accelerated data processing, with transfer speeds 25 times faster than 4G, and the adoption of business-critical applications that require response times as low as milliseconds.

According to the company, the 5G network will make a huge difference in the company’s industrial environment, transforming ways of working and raising productivity, efficiency and safety levels. The project uses experimental frequencies licensed by Claro.

Nestlé says it has embraced a number of emerging technologies in recent years, such as robotics, automation, artificial intelligence and machine learning, virtual reality and autonomous vehicles. With the new private 5G Standalone network, this digital ecosystem will become even more reliable and pervasive, enabling innovative new use cases.

“With this unprecedented project, which will expose the benefits of 5G for Industry 4.0, Nestlé’s Brazilian operation will become a world reference. We will further optimise our processes and thus achieve important productivity and efficiency rates. This is another step in the journey of innovation and digital transformation carried out by Nestlé in Brazil, especially in our factory in Caçapava, known for developing new technologies later deployed in other industrial units of the company,” says Marcelo Melchior, CEO of Nestlé Brazil.

Among the benefits provided by the private 5G network to Nestlé are the simplification of the physical factory environment and the ability to connect a large number of devices to the same network. In addition, according to Rodrigo Dienstmann, Ericsson’s president for the southern cone of Latin America, this new solution will help Nestlé to rapidly advance in its digital transformation journey.

According to the Ericsson executive, this type of network is highly resistant against intrusions and attacks and gives critical operations the ability to meet the most stringent security requirements. It also provides reliable coverage throughout the industrial facility, both internally and externally, allowing full control over connected devices at no extra cost per gigabyte of data.

“5G networks offer new opportunities for innovation and are a crucial component of Industry 4.0 by providing adequate infrastructure, support, stability and latency. It also takes factories to a higher level of digitalisation through autonomous systems that will increase Nestlé’s operational efficiency. What’s more, new highly innovative applications can be implemented,” explains José Formoso, CEO of Embratel.

Claro and Embratel have created an innovation hub, beOn Claro, to enable interaction and dialogue with agents of the open innovation community. “The goal is to generate hardware and software initiatives that solve problems in an innovative and efficient way. All this using Claro’s assets, such as technology, infrastructure and talent to accelerate and develop new businesses that meet the demands of various sectors. “In this context, the partnership with Nestlé is being fundamental for the advancement of practical applications of Industry 4.0,” highlights, Rodrigo Modesto Duclos, Director of Innovation and Digital at Claro.

In August, Nokia and AT&T installed a Nokia private LTE network in Mexico at the APM Terminals port in Yucatán. This is the first deployment of private cellular networks in a seaport in the country. AT&T’s Mexico spectrum and the Nokia Digital Automation Cloud (DAC) platform are being used in the project.

“This is the first private cellular network for AT&T Mexico’s business unit. Our customers’ demands are always evolving, and we are keeping up with them, for example with private networks, which are increasingly important, especially in Industry 4.0 environments with many connected devices, where privacy, data control and performance are crucial,” says Gabriel Fernández, Director of Innovation and IoT at AT&T Mexico.

According to the companies involved, the 4.9G LTE network will provide broadband connectivity, lower latency and greater predictability, covering an area of 11.5 hectares, and will connect workers, IoT sensors, equipment and port vehicles. Applications served by the new network are expected to include remote and autonomous crane operations at piers and yards.

Nokia said it offers a platform for Industry 4.0, specifically for the mission-critical demands of asset-intensive industries such as port terminals.