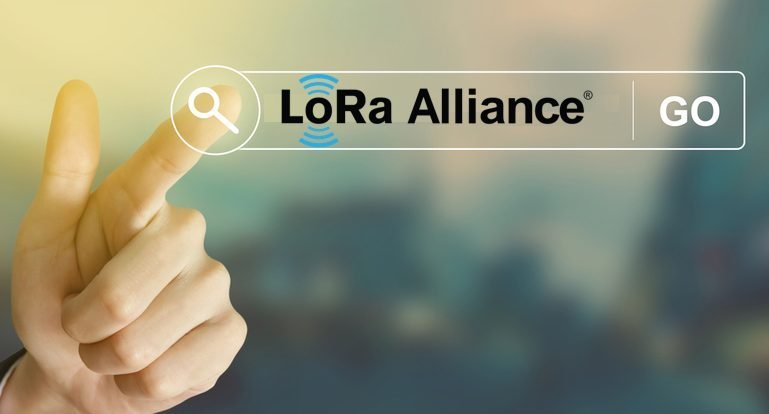 Lora Alliance, the global association of companies supporting the LoRaWAN open standard for low power networks (LPWANs), has been selected as the winner of the “Wireless Technology Innovation Award”, conferred by IoT Breakthrough.

LoRa is a new radio frequency technology, already present in many European countries, which allows communication over long distances with minimum energy consumption, and at a much more affordable price than those already on the market.

Its operation is based on a star topology network, similar to a cellular network. Its main applications are IoT (internet of things) systems such as sensors and remote monitors (pressure, light, on-off, temperature, etc.), especially those operated by batteries.

The name LoRa comes from the extremely long-range data links that the technology enables. The distances that LoRa signals can travel exceed 700 km . Generally, however, LoRa communications range up to three miles (five kilometers) in urban areas and up to 10 miles (15 km) in more rural areas.

Operating at the physical layer, LoRa enables devices to translate data into RF signals, sending messages over the air using chirp spread spectrum communications and license-free sub-gigahertz frequency bands. A key feature of solutions created for the Internet of Things (IoT) that use devices built with LoRa chipsets is their ultra-low power requirements. Sensors and other devices built with LoRa chips can last up to 10 years on a single battery.

LoRaWAN, on the other hand, is a network protocol that uses gateways communicating with LoRa devices and passing this information on to the network and end application servers.

And the LoRa Alliance, meanwhile, is a non-profit organization founded in 2015 by industry leaders across the IoT and machine-to-machine (M2M) sectors, which has a mission to standardize communication over long-haul, low-power networks (LPWAN) being deployed around the world to enable the Internet of Things, machine-to-machine (M2M), smart cities and industrial applications. By contributing their knowledge and expertise, the alliance members aim to ensure interoperability among operators to make LoRaWAN the standard for Internet of Things applications worldwide.

The LoRaWAN standard also offers the possibility for a given device to be served simultaneously by multiple gateways, which allows multiple network gateways to act as one, providing unified coverage to the device. In addition, LoRaWAN roaming is already accessible via satellite.

“What an incredible honor to be recognized in this way by IoT Breakthrough. Congratulations to our members who share a common vision of making LoRaWAN the global standard for LPWA networks while solving real-world problems for enterprises at scale and delivering real value, “, said Donna Moore, CEO, and President of the LoRa Alliance. “LoRaWAN is the only LPWAN that can scale globally, with most deployments, and its business model flexibility offers consumers the option to meet their IoT requirements like never before.”

“The number of IoT devices being deployed is accelerating rapidly, and LoRaWAN technology is having a tremendous global impact. In recent years, a variety of industries have adopted LoRaWAN and developed the leading IoT applications that make our planet smarter and safer,” said James Johnson, Managing Director of IoT Breakthrough.

Which applications are possible with LoRa(WAN)?

At the moment, there is no common transmission technology on the Internet of Things. Of course, the proven methods of WLAN, Bluetooth, and LTE are obvious; however, they are unsuitable for many application scenarios for various reasons.

They consume a lot of electricity, require a lot of bandwidth, offer only a small range or are expensive to use due to frequent charges. Often, several of these restrictions apply at the same time.

The scenarios for use on the Internet of Things are extensive: the smart home can already be found in many homes, at least in the form of app-controlled lights, sockets, and so on. “Smart” will revolutionize the way we live, work and travel in the future. Other topics, such as connected cars and wearables, on the other hand, are still in their infancy.

So far, there are only a few larger LoRaWAN networks, for example from Swisscom or SK Telecom in South Korea. In Germany, the Unitymedia grid launched a network in September with Conrad Connect. The Dutch initiative The Things Network (TTN), which has been active since 2015, is pursuing a very exciting community approach across national borders.

The Things Network now consists of more than 5,000 Internet-connected gateways worldwide – and the number is increasing rapidly. The use of the LoRaWAN network in all areas of IoT is an option and is therefore in direct competition with other providers such as Sigfox.

What are the differences between LoRa, Sigfox and other providers?

There are, of course, the different concepts of technology, which you can read about in our articles on Sigfox. In addition, both terms also differ in the business context.

Although there are many LPWAN technologies, when comparing the current most important IoT communication technology providers (and probably also in the future), we should focus on Sigfox, LoRa, and MIOTY because these technologies are actively developed or implemented. Other proprietary protocols and stacks, such as the Dash7 Alliance protocol, have not gained as much traction.

SigFox was founded in 2009 and is a French company based in Labège, France. SigFox probably has the strongest attraction of LPWAN due to its successful marketing campaigns in Europe and very reliable technology. It also has a large ecosystem of suppliers such as Texas Instruments, Axom, and Silicon Labs.

SigFox uses proprietary technology, an example of using a slow modulation rate for an extended range. This design choice makes SigFox an excellent choice for applications where the system only needs to send short, infrequent bursts of data.

Will LoRa remain a niche?

Here, as always, the experts argue. Some are certain that WLAN, Bluetooth, and LTE will soon make history in the market of widely spread things and will be replaced by LoRaWAN. Smart terminals should become more efficient using LoRaWAN technology.

There are also players in the market, such as SigFox, and several analysts, including Gartner, are criticizing Sigfox. They doubt its future viability from a technological or business point of view.

However, a neutral and sober view focuses on the market and its needs. In the future, we will need massive communication solutions for IoT devices that transmit data over long distances with low power consumption, so LoRa (or Sigfox) is unlikely to remain just a niche business in the future.