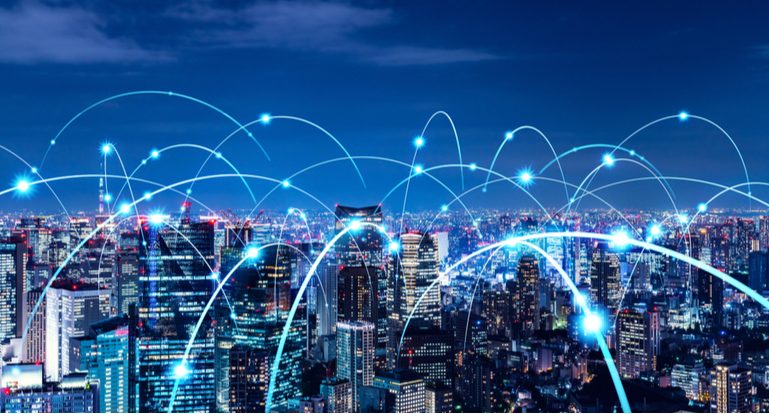 Internet of Things (IoT) solutions are not limited to small regions or zones within a single operator. As with mobile phones, IoT devices can communicate via roaming with peers outside the geographic coverage area of their home network, as long as the function is established in the commercial terms of the contracts signed with the operators.

In addition to cellular networks such as 2G, 3G, 4G and 5G, the roaming function between IoT devices can also be implemented over LPWA (Low Power Wide Area) networks such as NB-IoT and LTE-M, RFID (Radio Frequency Identification) and Wi-Fi 6.

A recent study by Juniper Research points out that the global volume of data generated by roaming IoT connections will grow from 86 petabytes in 2022 to 1,100 petabytes in 2027; which corresponds to streaming 165 million hours of 4K video via streaming platforms, according to the research. The global number of IoT roaming connections will increase from 300 million in 2022 to 1.8 billion in 2027; representing a 500% growth.

These significant growth rates are expected to be driven by the decommissioning of 2G and 3G networks, which will make LPWA networks a low-cost alternative for roaming IoT devices against cellular networks such as 4G and 5G. In addition, LPWA networks consume less power, as well as extended indoor coverage and greater scalability.

Licensed LPWA networks are implemented by operators and established over cellular networks, that is, cellular network operators take advantage of existing base stations and backhaul infrastructure to provide LPWA resources.  There are also unlicensed LPWA networks maintained by private companies to compete to cellular network operators. To use LPWA solutions from unlicensed spectrum providers, it is necessary to invest in infrastructure, but it is necessary to pay for the volume of transmitted data.

Using unlicensed LPWA, it is also possible to add multiple devices at no additional cost, although quality levels may drop as the number of devices per base station grows. LoRAWAN (Long-Range Wide Area Network) is an example of an unlicensed LPWA network.

According to Juniper Research, only 2% of all IoT roaming connections will use 5G networks by 2027. Only use cases dependent on low latency and high speed, such as autonomous vehicles and smart factories, will justify investments in 5G connections.

In the medium to long term, the implementation of 5G standalone and NB-IoT (Narrowband IoT Protocol for wireless connection of IoT networks) standards can enable operators to differentiate themselves in terms of connectivity offerings, provide unique value propositions for certain customers. In addition, 5G SA networks can help accelerate IoT roaming deployments.

“The evolution of private network connectivity is still unknown. This is because while industry discussion has primarily focused on the deployment of 5G private networks, vendors still report there is demand for 4G-enabled private networks,” the report highlights. Juniper Research notes that this is mainly due to the economics around the access points, devices, and infrastructure that make the 4G standard applicable to IoT use cases.

There are two important criteria that can help in choosing the type of connectivity for each IoT solution, according to the research: where the devices or sensors will be located and what conditions they will face. “Even though LPWA connections can address these two parameters and also reduce the associated costs, 5G networks address a third factor, control,” the study highlights.

Permanent roaming is one of the main barriers IoT projects with wide geographic coverage face in reaching their full potential, according to a report by Kaleido Intelligence. The implications that these IoT deployments must address are:

“Negative attitudes towards permanent roaming – from the perception that the volume of connections can create capacity and performance issues to regulators opposing cross-border data transit – prevent operators from offering the connectivity needed for large-scale projects. More flexible solutions must be feasible to reduce the risks of global IoT projects and uncertainty in the pre-deployment phase, ensuring that devices can connect to the best provider, wherever they are,” warns Nick Earle, CEO of Eseye, the company that commissioned the research.