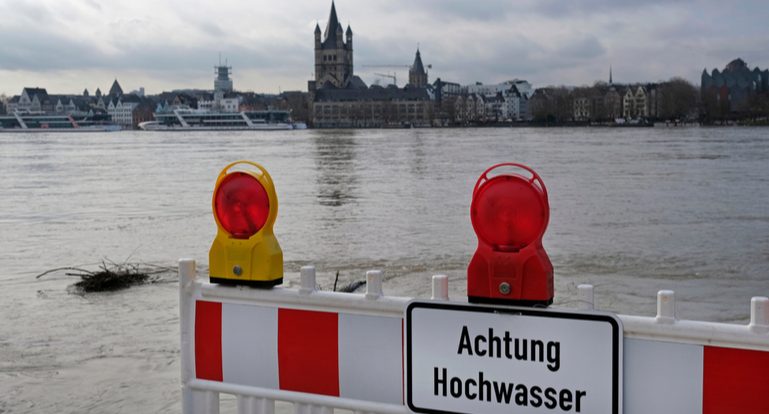 In possession of this information, Cary managers can act to stop lanes and reroute traffic. “The data is accessed in real time. If we didn’t use the IoT infrastructure, I don’t know that would happen in real time,” explains Nicole Raimundo, the town’s CIO. This IoT solution adopted by Cary to deal with stormwater flooding has already received several smart city innovation awards and has paved the way for the town, in partnership with Semtech and the SAS Institute, to build a Center of Excellence focused on IoT solutions that can impact the lives of citizens. The goal is to facilitate the development and deployment of technology solutions that solve real-world challenges and will make Cary a benchmark for other localities.

The market for real-time flood monitoring and warning systems has high growth potential, especially in developing countries suffering from critical infrastructure problems. According to the Global Catastrophe Recap 2019 report, flood damage was estimated at US$8 billion. IoT monitoring solutions can help mitigate risk and reduce damage around the world by alerting people and emergency responders before events with disastrous potential occur.

In terms of revenue, this global market segment is expected to show a compound annual growth rate of 6% in the period between 2020 and 2030, according to Transparency Market Research. In terms of region, North America, which already held a significant market share in 2019, is expected to maintain this trend over the forecast period. Asia-Pacific is expected to show growth at the highest rate on account of more intense focus of governments on disaster management. Maintaining the current scenario during the research forecast period, Asia is likely to be the most affected continent with 41% of all flood disaster events, followed by Africa (23%), Americas (21%), Europe (13% ), and Oceania (3%).

Consolidation of the LoRa standard

Semtech, technology partner of the flood project developed by the town of Cary, is also responsible for the creation of the LoRa communication standard and had much to celebrate in 2021. LoRa has become the dominant technology for long distance, low power networks for mass IoT applications.

According to the LoRa Alliance’s end-2021 report, coverage of the protocol saw exponential growth during the year, with LoRaWAN networks operating in almost every country. The study also highlights that LoRa has been accepted as an international standard by an independent SDO (Standards Developing Organization).

It has also ensured that key market leaders have joined the alliance to further expand the ecosystem. The participation of companies such as Microsoft and Amazon Web Services (AWS) has boosted industry confidence in LoRaWAN and driven collaboration and the development of end-to-end solutions.

Another achievement was the expansion of market opportunities by pursuing collaborative initiatives with complementary radio technologies to support multi-RAN (Multi-Radio Access Network) deployments. For the LoRa Alliance, multi-RAN solutions will become the norm because they offer the only way to scale and meet the requirements of diverse IoT use cases. Using a multi-RAN approach plan now for the demands of today and the future.

The alliance developed LoRaWAN as an open standard from the outset, foreseeing that the mass scale-up of IoT networks would require interoperable connectivity solutions and could not be supported by single-source solutions.