Home > IoT > IIoT, one of the most relevant IoT drivers

IIoT, one of the most relevant IoT drivers 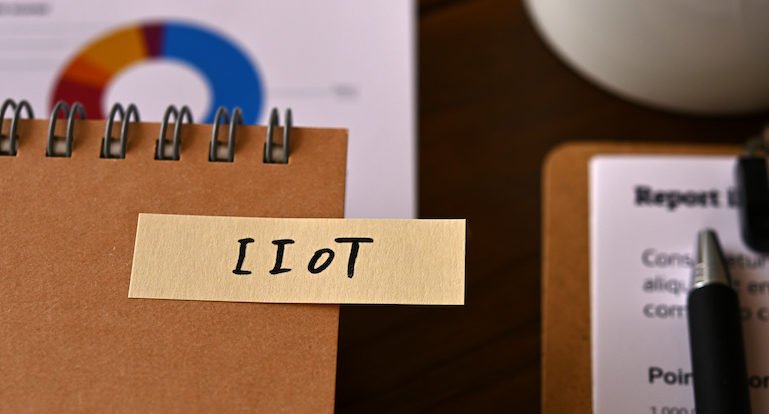 The industrial sector is one of the most relevant among those driving the Internet of Things (IoT) market. The so-called Internet of Industrial Things, or IIoT, has great potential to deliver a wide range of benefits to manufacturing organizations through real-time monitoring and data analysis, leading to potential cost savings and increased profits. And new use cases are expected to be driven by edge computing/cloud architectures and 5G networks, according to research from Reply.

In addition to higher productivity and better quality control, a particularly interesting area of improvement has been in additive manufacturing, which relies on the partnership between IIoT and Artificial Intelligence to reduce material waste and consume less energy. In addition, IloT is challenging the SCADA (Supervisory Control and Data Acquisition) automation system, which uses monitors factory equipment 24/7. While the contribution of the has been very relevant in the Industry 4.0 revolution, it may present limitations when it comes to connecting to the broader ecosystem essential for today’s business world. Seen from another angle, we can say that the data generated by SCADA systems, focused on monitoring and control, will act as a data source for the IIoT, which in turn will focus on analyzing granular machine data to improve productivity and reduce costs.

IIoT is already a huge market, with consistent growth expected in the Asia-Pacific region and in major countries such as the US and Germany. According to Reply’s study, even though the number of consumer IoT devices is larger than industrial ones today, investments in industrial IoT are growing rapidly with solutions for various sectors.

Despite the economic downturn due to the pandemic in 2020, in the two big groups, a small growth in Smart Factory investments was registered. By 2025, China and the US will be the two leaders in this segment in the Big-5 group, with investments mainly in platforms, but also in predictive solutions and remote monitoring. In Smart Transport & Logistics, Brazil lost a lot of space during the pandemic, but is now recovering; the biggest growth should be in India.

In the Europe-5 group, on the other hand, the expectation is that the Smart Factory market will almost triple in all countries, despite the skills shortage. The platform area should be the one that will grow the most, and companies will aim to invest to better manage quality and reduce costs. Germany will also lead in the area of Intelligent Transport & Logistics, with the other countries also experiencing significant growth.

The Smart Factories market in both groups is expected to triple between 2020 and 2025, with Europe-5 reaching over €23 billion and Big-5 over €86 billion. While the Smart Factories area reacted well during the pandemic, the Smart Transport & Logistics segment suffered a bit more. The Big-5 group even maintained business levels thanks to the recovery in China, but Europe-5 was down 2%. However, both groups will experience rapid growth by 2025: the Big-5 market will exceed the €15 billion mark (triple compared to 2020), and Europe-5 will reach €3.6 billion (compared to €1.4 billion in 2020).

Edge computing and 5G as drivers of IIoT

Data drives all the ‘smart’ use cases in the industrial universe. And it is the IIoT that provides the infrastructure needed to collect and transmit it to the cloud. On the other side, edge computing can contribute to improving and speeding up this scenario, with a ‘local’ IoT that allows data to be produced in the factory itself and only eventually transported to other locations for processing.

According to Reply’s study, this new approach can help substantially raise lIoT adoption levels compared to the environment where data is collected from industrial IoT devices for frequent use at an organizational level rather than on the shop floor. In addition, the adoption of low-cost sensors and 5G networks can further enhance the diffusion of IIoT.

For example, using operating models based on edge computing and 5G networks, smart factories will be able to improve communication between machinery, vehicles, and robots by having greater computing power and very low latency. This will not only improve plant efficiency but also security. In addition, it will be possible to encrypt data locally, facilitating compliance with legislation such as data privacy and intellectual and industrial property protection.

Managers concerned about the reliability of 3G and 4G networks will be able to set up private networks, even in rural areas where public mobile networks do not normally exist and count on data transfer rates up to 20 times higher than those provided by 4G. These private networks will also allow the deployment of a huge number of sensors (up to 10 devices/m2), which will ultimately generate more data with the potential to enrich industrial processes.

The wider adoption of IloT will require better defining the responsibilities of IT managers, OT managers, and cybersecurity managers in order to identify and combat the vast amount of threats that are affecting the industry sector, such as denial of service, data tampering, identity forgery, and ransomware attacks.

Cybersecurity for IoT is a huge market that is expected to reach up to €25 billion in the next five years, according to the study. The use of IoT in industrial contexts will be a major part of this market, as a single compromised device can bring an entire production chain to a standstill. In some cases, ensuring security is as simple as identifying and tracking devices in systems, but at more advanced levels, IoT assets can even use encrypted integrity verification protocols.

The industrial sector needs a holistic security architecture for IoT to improve the resilience of their manufacturing and ICT environments. Visibility over industrial assets and early detection of security issues will ensure the ability to react quickly to mitigate the risks of production downtime.

Reply believes that organizations must have stable, maintained micro-segmented environments both on-premise and in the cloud to respond to new and traditional cyber threats and reduce the likelihood of being hit by successful attacks.