Home > IoT > IIoT > CO2 reduction will not happen without digital

CO2 reduction will not happen without digital 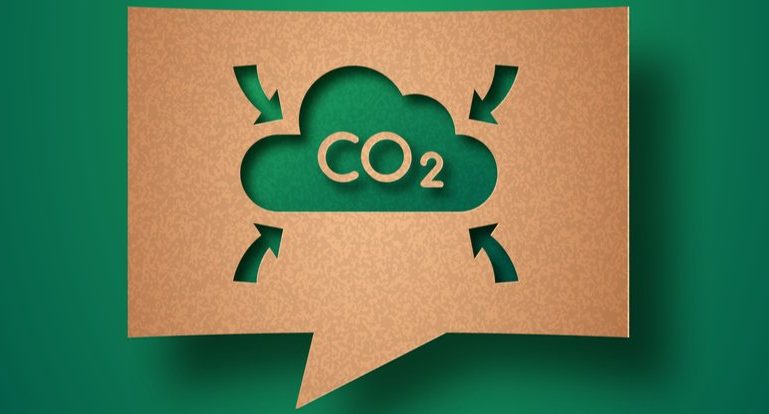 Digital technologies, such as the Internet of Things (IoT) and 5G, can help reduce emissions, a topic that has been gaining more ground recently in the business world. A UK case study, for example, shows how it is possible to eliminate 17.4 million tons of CO2 emissions per year, by adopting them in the manufacturing, transportation, and agriculture sectors and thus playing a key role for the British government to achieve the goal of reducing emissions by 78% by 2035 and zero by 2050. The conclusion is drawn from research by Vodafone and WPI Economics on Connecting for Net Zero: addressing the climate crisis through digital technology.

The study chose these three sectors as all can make significant contributions to falling UK emissions. As might be expected, more densely populated areas, such as cities, account for a greater share of the volume of carbon emitted. However, in rural areas, emissions per person are higher.

For the research, part of the reduction in CO2 emissions would not be possible without the use of digital technologies. For example, in the case of manufacturing, previous successful initiatives to reduce emissions have slowed in recent years, but IoT and 5G technologies such as 3D printing, smart sensors, and automation have the potential to remove 2.7 to 3.3 million tonnes of carbon per year from the atmosphere.

In agriculture, another area in the UK with high emissions, connected digital technologies applied to monitoring crops and the supply of fertilizer, feed, and water can also significantly reduce resource wastage and thus contribute to reducing emissions by 2.4 to 4.8 million tonnes of CO2.

And for UK surface transport, the UK’s largest source of emissions and one that has remained virtually unchanged since 1990, digital solutions can help reduce traffic and congestion and therefore limit unnecessary fuel use. It is precisely in the transport sector that there is the greatest potential for emissions reduction – up to 9.3 million tonnes of CO2 per year, says the study.

UK manufacturing has made strides towards decarbonization from the early 1990s to the mid-2000s, but efforts have slowed in recent years. Some 82 million tonnes of CO2 were released into the atmosphere as a result of UK manufacturing activities in 2019, 15% of the country’s total.

Technology is at the forefront of key government actions over the next few years to achieve zero carbon emissions by 2050. These include actions aimed at the use of low-carbon fuel sources and the deployment of Industrial Digital Technologies, which can be divided into five main groups, all largely driven by IoT and 5G:

In addition to the emissions reduction already mentioned, when coupled, these technologies can offer major benefits in terms of productivity, quality, and efficiency, for example, through lower energy consumption, promotion of circular economy, and lower pollution. Furthermore, an Accenture analysis revealed that the adoption of Industrial Digital Technologies is capable of generating growth in the manufacturing sector between 1.5% and 3% per year, with a conservative net increase of 175,000 jobs.

Agriculture was responsible for 46.3 million tonnes of CO2 emissions in 2019, a 9% share of the total generated by the UK. Agricultural activities are considered different from other areas for two main reasons:

Transport is currently the UK’s largest source of emissions, with the share generated by surface transport (not related to aviation or shipping) remaining virtually unchanged since 1990, adding up to 113 million tonnes of CO2 in 2019, or 22% of the total UK output. Around 78% of surface transport emissions come from cars and light vans. The fact is, despite the significant efficiency savings the sector has made, there has also been an increase in demand.

IoT, as it exists today, can play an important role in reducing emissions in the short term by helping to change driver behavior while serving as the basis for connected and autonomous vehicles and, ultimately, electric vehicles. IoT and 5G networks also contribute to promoting more efficient, secure, and less wasteful transport logistics, using enhanced traceability capabilities across value chains.

In time: a previous report by Vodafone and WPI Economics had already addressed the challenges of decarbonizing commercial buildings and the role of digital technologies in helping to reduce emissions.