How 5G networks will take IIoT to the heights 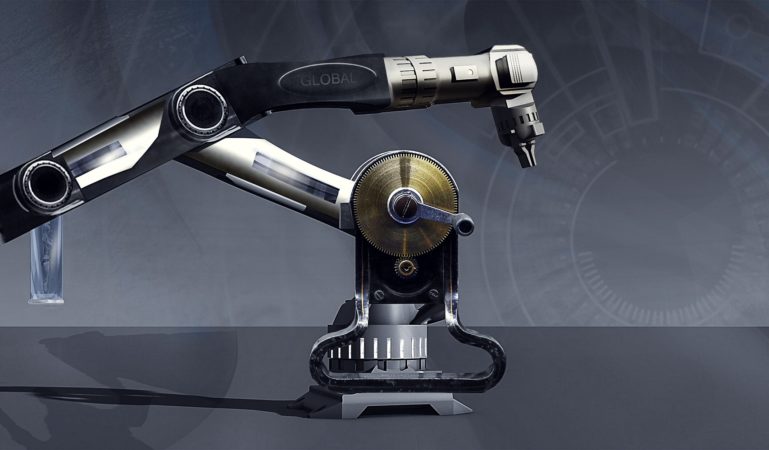 5G networks in the industrial IoT market could reach USD 15.7 billion by 2026, with a compound annual growth rate of 79.1%, benefiting installations with higher transmission speeds, higher density of connected devices on the same network, and lower latency between received commands and performed actions.

If 4G networks have driven industrial applications that rely on wireless communication between devices, 5G networks should pave the way for a host of new ideas. In industry, 5G is light years away from 4G: latency in data transmission is only 1 millisecond in 5G, compared to 200 milliseconds in 4G; the number of devices that can be connected to a single 5G network segment is 1 million per Km2, 100 times more than a 4G network can handle; and 5G transmission speeds can reach 15 to 20Gbps, more than a thousand times that of 4G, which can reach 7 to 17 Mbps upload and 12 to 36 Mbps download.

In industrial environments, operational technology (OT) involves a wide variety of fixed and mobile network connections, many of which need to function in real-time. Applications such as digital twins, remote video monitoring, automated production lines, predictive maintenance control, and chemical compounding manufacturing, for example, can have high degrees of failure depending on the network used. And current implementations need to resort to various types of parallel controls to adapt to the protocols and their particularities.

In 5G networks, these barriers are overcome. While 4G networks allowed smartphones to stream audio and video in real time, allocating the same bandwidth to all connected devices, in the new generation each device with its own characteristics and needs will use the network in a different way. Smartwatches may require smaller bandwidths, while autonomous cars require a larger bandwidth to carry more data, with less latency.

The flexibility of 5G networks adapts to the growing demand for new connections and increased traffic on mobile networks. Ericsson predicts that the number of connected devices is increasing by around 25 percent per year, while data transmission is expected to grow by 60 percent in the same period. But best of all is the energy savings that can be achieved. This new technology allows processing to be better distributed over the network and adapted to the needs of the application, either by concentrating computing in the cloud, saving device battery power, or by performing calculations at the edge of the network when collecting vast amounts of information.

And to give even greater control over network administration and monitoring, 5G allows for network slicing, dividing the network into pieces, each with specified characteristics for the application it will run, avoiding waste of resources and ensuring the best possible performance. It is a function that can even be configured as a single private network but divided into different locations and managed from a single point, making day-to-day life easier for the technology team.

But the intersection of 5G and industrial IoT also brings with it some dangers. The wave of cyberattacks on companies has brought major concerns for business management. There are numerous reports of intrusions into corporate and industrial networks through devices such as 3D printers, cameras, smart TVs, set-top boxes, security cameras, medical equipment, geolocation sensors, connected light bulbs, smartwatches, and even home appliances and autonomous cars. Zscaler has published a report in which it analyzes over two weeks no less than 575 million transactions on 550 different devices, 300,000 of which were suspected of malware and blocked. 98% of the victims of these attacks were technology, manufacturing, retail, and healthcare companies located in Ireland, the United States, and China.

The company reports that the spread of malware across corporate networks grew by 700% from 2019 to 2020, and ponders that perhaps because much of the people is working remotely, many of these affected devices were left lying around in offices and factories without proper maintenance or monitoring. They note that entertainment and automation equipment was most at risk because of the wide variety of manufacturers, low amount of encrypted communication, and diversity of connections to suspicious destinations.

A comparison between the use of IoT in business and its application in the industry shows that the advantages are shared, and the risks are equivalent. Although devices created for home and corporate automation have flaws or gaps in their encryption protocols, industrial equipment has a history of being more robust, precisely because of the sometimes inhospitable environment in which they will be installed and used. According to Deloitte, the Industry 4.0 ecosystem should take security into account early on in projects to be better prepared for the increasing risks driven by the gains they can offer to hackers.

With 5G networks, the risks of this new technology have not gone unnoticed by national security committees in many countries. The US agency CISA, for example, identified in an article three main threat vectors that need to be taken into account in 5G implementations: Policy and standards, value chain, and systems architecture. Within these, eleven sub-threats were listed as presenting vulnerability points that can be exploited, such as the use of open standards, optional controls, spoofed hardware, third-party components without the same security levels, and edge devices with multiple access points.

But security concerns should not limit the use and growth of industrial IoT, nor hold back the deployment of 5G networks. Integration between digital, analog, physical, and human components in production systems is expected to generate unprecedented value and gain efficiencies in the coming years. Studies show that the coupling of artificial intelligence and machine learning systems should concentrate the largest industry investments for asset monitoring, predictive maintenance, production line optimization, operational intelligence, and safer work environments.

Despite the major negative impact the pandemic had on consumers and industry as a whole, the IIoT market itself is expected to grow at a compound annual rate of 6.7%, reaching $106.1 billion by 2026, riding on technological advances not only in 5G networks, but in the semiconductor market, standardization of communication systems, and advances in data center structures, literally taking industrial IoT use to the clouds.