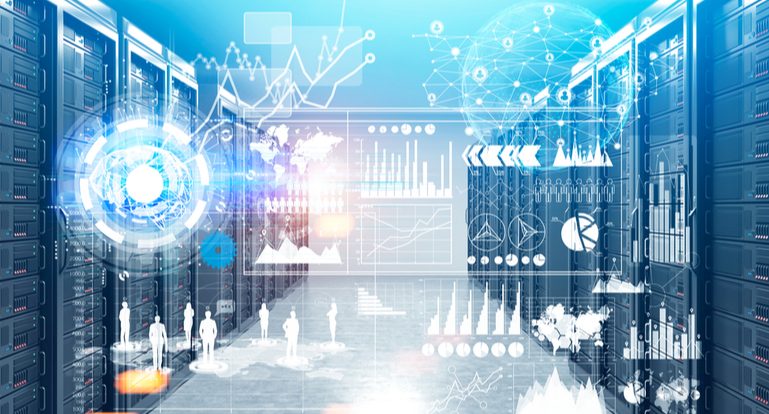 Digital technologies have been extremely important for our daily lives, especially in times of pandemic, reducing distances and enabling activities that would otherwise be practically impossible, such as remote work. However, all this has its price, which can be measured in several currencies. One of them is environmental sustainability.

One of the main digital ecosystems generating relevant environmental impacts are datacenters. In April 2019, it was estimated that datacenters worldwide used more than 2% of the world’s electricity and generated the same volume of carbon emissions as the global airline industry (in terms of fuel consumption). Furthermore, according to Professor John Naughton of the British Open University, data centers account for around 50% of all energy consumed by digital ecosystems. Personal devices use another 34%, and the industries responsible for their manufacture use 16%.

There are several million data centres around the world. Each energy-hungry facility can contain tens of thousands of servers, consuming more environmental resources than entire countries. The combined environmental effect of all these data centres has become a growing concern for governments and the general public.

And the more technologies that emerge, the greater the environmental impacts. Data centre power continues to accelerate as billions of devices continue to join the Internet of Things (IoT), artificial intelligence (AI) becomes ubiquitous and other applications, such as blockchain-based cryptocurrency, evolve.  A paper published by researchers at the University of Massachusetts Amherst revealed that training an Artificial Intelligence machine could emit five times more carbon than a car (including fuel) used during an average person’s lifetime.

Thinking of helping in the task of making datacenters environmentally more sustainable, Schneider Electric, a company involved in energy system management and automation initiatives, announced a framework that proposes five environmental impact areas and metrics for data center operators who wish to tread a journey towards sustainability.

“Environmental sustainability reporting has received increasing attention from many data center operators. Still, the industry lacks a standardized approach to measuring and reporting environmental impacts. Therefore, Schneider Electric has developed a holistic framework with standardized metrics to guide these operators and the industry at large. Our intention is to enhance benchmarking and move towards sustainability,” says Pankaj Sharma, Executive Vice President, Secure Energy Division, Schneider Electric.

Schneider Electric’s framework was developed in its Energy Management Research Center with experts in the field of ESG (Environmental, Social, and Governance), sustainability consultants, scientists, and datacenter architects. The center was created in 2002 and has already presented more than 200 white papers and tools that are freely available, according to the company.

Twenty-three metrics were identified in five categories that represent a holistic approach to sustainability for data centers:

More details on each metric listed by the Schneider Electric framework can be found here.

Remember: It all starts with a strategy, with clear objectives and prioritised actions. Align internal expertise and resources by having project, procurement, facilities operations and sustainability teams work together. Then make a business case to justify and fund projects, which will require executive sponsorship and leadership… and probably a strategy to assign value to carbon, either through carbon pricing or CO2 emissions caps.