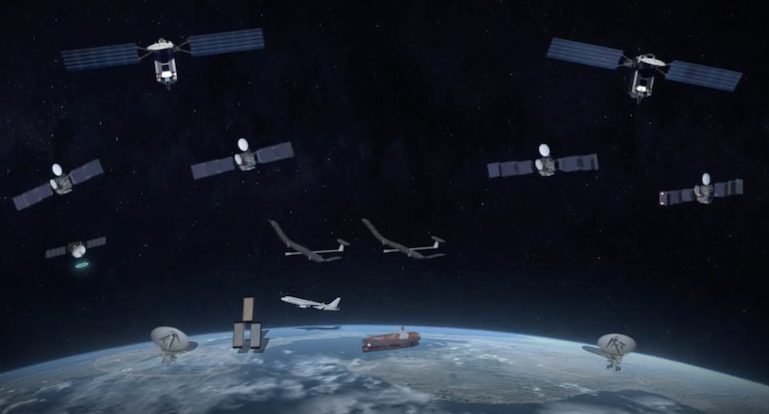 The European Commission, a 27-member executive board, is seeking to understand the feasibility of taking data centres into space orbit. The study will be carried out by Thales Alenia Space, a joint venture between Thales Group and Leonardo (33%), both companies with expertise in the aerospace, defence and security sectors, as part of the bloc’s extensive Horizon Europe research programme with a budget of €95.5 billion.

The environmental footprint of digital technologies is becoming a significant challenge for Europe. Growing digitisation initiatives are causing datacenters in the region and worldwide to expand at an exponential rate, which in turn generates huge energy and environmental impacts.

The new project, dubbed ASCEND (Advanced Space Cloud for European Net zero emission and Data sovereignty), aims to find an ambitious solution for Europe by installing datacenter stations in Earth orbit, which will be powered by solar power plants capable of generating several hundred megawatts. The only link to the Earth’s ground would be high-performance internet connections using optical communication, a technique for which Europe masters the underlying technologies, according to Thales Group.

The research will assess whether carbon emissions from the production and launch of space infrastructure will be significantly lower than those generated by terrestrial datacenters. It will also seek to analyse whether it is possible to develop the necessary launch solution and ensure the deployment and operability of space datacenters using robotic assistive technologies currently under development in Europe, such as the EROSS IOD demonstrator.

ASCEND aims to help achieve Europe’s goal of achieving carbon neutrality by 2050 and would also be an unprecedented breakthrough for Europe’s space and digital ecosystem, according to the consortium. The work is expected to demonstrate the extent to which space datacenters would limit their terrestrial counterparts’ energy and environmental impacts, thus justifying future investments.

Japanese in the race

In May 2021, Japan’s NTT Corporation and SKY Perfect JSAT  announced cooperation to create a new space sector company with a mission to ensure a more sustainable society. The joint work aims to build a new IT and telecommunications infrastructure in space.

In this initiative, NTT will be responsible for terrestrial infrastructure, while SKY Perfect JSAT will be responsible for space technologies, including satellite communication and transmission. The space infrastructure aims to integrate high-altitude orbits, low-earth orbits and geostationary orbits. It will be connected to the ground by wireless optical communication networks to form a constellation, with distributed data centres to ensure high performance.

Satellite-housed datacenters could, for example, collect images and, instead of transmitting the data to the ground for processing, would do the work in orbit, sending only the highest value-added results. The result? Time and cost savings.

The companies are preparing to launch the satellites and start selling the services in 2025.

Also on the Moon

In April this year, startup Lonestar Data Holdings announced that it would install a series of datacenters on the lunar surface. To that end, it has already contracted two first missions to carry the first equipment.

Lonestar sees the Moon as an ideal location to serve a premium segment of the data storage industry while providing solutions to the significant environmental issues generated by the growth of datacenter facilities around the world.

Also in the rivers

French startup Denv-R wants to produce floating datacenters with cooling using the waters of urban rivers. According to the company’s two founders, the goal is to reduce energy consumption by 40% and CO2 emissions by 40%. The first demonstration should take place on the Loire River in Nantes in June 2023.

The solution will use a closed loop system, with no water pumping and no air conditioning system. It will be housed in a floating structure made of recyclable steel. “Data centres should ideally be as close to users as possible and in cities. However, the land is scarce and expensive in cities. In water, there is space. We will not artificialise the ground, nor will we need to create thick slabs in buildings,” Vincent Le Breton, one of Denv-R’s founders, tells the 20 Minutes website. At 10 metres long, 8 metres wide, and 3 metres high, the installations will use autonomous  power sources such as solar panels.

According to its creators, the first version will cost €900,000, with €500,000 for manufacturing. Claiming to be cheaper than its terrestrial counterparts, Denv-R says it can receive orders quickly, including from the international market.