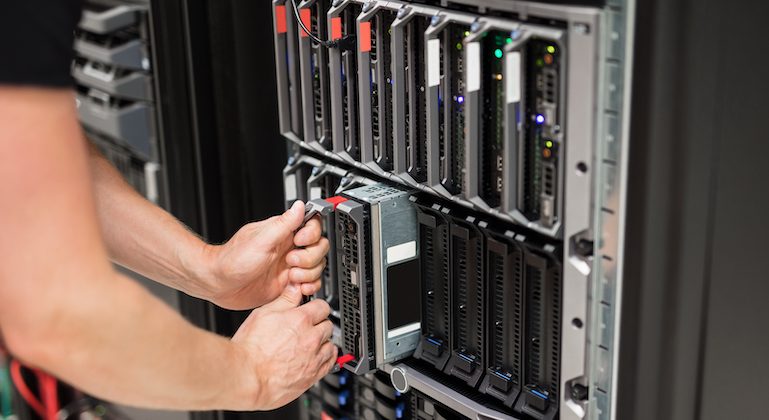 Two of the world’s largest processor manufacturers, AMD and Intel, recently announced their innovations aimed at the data centre universe. On the one hand, AMD announced the general availability of its 4th generation EPYC processors, codenamed Genoa, with high performance for critical workloads in the data centre environment. On the other hand, Intel announced the Intel Data Center GPU Max Series, codenamed Ponte Vecchio. This is the company’s highest-density processor, with over 100 billion transistors in a 47-block package and up to 128 gigabytes (GB) of high-bandwidth memory.

“Choosing the right processor for datacenters has been a crucial decision these days, and 4th generation EPYC processors are leaders in every dimension. Data centres represent the largest growth opportunity and a strategic priority for AMD. We are committed to making our company the partner of choice for our customers with the broadest portfolio of high-performance and adaptive computing segments,” said Dr Lisa Su, president and CEO of AMD.

With up to 96 cores in a single processor, the new 4th generation AMD EPYC processors enable more powerful servers to be deployed in fewer numbers. According to AMD, this ensures more flexibility for data centres, contributing to meeting business sustainability goals and generating dividends. AMD cited benchmarks showing that the 96-core 4th-generation EPYC 9654 delivers 107 per cent greater performance in the cloud, 123 per cent greater performance for high-performance computing loads and 94 per cent more extraordinary performance for enterprise systems compared to its Milan predecessor.

Regarding energy efficiency, AMD cites that running 1,995 virtual machines would require five servers with AMD EPYC 9654 processors with 96 cores. With the latest Intel CPU, 15 servers would be needed. This would result in a 40 per cent reduction in CapEx and a 61 per cent reduction in OpEx costs annually, according to Dan McNamara, senior vice president and general manager of AMD’s server business unit.

Using a “Security by Design” approach, the 4th generation AMD EPYC family brings an expanded feature set with physical and virtual layers of protection, with double the encryption keys compared to previous generations, that helps keep data secure whether it is stored locally, in the cloud or storage systems.

Analysts say the 4th generation EPYC processor puts AMD in a position to take more market share from rival Intel, which has delayed the launch of its Xeon processor, codenamed Sapphire Rapids. Evidence of this analysis comes from the fact that this is the first time manufacturers such as HPE and Lenovo have launched a new server family with AMD chips ahead of models with Intel chips, said Matt Kimball, senior analyst in the datacenter sector at Moor Insights & Strategy. In addition, during AMD’s launch event, cloud providers such as Microsoft Azure and Oracle Cloud Infrastructure announced services using the new Genoa chip. In contrast, executives from server vendors such as Dell and Supermicro announced new features running AMD’s latest processor.

On the other side

Intel GPU Max Series products are due to launch in January 2023. They should come with up to 128 Xe-HPC cores, a new architecture aimed at more demanding computing loads. In addition, they will feature 408MB of L2 cache – the industry’s largest, according to Intel – and 64MB of L1 cache to boost throughput rates and performance.

The Intel GPU Max Series will be available in multiple form factors to meet different demands:

According to Intel, the Aurora supercomputer, currently under construction at Argonne National Laboratory, will become by 2023 the first supercomputer to exceed two exaflops of performance in double precision computing It will also be the first to showcase the power of pairing Max-series GPUs and CPUs in a single system, with more than 10,000 blades, each containing six Max-series GPUs and two Xeon Max CPUs.

The Intel GPU Data Center Max Series, codenamed Rialto Bridge, will be the successor to this line, due to hit the market in 2024.