Datacenters will be powered by nuclear energy 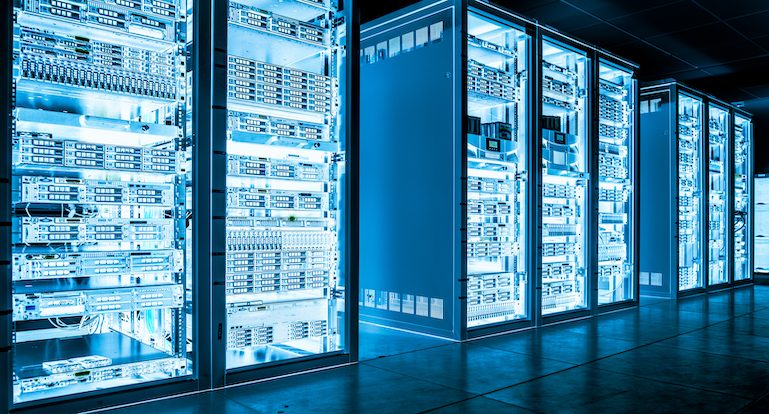 Although we may not realize it all the time, data centres are increasingly present in our daily lives and the world’s digital economy. And their influence is growing all the time. What is also not always clear to us are the challenges faced in providing reliable power to these environments, not to mention the issues associated with sustainability.

The direct consequence of this difficult-to-close bill is the need to innovate, optimize and explore new energy sources. So why not think about nuclear energy to power data centres? A recent report from technology research firm Omdia suggests that nuclear power could be a viable power option for some of the world’s largest datacenters cleanly.

Omdia analysts argue that although nuclear energy is not renewable, i.e. it runs out when used (unlike wind, sea waves or sun), it has excellent sustainability characteristics compared to most alternatives, with far fewer greenhouse gas emissions than fossil fuels, for example. Nuclear energy is also cleaner than biodiesel. In addition, it contributes to saving space.

Consequently, nuclear energy has received attention regarding energy strategy for data centres. To cite one case, about 70% of the energy used in France – a global datacenter hub – is generated by nuclear power plants. According to the study, years of research and funding have made nuclear power generation technology adaptable for smaller industrial applications such as data centres. Small modular reactors (SMRs) can typically generate 300 to 500 megawatts (MW) of power. Another emerging technology is microreactors, capable of producing up to 10 MW.

Nuclear power is often perceived as unsafe, becoming a concern among the general population in the face of major disasters that have already happened in recent decades, such as those at Chernobyl and Fukushima. However, the reactors in those cases were much larger and more complex than SMRs, designed to be much safer. According to the study, designers, and builders know that simple, low-power designs are safer and more profitable as an option for bringing reliable power to remote locations where data centres may eventually be installed.

Like all nuclear reactors, the waste generated is also a problem for SMRs. The natural decay and decay of discarded radioactive material to safe levels can take from three decades to 24,000 years. Fuel spent by SMRs will need to be part of a nuclear waste management programme, regardless of the location of the operation. Suppliers of SMRs cite refuelling cycles of three to seven years (compared to one to two years for conventional nuclear plants). Some SMR projects are designed to operate for 40 years without refuelling.

Some SMR and microreactor designs under development use fast fission technology, which can process both spent fuel from future nuclear power plants and existing facilities. Using only the spent fuel stored in existing plants, fast-fission nuclear reactors could operate for nearly three centuries without any additional fuel supply, the study points out.

SMRs around the world

Russia is the only country in the world that claims to have an SMR industry. The first deployed equipment was on a floating power plant aboard the Akademik Lomonosov. The World Nuclear Association has reported that Russian state-owned company Rosatom plans to build another SMR in Yakutia in the country’s far east. The US, UK and Canada are the three big countries signalling growing support for SMRs. This is a global market that, by 2040, is expected to be worth US$300 billion annually, according to Seamus O’Regan, Canada’s Minister of Natural Resources.

However, despite the significant amounts, the global market is still nascent. For example, estimates for installing and commissioning SMRs in the United States are between five and ten years. Indeed, these small modular reactors will still need to rely on some pioneers to perform proofs of concept in industrial applications. Data centre operators are generally not known as risk-takers because they serve different customers. Yet cloud and content service providers have long-term planning horizons and may already be evaluating the applicability of SMRs, the study concludes.