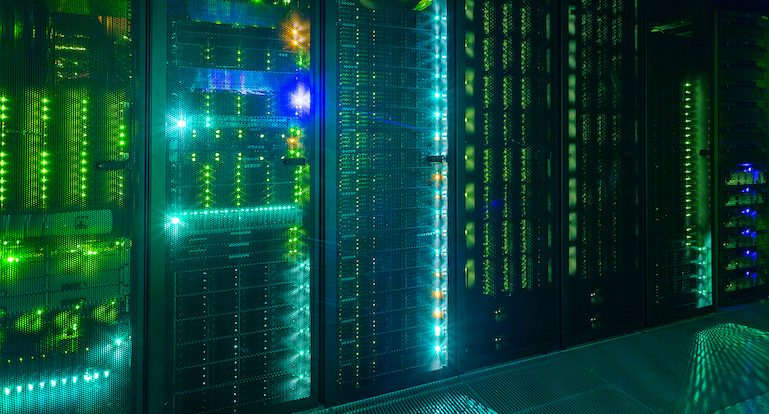 The complexity of monitoring a datacenter increases with its size. In addition to monitoring IT components and network infrastructure, environmental monitoring parameters are becoming increasingly important. Not only because power supplies and energy consumption have always been among the main issues in datacenter operations but because they have become the focus of sustainability commitments made as part of companies’ ESG targets.

Increasing pressures from investors, regulators, shareholders, customers, and employees are driving the need for greater transparency in reporting on the environmental impact of datacenter operations. Transparency is about metrics. But determining which environmental sustainability metrics companies that own datacenters should monitor is one of the biggest issues today.

Before The Green Grid (TGG) proposed Power usage effectiveness (PUE) in 2007, there was no standardised metric to measure the energy efficiency of a datacenter in its entirety, which led to benchmarking and alignment challenges in the industry. While a metric may not be perfect, if it is standardized and has a well-understood definition and application, it will be useful and serve to move the industry forward. For this reason, the PUE metric has been widely adopted, helping to drive efficiency improvements in datacenter facilities across industries.

1 – Energy: according to some estimates, datacenter energy consumption represents 1% to 2% of global consumption;

2 – Emissions of greenhouse gases (GHG): CO2, CH4, PFC, HFC and other gases are considered major contributors to climate change and one of the most urgent problems of humanity;

3 – Water: cooling towers and other evaporative cooling techniques are popular heat rejection solutions for datacenters due to their high efficiency and overall cooling capacity. However, the heat rejection mechanism of these cooling technologies is evaporation, which consumes significant amounts of water. Up-time Institute research has shown that a 1 MW datacenter with traditional cooling methods uses 25 million litres of water annually.

In addition, traditional power generation requires broad amounts of water. Far more than the water used to power datacenters. A United Nations report on global water development showed that water use for electricity generation was four times higher than cooling water use. This is why the Water Use Efficiency (WUE) metric created by The Green Grid has become a standard under ISO/IEC DIS 30134-9.

“In just a few years, it is estimated that half the world’s population will live in areas with water scarcity, so to ensure that all people have access to water, we all need to innovate in new ways to help conserve and reuse this precious resource,” said Adam Selipsky, CEO of Amazon Web Services.

4 – Waste: minimizing the generation of supply chain waste and diverting waste from landfill through reuse and recycling is a key strategy to become more environmentally sustainable. Datacenters generate significant waste during construction and operation.

5 – Land and biodiversity: Datacenters directly impact the land on which they are built and indirectly impact the regions where that land is located. There is a growing narrative that datacenters are bad neighbours and gobble up vital community resources such as water and electricity.

Heat in the datacenter

The primary objective of datacenter environmental monitoring has always been to provide a better operating environment for the facility and to avoid unplanned occurrences detrimental to IT operations and the business.

So the basics for anyone wanting to ensure a datacenter is running smoothly, and keep many of the metrics noted by Schneider Electric under control, is to monitor environmental factors such as temperature, humidity, and airflows.  Any hardware in operation generates heat and is negatively affected by these factors.

Temperature sensors should be placed at individual racks’ top, middle, and bottom to measure the heat generated by equipment and the refrigeration system to measure efficiency. Sensors should also be placed around critical devices because the temperature in a rack-mounted device can be up to 20 degrees above the surrounding area.

Generally, it is not only important to know when temperatures are too high, but also when they are too low because intensive and unnecessary cooling consumes a lot of resources.

Even if temperatures are adequately controlled, it is still important to monitor humidity. High humidity, in turn, can corrode hardware. Low humidity levels can cause electrostatic arcing problems. For this reason, cooling and ventilation systems need to detect and control the relative humidity of the ambient air. Water sensors should be placed at the lowest points (wherever water tends to accumulate) on the floor and under any junction pipe.

Adequate airflow can help reduce energy consumption and operating costs. Improper airflow management can cause “hot spots”. Also, the failure of one fan probably won’t bring down a UPS. But multiple fans failing at the same time can cause these units to fail as well.

The focus on operational efficiency has taken on new contours from the prominence of energy efficiency as a response to public pressure and fear of stringent regulations. Slower than desired, the datacenter industry is shifting its focus towards reducing its carbon footprint and being more environmentally sustainable, rather than merely monitoring environmental factors to avoid unexpected outages.

Today, although at least 50% of companies have a serious sustainability strategy in their production process, only 20% treat their datacenter in the same way, according to data from Capgemini. Another recent IBM survey on sustainability, which also included the topic of datacenters, confirms this scenario. But the expectation is that datacenters engagement with companies’ ESG goals will accelerate starting this year.

And it comes down to understanding that datacenters sustainability is more than just operational efficiency. Significant efforts to improve efficiency and reduce energy use – as measured through PUE improvements – have lowered operational carbon emissions, even as facilities have increased in demand and scale. But the facility’s active energy reduction is measured over time, and these deductions are not accounted for until 5, 10, 30 years into the future.

There is, therefore, a compelling reason to include embodied carbon in all datacenter analysis and design decisions. A ‘Whole Life’ carbon approach that considers both embedded and operational emissions offers the opportunity to positively contribute to global greenhouse gas emissions reduction targets – and save costs.