Datacenters invade the moon and the sea 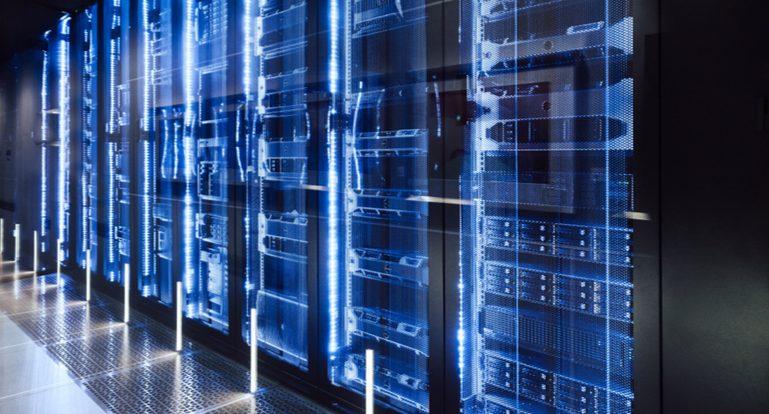 Datacenters are already gaining ground in underwater terrains and on lunar soil. The first model, of underwater datacenters, is part of a pioneering project funded by the South Korean government under the Korean Institute of Ocean Science and Technology (KIOST) that aims to build an underwater space for a variety of purposes on the country’s southeast coast near the Ulsan metropolitan area. The project envisages investments worth US$30.8 million over five years (2022-2026) and the participation of more than 2,300 institutions.

According to Song Cheol-ho, mayor of Ulsan, the project will carry out research involving, among other technologies, high-efficiency underwater data centers as well as Information and Communication Technology (ICT) resources to provide energy and communication systems in the marine environment. “The development of underwater technologies will contribute to the expansion of data centers so that they can operate with high energy efficiency and stability in an underwater environment”, said the mayor when talking about the project.

It also hopes that the project will create underwater habitats, such as residences, work areas and health centres, and develop other technologies to build, operate and maintain these spaces. To demonstrate the technologies developed, the project will install a modular underwater structure that allows three people to stay at a depth of 30 metres for 30 days.

In a similar move in the field of datacenters, work has begun in China to build the world’s first commercial underwater datacenter off the coast of Hainan Island. The work is being carried out 20 meters deep off the coast of the Hainan Free Trade Port following a project announced in May 2021. Tests have already been carried out of data centre equipment running in an underwater cabin, operating efficiently cooled by the seawater itself.

The concept of underwater datacenters was first introduced by Microsoft in its Natick project. Today, the work is already in its second phase, which aims to demonstrate that it is possible to manufacture full-scale underwater data centre modules and deploy them in less than 90 days. The phase 2 ship was deployed at the European Marine Energy Centre, located on the Orkney Islands in the UK, in June 2018.

Looking at the moon

For those who have an aversion to the sea, a solution is already underway to take data centers to the Moon. The startup Lonestar Data Holdings recently announced that it will take a series of data centers to the lunar surface and, for that, it has already contracted the first two missions to take the first equipment.

Lonestar sees the Moon as an ideal location to serve a premium segment of the $200 billion data storage industry, while also addressing key environmental issues triggered by the growth of surrounding data center facilities. of the world.

“Data is the main currency created by the human race. We depend on it for almost everything we do, and so it is very critical for us as a species to store it in Earth’s increasingly fragile biosphere. Earth’s largest satellite , the Moon, is the ideal place to safely store our future,” says Chris Stott, founder of Lonestar.

According to the company, after successful groundbreaking trials of advanced data centers in December 2021, Lonestar is now in a position to move forward with the first of its lunar data centers. Lonestar has already made the necessary spectrum records for its missions with the ITU, with the Moon as a focus.

Lonestar also hired lunar landing company Intuitive Machines to bring a proof-of-concept mini data center to the moon next year. It also signed a contract with Intuitive Machines to test data transfer and storage capabilities during the first IM-1 module mission, which will attempt to land the Nova-C robotic spacecraft on Oceanus Procellarum on the Moon.