Risk by cybersecurity is second only to climate change 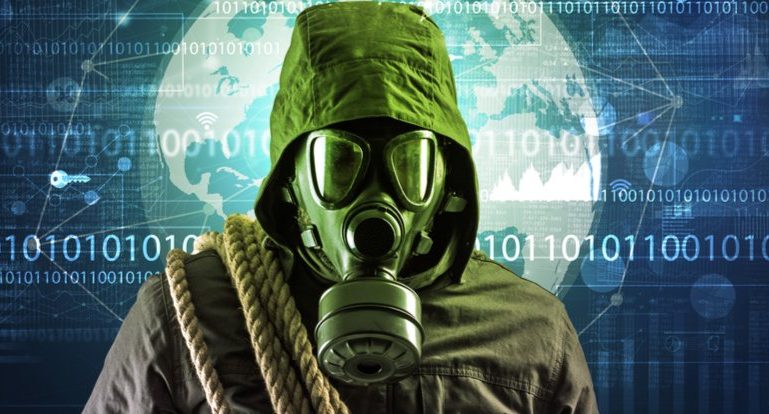 After more than a year and a half of the global health vulnerability exposed by the pandemic, a Future Risks Report by risk manager AXA has revealed that cybersecurity has become the second biggest concern among risk management experts, second only to climate change.

Not surprisingly, pandemics and infectious diseases remain a major concern for the general public. However, professional risk managers have already shifted their focus to other long-term threats, including cyber security.

For the first time, cyber risks ranked first in the United States and second in all other geographic regions.  This may have been due to the acceleration of digitization of nearly all activities, the increased use of digital technologies during the pandemic lockdown, and the explosion of cyberattacks. According to the study, cyber risks are here to stay.

The percentage of experts who placed cybersecurity among the top five risks increased from 54% in the 2018 survey to 61% this year. Only 26% of respondents believe governments are prepared for cyber risks, a figure that has not improved since the survey first asked this question in 2019.

When asked which aspects led them to choose cybersecurity among the top five risks, experts selected “shutdown of essential services and critical infrastructure” (47%) and “cyber extortion and ransomware” (21%).

Ethical risks related to the use of technology, including privacy issues and biased algorithms, rose in 2021 to the top half of the ranking listing expert votes. Technology-related economic risks, for example, associated with cryptocurrencies, rose eight places compared to the 2020 edition of the survey.

In comparison, experts are less concerned about risks related to disruptive technologies (such as quantum computing), intelligent systems (such as autonomous vehicles) vehicles) and innovations in the medical field (such as gene editing).

Those surveyed among the general public, meanwhile, point to pandemics and infectious diseases as top risks, as expected. They put cybersecurity risks in fourth place, behind terrorism and threats like lone wolves and small groups using new attack methods. When asked why they named this class of risks in their top five, they named “identity theft” (30%) and “loss of privacy” (18%).

The survey also revealed a difference between younger and older respondents. When highlighting the top cyber risk concern, the older group named “disruption of essential services and critical infrastructure,” while younger respondents highlighted “identity theft” and “loss of privacy.  In addition, respondents under age 25 are more concerned about ethical risks associated with technology use. However, the top concern for all age demographic groups was “privacy of personal information,” including biometrics and genetic data.

When asked whether they believed people were more or less vulnerable to these risks now than five years ago, 84% of experts said everyone is more vulnerable globally, with more voting for “much more vulnerable” than for “somewhat more vulnerable. Among the general public, that figure was 80% up from the 73% share recorded in 2020. For a more specific question on personal feelings about vulnerabilities, topics associated with health, environment, and technology topped the list.

The AXA Future Risks Report was produced in partnership with research institute IPSOS and geopolitical analysis consultancy Eurasia Group. 3,500 risk management experts from 60 countries were interviewed and a survey of 20,000 people from the general public in 15 countries was conducted. Respondents were asked to rank the top five future risks from a selection of 25 items, based on the potential impacts on society over the next 5 to 10 years.