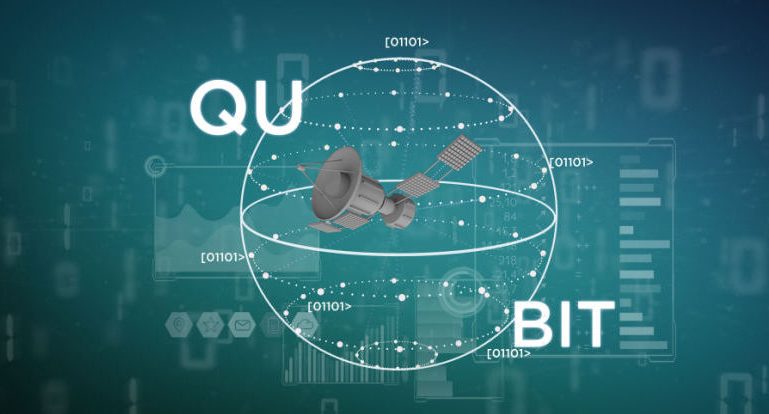 Thinking of protecting against cyber-attacks and geopolitical threats, the European Space Agency (ESA) and companies in the region are teaming up to work on a highly secure communication system. The future Eagle-1 satellite will be the first quantum key distribution (QKD) system in space because of a recent contract signed between ESA and a consortium of more than 20 companies led by operator SES with support from the European Commission.

The satellite will significantly increase European autonomy in cybersecurity and telecommunications according to the agreement. It will be used in developing and deploying the European Quantum Communication Infrastructure (EuroQCI) to be integrated into the European secure connectivity system. This will enable the European Union to prepare for a cross-border, sovereign, autonomous, secure quantum communication network.

Based on quantum mechanics, Eagle-1 will demonstrate the viability of quantum key distribution technology from low Earth orbit to the ground so that any espionage attempt will be detected immediately. To do this, the system will use systems developed in ESA’s Scylight programme.

Initially, the system will use an optical ground terminal from the German Aerospace Centre and a new optical ground terminal to be developed by a team from the Netherlands. The Eagle-1 satellite platform from Italian company Sitael will carry a quantum key payload built by Germany’s Tesat Spacecom and will be operated by Luxembourg-based SES. Other ESA member states involved in the project are Austria, Belgium, the Czech Republic and Switzerland.

“European space innovation is gaining momentum from a technological and commercialisation perspective. It has enabled us to develop and implement state-of-the-art projects in space in key areas such as secure communication, networking and cyber security. Led by ESA, partly funded by the European Commission and implemented by SES, the Eagle-1 project is an important step towards making Europe’s secure and scalable infrastructure for quantum communication a reality,” says Josef Aschbacher, ESA Director General.

For Elodie Viau, ESA Director of Telecommunications and Integrated Applications, keeping information secure is critical in an increasingly interconnected world. In this context, vital encryption keys and technologies that enable their secure distribution are essential. “We are proud to partner with the European Space Agency and the SES-led consortium to create this highly secure and autonomous quantum key distribution system. ESA has enabled the European space industry to support that industry around large-scale programmes, achieving important advances in competitiveness.”

The Eagle-1 satellite will be launched in 2024 and will have three years of in-orbit validation supported by the European Commission.

China ahead and others on the way

China launched its first satellite for quantum communication in 2016. The 600kg QUESS satellite is designed to circle the earth at an altitude of about 500 kilometres, completing one lap every 90 minutes. The satellite was nicknamed Micius after a Chinese scientist who conducted groundbreaking optical experiments in the 5th century BC. QUESS was also programmed to test “quantum teleportation” by transmitting precise information about the states of particles from the satellite to a ground station in Tibet.

Last July, the Chinese government said that a smaller quantum satellite, designed by the University of Science and Technology of China and other developers, had also begun operations in low orbit for real-time quantum key distribution experiments. The new satellite is about one-sixth the weight of Micius.

The Chinese university said that based on the quantum technology first seen on the Micius satellite, it is clear that more such low-cost satellites are needed to realise an efficient, practical and global quantum communication network that can meet growing user demand. Already, Singapore’s SpeQtral startup is planning to deploy its first LEO QKD satellite in 2024 and has already signed a deal to use the ground services of Europe’s Thales Alenia Space. Meanwhile, Virgin Orbit is expected to launch the first LEO satellites for UK quantum cryptography startup Arqit in 2023.