Urban farms grow thanks to IoT 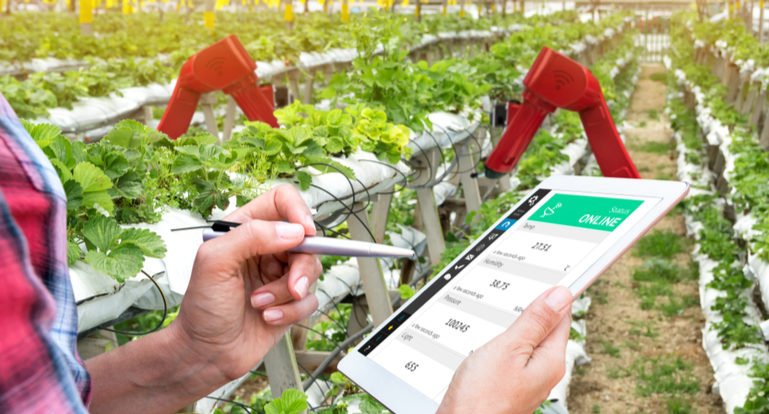 World-renowned for its advanced smart city models, Singapore has pioneered the development of a semantic 3D model, including buildings and infrastructure and land attributes in urban regions, among other elements. “Urban farms are becoming a vital component of Singapore’s ’30 by 30 ′ vision, and IoT technologies will be a key driver of smart farming,” says Susan Loh, vice president of marketing and Business development at SPTel, the company behind the initiative. “Enabling smart urban farms to exploit IoT to raise crop yields will be critical to the long-term success of this Singapore urban farming program.”

Agri-tech company AbyFarm is conducting one of these smart, pesticide-free, and environmentally sustainable urban vertical farms on the roof of a car park in the Ang Mo Kio region. According to Phoebe Xie, co-founder of Abyfarm, IoT technologies are used to monitor and automate processes, using thousands of data points to understand the entire crop cycle and create optimal environments to raise yields and crop quality.

IoT sensors linked to SPTel’s IoT-a-a-S platform facilitate device management and data collection. Quantities such as light, air, and water temperature, pH, humidity, and nutrients are measured so that an agronomist can determine the state of the crop and identify any diseases.

SPTel’s IoT-as-a-Service platform proposes to help urban farms adopt IoT solutions in their processes and overcome the challenge of having to use devices from different vendors to do environmental condition monitoring, for example. The platform is capable of monitoring and managing multiple sensors and applications, regardless of their gateway deployment requirements.

With SPTel’s platform, urban farms can also easily connect more IoT sensors as they grow, while maintaining centralized control. Moreover, relying on SPTel’s network of secure hubs distributed across Singapore, these farms can use the IoT platform with island-wide reach.

“SPTel’s IoT-as-a-Service solution for data collection and analysis allows us to track multiple sensors simultaneously and become a self-regulating and sustainable urban farm, relying on IoT, automation and blockchain technologies for crop recording that enables traceability from farm to table, raising food safety levels,” highlights Phoebe Xie of Abyfarm. “AbyFarm is ready to make smart and sustainable farms a reality in Singapore.”

Singapore’s Ministry of Sustainability and Environment has set a target of producing 30% of nutritional demands by 2030. Known as “30 for 30”, the strategy requires a combination of factors, such as adequate spaces for urban agriculture and increased food production, which depends on the adoption and deployment of various technologies, such as those being used in the smart urban farms initiative.

Inspiration to the world

Agriculture is an area where governments typically invest. But if the government is busy looking back, or trying to go back to somewhere in the past, private companies can step in and propose advanced solutions, as is the case in Singapore and its vertical farms. The government has been encouraging the consumption of fresh and organic, locally grown food. But the island has only 1% of its total territory cultivated, forcing it to spend about US$10 billion a year, importing 90% of the food it consumes. Increasing local production is an economic issue that high-tech urban agriculture tries to address.

There is a lot of talk about VertiVegies, one of the first vertical farms created on the island, after Sky Greens, the first in the world. But not only it has been shining. In late 2019, Sustenir expanded activities to Hong Kong. A year ago a new US$30 million ($41.2 million) company called Unfold was formed to develop advances in vertical farming, the result of a partnership between Temasek Holdings Pte and Bayer AG, demonstrating the strength of this trend.

Around the world, investors and entrepreneurs are excited about the potential for vertical farming to revolutionize the global food system, and some vertical farming companies have raised copious amounts of money. Plenty, a San Francisco-based startup and the best-funded vertical farm, has raised $401 million in funding, with backers such as SoftBank, Alphabet Chairman Eric Schmidt, and Amazon CEO Jeff Bezos. US startups AeroFarms and Bowery Farming are not far behind, with $238 million and $167.5 million in funding respectively.

While there has been a lot of attention on these companies, and their exploits, there are dozens of other companies in the sector developing their own approaches to vertical farming, including in Brazil. Pink Farm, BeGreen, and MightyGreens are names that are always remembered when the subject is mentioned here.

By vertical farm, we mean any building or space in which it is possible to grow food, higher than a single story. Using LED lighting tailored to the exact needs of the crop, along with advanced hydroponic growing systems and vertically stacked tray cultivation with no exposure to weather or seasons, they can achieve yields hundreds of times higher than the same area of traditional farmland. Not coincidentally, the vertical farming market is expected to exceed $1 billion by 2030, according to a report by IDTechEx.

So vertical farms may well be the future of agriculture. Because if agriculture is to continue to feed the world, it will need to become more like manufacturing. Which is already starting to happen.

Aeroponia can give an extra boost

An interdisciplinary study combining biology and engineering sets out steps to accelerate the growth of vertical farming, including the use of aeroponics that uses nutrient-enriched aerosols instead of soil, reports Science Daily. Conducted by the John Innes Center, the University of Bristol, and aeroponic technology provider LettUs Grow, it identifies future areas of research needed to accelerate the sustainable growth of vertical farming using aeroponic systems.

According to its authors, six reasons would justify the transition to aeroponic vertical farms.

“Given that 80% of agricultural land worldwide experiences moderate or severe erosion, the ability to grow crops in a no-till system with minimal fertilizers and pesticides is advantageous because it provides an opportunity to grow crops in areas facing soil erosion or other environmental problems, such as those related to water,” explains Bethany Eldridge, a researcher at the University of Bristol who studies root-environment interactions and one of the study’s authors.

In addition, urban water demands are expected to increase by an estimated 50 percent over the next 30 years. Hydroponic and vertical farming technologies with closed water loop systems have the advantage of enormous savings in water and land use.  But more savings may be needed in the future.

Aeroponics involves plant roots suspended in an enclosed, dark space and receiving a sprayed or misted nutrient solution, but although it uses very little water and labor, some issues have hindered its adoption since its invention in the late 1950s. Some have been resolved, such as the cost issue. Others remain, such as the fact that aeroponics does not allow for an easy transition between different crop types, notes Joseph (JC) Chidiac, a horticultural engineer at Cultivation Bioengineering in Colorado, USA. And constant problems with components, such as nozzles clogging when spraying nutrient solutions to plant roots in an aeroponic system.

“But we are entering a new technological era, and the use of precision sensors, actuators, and software, along with new nozzles and atomizers, are helping to facilitate its advancement, says Seth Swanson, director of Global Plant Sciences at AEssenseGrows in California.

Many people are betting that because aeroponics has “direct applications” to support global consumer demand for transparency and efficiency and more in our global food system, its use will increase. In fact, according to Allied Market Research, aeroponics is expected to grow at a compound annual rate of 25.6% over the next six years.