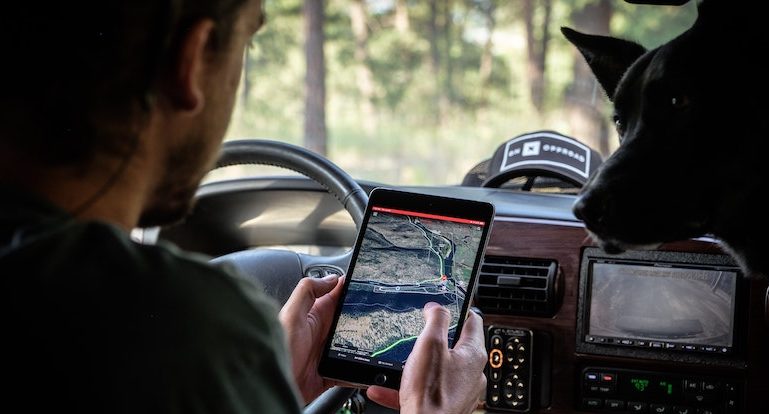 An alternative positioning system more robust and accurate than the GPS we know, especially in urban environments, has been studied by Dutch researchers recently. They presented a working prototype for this new infrastructure that achieved an accuracy of 10 centimetres and can be adapted for various applications, from healthcare, automated vehicles and next-generation mobile communication systems. The results were published in the journal Nature last November.

The so-called PNT (Positioning, Navigation and Timing) technologies, which include GPS systems, are becoming increasingly relevant for various sectors of activity. Such solutions can offer companies accurate information that, in general, is free, ubiquitous, and reliable, making them excellent allies for business.

They can benefit, for example, the logistics sector, with telematics and Internet of Things (IoT) equipment that uses precise positioning technologies to ensure more visibility of assets from the point of origin to the destination and helps to ensure better management. Of fleets.

Along the same lines, in retailers’ closed environments, the precise positioning offered by PNT technologies can contribute to having more visibility on consumer behaviour in real-time, using devices in shopping carts, for example, in addition to better managing queues and prioritizing frontline tasks.

Another sector that benefited from PNT technologies is medical assistance which, through wearable devices used to monitor health conditions, can count on better positioning to detect the altitude where the user is and thus better measure heart rate and blood pressure, to name only one application. Additionally, location tracking can help in emergencies where you need to refer a healthcare professional quickly.

Other benefiting sectors are food delivery or private transport platforms, which need to find available drivers faster and at the shortest distance and calculate the best routes and the estimated time of arrival at the destination based on real-time traffic conditions.

However, current global satellite navigation systems, such as the United States GPS and the European Union’s Galileo, rely on satellites, which have their limitations and vulnerabilities. Its radio signals are weak when received on Earth, and positioning is not as accurate when they are reflected or blocked by buildings. “This can make them unreliable in urban environments, for example”, says Christiaan Tiberius, from the Delft University of Technology and coordinator of the Dutch project. The researcher adds that this can be a problem if we want to use automated vehicles. Furthermore, citizens and authorities depend on these navigation systems for many location-based applications and devices. And so far, we don’t have any backup system.

The novelty, Super GPS, is an alternative positioning system that uses mobile telecommunications networks instead of satellites and can be more robust and accurate than conventional GPS.

An innovation of the solution is to connect mobile networks to a precise atomic clock to transmit perfectly timed positioning messages, just as GPS satellites do with the help of the atomic clocks they carry on board. These connections would be made through existing fiber optic networks.

The researchers were already investigating techniques for distributing the national time produced by atomic clocks to users elsewhere through telecommunications networks. With this technique, it is possible to transform networks into an atomic clock distributed throughout the country, with many new applications based on mobile networks. With the recently demonstrated optical-wireless hybrid system, anyone, in principle, can have wireless access to the national time. According to the researchers, this essentially creates a clock radio accurate to within a billionth of a second.

Furthermore, the system employs radio signals with a much higher bandwidth than the commonly used ones. This helps to separate reflected signals from, for example, city buildings and allows for greater positioning accuracy. At the same time, bandwidth in the radio spectrum is scarce and expensive. The researchers got around the high costs by using multiple low-bandwidth radio signals spread over a large virtual bandwidth. According to research, the advantages of this method come from the fact that only a tiny fraction of the virtual bandwidth is used, and the signals are very similar to those of cell phones.