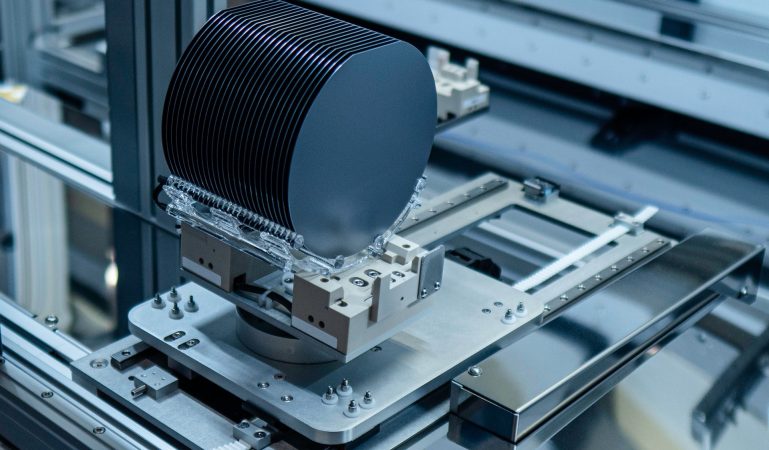 The semiconductor supply chain has suffered greatly since the beginning of the Covid-19 pandemic. Temporary factory closures have caused a domino effect on global chip supply, a situation that continues today despite heavy pressure on manufacturers from customers and governments. And demand for computing devices rose at the same time, with companies moving their services to the cloud and changing consumer habits, with many people moving to work from home.

In recent months, the spread of the Delta variant in Southeast Asian countries such as Malaysia and Vietnam has meant that new plants have had to close or have their production capacity reduced, further impacting the supply for building processing devices, for a wide range of purposes, from computers to automotive components.

In the US, the Federal Administration has been putting pressure on semiconductor companies to be more transparent with their customers regarding orders, inventory and manufacturing and sales volume. In particular, the Commerce Department has threatened to use various types of legal pressure to get major companies to provide updates on their actual conditions through government-designed questionnaires.

Semiconductor manufacturing and distribution by companies such as Taiwan Semiconductor Manufacturing Co. (TSMC), Samsung, Intel, Qualcomm and Apple are essential to make up cellular, computing, industrial and automotive products, also reaching the construction of datacenters. Some companies have disclosed difficulties in obtaining essential components, accumulating a backlog of 70 to 80% beyond normal in recent months.

Lead time for chip delivery has increased to 20.2 weeks in August, according to Susquehanna Financial Group, a raise of 8 days over previous months. Some industries, such as the automotive industry, were taken by surprise by the Covid-19 outbreak: their demand forecasts have not matched reality and this has already led to US$100 billion in losses for automakers.

Despite the problems, semiconductor manufacturers say they are working at 100% capacity, some even increasing shifts, to keep up with growing orders. The chip industry has never manufactured so much, and many companies have announced factory expansions and the construction of new facilities.

TSMC, the world’s largest semiconductor maker, announced in April that it planned to invest $100 billion in new factories, in the second half of 2022, in places like Tainan in Taiwan, and then another in Hsinchu. And it is still considering building in Baosham. The company also says it wants to build a $12 billion plant in Arizona, which should come online in 2024. Another manufacturer, Korean SK Hynix, also announced an equivalent amount to set up a plant south of Seoul.

Earlier this month, Intel’s CEO spoke at the IAA Mobility event in Munich and said tha company plans to invest up to $95 billion over the next decade to set up two new factories in Europe, as well as expand its factory in Leixlip, Ireland. And in an interview with The Washiton Post, he stated a plan to put up another $60-120 billion to raise new plants in the US, with no place yet defined, in addition to expanding plants in Arizona, with investments of another $20 billion. The company is in the process of collecting proposals from various US states, but believes it should generate more than 10,000 direct jobs and another 100,000 indirect jobs, essentially “building a small town”.

In spite of manufacturers’ plans and stratospheric spending, these new investments should take time to impact the pace of chip manufacturing, which is not expected to normalize until the end of 2022, or early 2023, according to industry experts. The backlog of accumulated orders and restrictions imposed by the pandemic should still impact the availability of semiconductors in the global market for a few months, if not years.

The direct consequence of the lack of market products is, of course, a rise in prices. TSMC, Samsung Foundry, GlobalFoundries, SMIC, UMC and others who manufacture wafers for third parties have raised their prices recently, which has had a cascading effect on the value of virtually every electronic device in the world. According to a study by Counterpoint Technology Market Research, prices for wafers made with TSMC’s more mature technologies increased 25 to 40 percent between 2020 and the third quarter of 2021, and are expected to further increase 10 to 20 percent in 2022.

Counterpoint does not expect, however, that the values of more advanced and modern technologies, 10 nanometers and smaller, suffer the same impact, because manufacturers often negotiate prices with their customers, to launch and “push” new technologies. But this should not last long, and soon consumers will be forced to buy less advanced products because of the difference in the final value.

Responsible for more than half of the global foundry market, providing chips for Apple, Nvidia and Qualcomm, TSMC was slow to pass on to customers their increase in costs, mainly because it has always charged higher prices than its smaller competitors, taking a large margin in these transactions. But early next year consumers should already feel the problem in their pockets. Nvidia, for example, announced that the supply of its GPUs will suffer because of scarcity and costs of parts. There are also indications that AMD and Qualcomm will increase their prices, impacting the value of GPUs and processors.

For those who buy in retail, there are still products available, but for those who purchase in wholesale, such as new data centers, the situation is getting complicated. The lack of resistors, capacitors, integrated circuits, power supplies, among other components has held back the manufacture of key products such as switches, routers, servers, network cards, video cards and even power and cooling systems.

Semiconductor manufacturers continue to meet their revenue targets and generate profits for their shareholders, many of them committing to invest in capex in the coming years and reduce their margins, to prepare for the future ahead. As such investments are not made overnight, we will have to wait for 2022 or 2023 to see if the supply and demand curves balance out.