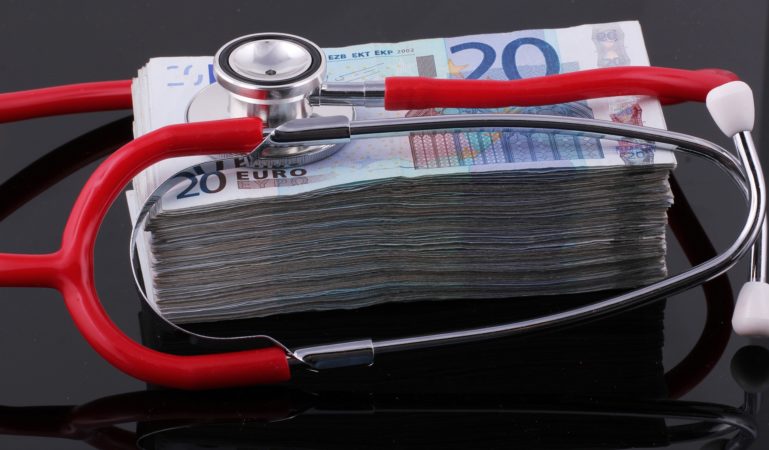 Annual healthcare spending has risen to nearly US$8 trillion globally by 2020, and is projected to continue growing at 5% or more per year until 2023. In Europe, it already passes 10% of GDP and in the US 17%, according to a study by Dealroom, in partnership with Inkef Capital and MTIP. The higher incidence of chronic diseases, the increase in the average age of the population, the problems related to obesity and smoking and the increasing costs with the development of new drugs have weighed more on the pockets of consumers and governments, driving the upward trend.

In a market slow to adopt technology, there are plenty of opportunities to optimise almost every medical and pharmaceutical processes, which has VCs excited. The Covid-19 pandemic alone accelerated technology evolution and adoption by 10 years in the first months of 2020, and even more so in the following months, influencing research, application and process development, and the use of emerging technologies such as robots and artificial intelligence. Even the adaptation of anachronistic laws, which hindered the advance of digitalisation in healthcare, are no longer a problem. This more positive scenario explains, in part, the proliferation of new startups in the sector.

It is mind-blowing to look back 18 months before the pandemic started and remember that it was caused by an unknown virus, for which, of course, there were no vaccines yet, and to see what we have achieved so far, with eight approved vaccines, almost 100 in trials and more than 2.7 billion doses administered worldwide. All this has only been possible because an extraordinary amount of funds has been allocated and the rules have been changed to facilitate the production of medicines.

The digital health sector should be closely watched by investors, entrepreneurs and patients – in other words, all of us – as it should bring advances in tests done at home, in destigmatisation of various factors and diagnoses, in remote monitoring devices, surgeries performed remotely by robots and, finally, in more appropriate, less invasive, more efficient and life-saving treatments.

In Europe alone, for example, the combined value of health technology companies is expected to rise from $8 billion in 2015 to $41 billion this year, with online pharmacies, telemedicine and remote monitoring companies, and digital health insurance services accounting for more than 70% of that value. The use of AI for research and development of new drugs and surgical robotics aided by Augmented Reality, on the other hand, add up to 14%. Values that are not negligible in the eyes of VCs that, according to Deloitte, in 2020 will invest US$ 21.6 billion in healthcare and, only in the first quarter of 2021, another US$ 7.1 billion.

Recent research conducted with digital health companies in Latin America revealed barriers in the region to accessing capital. Among the most frequently cited issues are regulatory risks and the scarcity of local investment money. Even so, healthcare remains the second most preferred sector for investors, who have focused heavily on fintechs. In 2020, healthcare-focused startups received more than US$150 million in investments, including angel and fund capital, and have already raised US$126 million this year.

This growth has been influenced by an important movement on the part of consumers themselves, who have been taking charge of their health, better controlling their spending and carefully choosing their providers. Health is one of the largest categories of household spending, but 80% or more is indirect spending, directed toward insurance and government fees. Just under 20% is direct spending, undertaken voluntarily by families. With the advancement of digital tools for telemedicine, remote diagnosis and monitoring, more and more people should feel comfortable engaging these services, opening up even more space for new applications. It is the area that has received the most attention – and investor dollars – in the last two years.

In Asia and the US, where markets are less stratified, growth is even higher. There, health companies may reach over US$ 50 billion, as is the case of JDH, China’s largest online health platform. Forecasts by GMO Research indicate that the Asian market will reach US$ 80.7 billion by 2025, with wearable health devices, equipped with sensors and microchips, contributing US$ 3.2 billion, growing more than 25% a year.

One of the main areas of attention is the use of machine learning and augmented reality in the early diagnosis of diseases. Laboratories have invested in these technologies to assist physicians in imaging diagnosis, greatly increasing the assertiveness rate of an ordinary human being. Large image bases of X-rays, CT and MRI scans have contributed to a significant improvement in diagnostic accuracy, and millions of combinations of physiological measurements have helped doctors better understand the entire functioning of the human body.

In particular, the use of artificial intelligence in clinical diagnosis, through genetic analysis, has attracted research dollars and investment funds. 23andMe has raised more than $800 million, and Guardant Health and Freenome more than $500 million each. Blood tests can detect and predict tumours, cardiovascular disease, prescribe diets and healthy, personalised exercise sequences.

The most widely used machine learning technique in healthcare is in precision medicine – a statistical method that uses large databases with pre-established diagnoses to train a predictive model capable of pinpointing which treatment protocols can best be applied to a patient based on their physiological attributes and measures, within a specific context. Another important technique is neural networks, used to determine whether a patient is prone to develop a certain disease. Along with deep learning, these models take advantage of advances in cloud and graph processing architectures to analyse billions of combinations and weights between variables to arrive at a percentage conclusion.

Although many of these databases are public and anonymized, it is necessary that they are constantly fed and updated, which requires the contribution of large clinics and hospitals, but also the breaking of certain legal barriers and consent of the patients themselves. In this sense, the mergers and acquisitions movement in the sector helps to bring together those who develop and those who collect the data. This trend should become stronger in the coming years, as more models are developed and more incumbent institutions bend to technology and the digitalization of their entire chain. But mostly, to the eagerness of some companies to become a one-stop shop for all their patients’ healthcare needs.