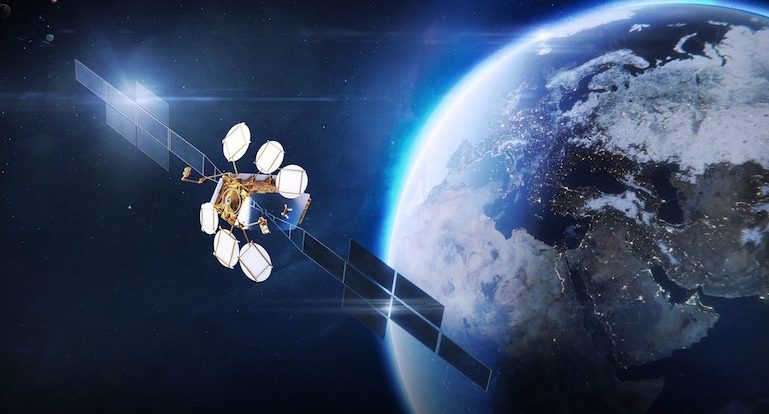 A new satellite giant is emerging in Europe. France’s Eutelsat Communications and Britain’s OneWeb have signed a memorandum of understanding to create a connectivity leader – Eutelsat will come in with a fleet of 36 geostationary (GEO) satellites. At the same time, OneWeb will bring its constellation of 648 Low Earth Orbit (LEO) satellites, of which 428 are already in orbit today. The resulting company could produce a European rival to the likes of SpaceX, owner of the US-based Starlink satellite constellation.

“Combining both businesses will provide a global innovation, bringing together LEO constellations and GEO assets to exploit the great growth opportunity in the connectivity sector and provide our customers with solutions to their ever-increasing demands. This combination will accelerate the commercialisation of OneWeb’s fleet and increase Eutelsat’s attractiveness profile. In addition, the combination will bring significant value creation potential, anchored on a balanced mix of revenue, cost and CAPEX synergies. This is truly a game changer for our industry,” says Dominique D’Hinnin, President of Eutelsat.

“The positive initial results of our services and our strong pipeline represent a fascinating opportunity in the fast-growing satellite connectivity segment, especially for customers who demand a high-speed, low-latency experience. Our customers are actively seeking a combined GEO/LEO offering,” highlights Sunil Bharti Mittal, CEO of OneWeb.

According to the companies, there is considerable opportunity in the connectivity market, fuelled by the growing demands of the B2B and B2C segments. These market segments are forecast to grow three and five times over the next decade to reach a combined value of around US$16 billion by 2030, with growth being met by GEO HTS and LEO capacity.

Eutelsat and OneWeb see their operations as being highly complementary. A clear roadmap has been created to develop over time a GEO/LEO service that will include a common platform, hybrid terminals and a fully mutual network, creating a unique offering and an excellent user experience.

The merger move came more than two years after OneWeb filed for bankruptcy. The UK government and Mittal’s Bharti Global ended up paying $500 million each for the 45% stake in the company, which also secured additional funding in early 2021 to launch hundreds of satellites.

The transaction will take place via a share swap – Eutelsat will take 100% of OneWeb, excluding the current UK government’s special share, and OneWeb shareholders will receive 230 million newly issued Eutelsat shares, representing 50% of the enlarged share capital. The merger of the companies is subject to regulatory and Eutelsat shareholder approval and is expected to be completed by mid-2023.

Telefónica, through its Telefónica Tech and Telefónica Global Solutions (TGS) divisions, and Satelliot, a satellite telecommunications operator, are working together to develop a connectivity service with dual 5G NB-IoT technology. In other words, they intend to connect IoT devices to 5G networks via satellite.

Tech to deliver IoT connectivity wherever you need it, including maritime coverage. The objective is to offer a global satellite service using LEO constellations, at an altitude between 500 and 1,000 kilometres, far below traditional geostationary (GEO) satellites. In addition, being compliant with 3GPP standards will allow NB-IoT devices to connect to existing terrestrial networks and new satellite networks.

This 5G satellite connectivity service will not require devices already used for NB-IoT connectivity. The agriculture, shipping, wind farms, solar farms and livestock sectors are expected to benefit the most as they are the ones who need coverage for IoT networks in remote areas. Telefónica Tech and TGS plan to start the first pre-commercial pilots with customers later this year.

According to an Ericsson report, by 2027, more than 30 billion devices will be connected to the Internet of Things (IoT) globally.