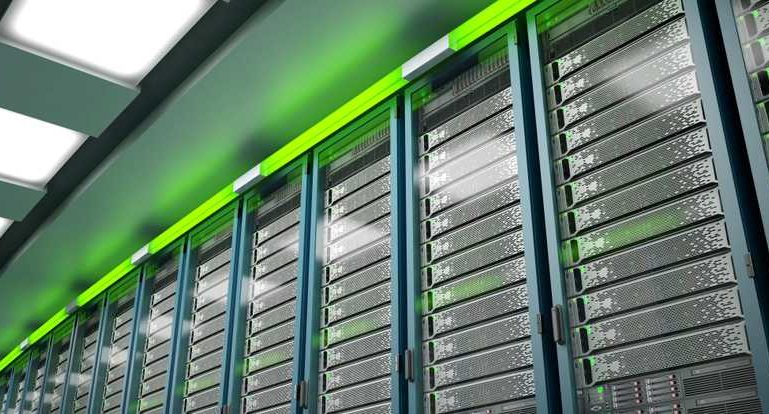 A datacenter startup, Bamboo Systems, has claimed that its Arm architecture-based server platform is up to 74 percent more energy-efficient than x86 servers.

The Arm architecture, well known for its use in smartphones, has not only become applicable to servers but has also become better than x86 systems in many cases. And, according to the startup, energy efficiency is precisely one area where Arm systems are superior to conventional servers. However, until recently, they could not deliver the performance levels demanded by workloads in datacenters.

Now the scenario is different, says Bamboo. To demonstrate this, the startup described the implications on CO2 production by a hypothetical datacenter when migrating to servers with Arm architecture. The company created a model to analyze the various factors contributing to the energy consumption by a medium-sized datacenter with 750 racks of conventional 1U servers. For comparison, one environment used Bamboo servers with Arm processors, while a second used Dell servers with x86 architecture.

The savings achieved by Bamboo’s servers were then calculated and translated into reduced CO2 emissions. According to Bamboo, the model shows that datacenters using the Arm architecture are able to reduce CO2 output by 74 percent, equivalent to almost half a million barrels of oil.

Just 1%, but they want less

Saving energy, adopting renewable sources, and contributing to reducing the effects of climate change are central themes in debates in the most diverse sectors. And why shouldn’t it also be in the world of datacenters?

According to conservative estimates from the International Energy Agency (IEA), only 1% of the world’s total electricity production was consumed by datacenters – a percentage that has remained constant for around a decade, even as datacenter workloads and Internet traffic have increased in recent years. We can deduce that there has been a significant gain in terms of energy efficiency, which has helped limit the growth of energy demand in these environments.

Alongside the miniaturization of silicon components, giving up small, inefficient datacenters and migrating to the much larger cloud and hyperscale environments have certainly contributed to keeping the share of data centres in total energy demand stable, according to the IEA.

In addition, hyperscale data centre operators, in particular, are leaders in consuming energy from renewable sources. For example, in 2019, the top four were ICT companies, led by Google. A year earlier, in 2018, Google (10 TWh) and Apple (1.3 TWh) purchased or generated enough renewable electricity to meet 100% of data centre consumption. In the same year, 75% of the energy consumed by Facebook’s data centres came from renewable sources, while Amazon and Microsoft were in the 50% range.

Yet datacenter operators remain under pressure to increase efficiency and reduce environmental impacts. Perhaps the demand has intensified in light of recent criticism of the cryptocurrency ecosystem for the high power consumption of servers used in mining, which has brought to the fore the need for datacenters to be more energy efficient.

On the other hand, the pandemic has raised awareness of the importance of datacenters in society today, similar to that of utilities such as water and electricity. To a large extent, it is they that have allowed many activities to continue, with remote working and studying and the intensification of e-commerce.

Still, this recognition does not exclude the responsibility of datacenters, especially when it comes to energy consumption and environmental impacts. These demands can be measured by the heating up of the market for so-called green datacenters, which is expected to be worth US$181.91 billion by 2026, with a compound annual growth rate (CAGR) of 23.01% between 2021-2026, according to the ResearchAndMarkets.com report. In 2020, this market was valued at US$53.19 billion.

Once again, big tech companies are taking the lead by setting targets to reduce their carbon footprints. Google, for example, has pledged to power all its datacenters and campuses with “carbon-free energy” – such as hydro, wind, and solar – 24 hours a day by 2030. Microsoft, meanwhile, has pledged to make its carbon emissions “negative” by 2030, that is, to extract more carbon dioxide from the atmosphere than it emits.

Amazon aims to zero its emissions by 2040 by using renewable energy sources to conduct its operations and make deliveries, adopting electric vehicles, investing in new decarbonization technologies and to reduce the effects of climate change.

However, some point out that using renewable sources to reduce the environmental impacts generated by datacenters is not the only front. The problem of under-utilization of computing resources needs to be tackled. A recent survey of 100 companies that spend about $1 million a year on cloud computing revealed that for more than half of them, IT infrastructure utilization is between 20 percent and 40 percent. “This research shows that IT leaders are very keen to explore the potential of the cloud, both from a compute and cost reduction perspective, but are wary of taking risks on solutions that drain resources too much,” comments Asaf Ezra, CEO of Granulate, which is responsible for the research.

Anyway, back to the starting point, the race between Arm and x86 architectures to see who will win the preference of datacenters can be a good ingredient in the scales that try to balance computational power and power consumption.