AI is now an ally of data centre managers 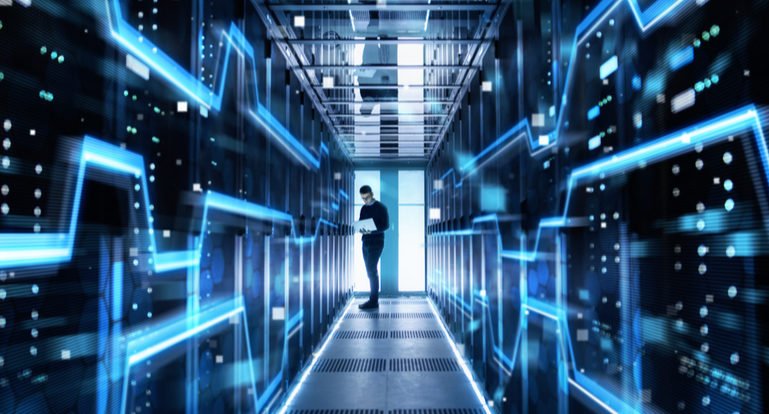 Managing data centers is often seen as a task akin to balancing spinning plates – it requires finding the best balance between managing workloads and IT staff, raising efficiency, and cutting costs. More recently, this work has gained the help of a major partner – Artificial Intelligence (AI).

AI promises to be a great ally in the automatic management of tasks performed in data centers, thus freeing IT professionals to perform tasks that actually require human intervention. In addition, the tools used so far tend only to provide answers to the problems that arise in these environments, but do not explore data to make predictions, reduce the incidence of problems and optimize resources, as can do the AI solutions, highlights Sean Kenney, director of KPMG.

In addition, AI technologies can contribute in areas that are gaining space on the agenda of organizations, such as reducing emissions by managing the temperature of equipment and optimizing energy consumption. In addition, they also help to reduce operating costs. Another field of action of AI is maintenance, foreseeing much earlier possible problems causing downtime and thus avoiding downtime.

While the idea of applying AI to data center management is not new, what is emerging as AI matures are tools based on a combination of various machine learning techniques, which are continuously optimized based on the patterns of the workloads they manage, with minimal human intervention. Bill Howe, associate professor at the University of Washington’s School of Information, cites as example database systems that require configuration of many elements to ensure efficiency, such as indexing tables, partitioning data on different servers, memory allocation, among others. In this case, AI can help by learning rules and procedures from historical data and adjustments that resulted in more efficiency for each task. It would be practically unfeasible for a professional to do the same on their own.

Only for large corporations?

Large data centre facilities have already been using AI technologies for several years as an integral part of their operations. Google, for example, reported in 2016 how it was able to achieve significant reductions in energy consumption in some of its data centres based on automatic management of fans and cooling systems using solutions from DeepMind, the artificial intelligence arm of holding company Alphabet, which owns Google. In 2019, it also reported using AI to predict up to 36 hours in advance the output of wind turbines used to supply the energy demand of data centres and offices in the United States.

Cooling and predictive maintenance were the most commonly cited applications of AI in data center environments, according to professionals the DCD website spoke to in early 2021. Power management, workload management, and security are potential use cases that have yet to show significant momentum. “The potential exists and is being demonstrated, but it’s not yet widespread,” points out Dave Sterlace, chief technology officer for ABB’s Data Center Solutions business.

Vendors are beginning to incorporate AI technologies into their products, often with point solutions, far from being able to manage all aspects of the data center, according to Juniper Networks. The difficulty may be a result of the heterogeneous set of equipment and systems typically found in today’s environments.

What about your data center? Is it ready to ride the AI wave? For Jeff Kavanaugh, director of the Infosys Knowledge Institute, the answer will depend on technology maturity, the scale of operations, and data center dynamics. Environments with outdated infrastructure and methods will struggle to make the transition. On the other hand, more and more AI technology vendors are offering tools for every type and size of the organization, which increases the chances of adopting AI as an ally in data center management.

However, there is a need to take things slowly. Subtle changes in data center systems and practices may not be picked up by AI techniques, as they specialize in identifying more stable task patterns, explains Howe. Drastic or sudden changes in the environment may not be identified by AI models and, unfortunately, you won’t get the most appropriate response. Stay tuned!