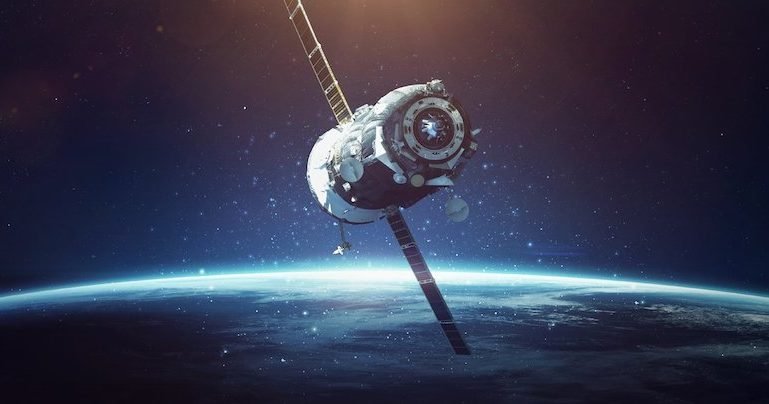 Amazon’s recent announcement promises to intensify the market for internet access via Low Earth Orbit (LEO) satellites. Amazon has signed agreements with three rocket launch companies to take its constellation of Kuiper satellites into space to diversify its range of IT services, providing low latency broadband to locations without reliable internet connections, for example.

The agreements were signed with Arianespace, Blue Origin and United Launch Alliance (ULA) and bring together 83 launches over a five-year period. There are 38 launches on ULA’s Vulcan Centaur rocket, 18 launches on Arianespace’s Ariane 6 and 12 launches on Blue Origin’s New Glenn, with options for an extra 15 launches. The goal is to cover most of the constellation of 3,236 satellites. According to Amazon, this is the largest commercial acquisition of launch vehicles in history.

Amazon says it is designing and developing the entire system in-house, combining a constellation of low-orbit satellites with small, affordable terminals and a secure, resilient terrestrial communications network. Project Kuiper will also help enhance Amazon’s global logistics and operations, as well as Amazon Web Services’ (AWS) network and infrastructure in order to serve a global and diverse customer base. Kuiper will also apply Amazon’s expertise in producing low-cost devices and services, such as Echo and Kindle, to provide affordable services.

Another aim of these contracts is to boost the launch services sector, with innovation and job creation in the United States and Europe.

The cost to produce antennas for the constellation of the Kuiper project is already “well below $500”, according to Amazon. “I actually think we can bring it down even further, but once you get to $500, you can start thinking about broadly scalable business models globally,” Limp said during the 37th Space Symposium. Amazon did not release information on pricing for equipment or Internet services related to the project.

Elon Musk’s SpaceX, on the other hand, introduced LEO satellites earlier this year that promise higher speeds and higher transfer rates for a one-off fee of $2,500 for the hardware and another $500 a month for the service. The basic Starlink models, on the other hand, charge about US$500 for the hardware and US$100 a month for the service. In January, Starlink said it had more than 145,000 users in 25 countries and about 1,800 satellites in orbit.

And these values may fall even further. The Boston Consulting Group (BCG) estimates that the cost of terminals will be between $130 and $300 by 2030.

However, in a column for FierceWireless, analyst Tim Farrar highlights some barriers to the adoption of LEO satellites. Because they move across the sky – unlike geostationary (GEO) satellites, they are more likely to experience interference. In addition, there are capacity constraints due to the range of spectrum available to LEOs.

According to the World Economic Forum, the race to deploy LEO satellite constellations will be increasingly competitive. The European Union, for example, has announced plans involving a €6 billion LEO satellite system to ensure cybersecurity and resilience in communications and improved broadband access to the region.

So far, to rival Elon Musk’s SpaceX and now Jeff Bezos’ Amazon’s Kuiper project, the closest European equivalent is OneWeb, which filed for bankruptcy and, 2020 after the Covid-19 outbreak and is now led by the UK government and Indian multinational Bharti Global and France’s Eutelsat.

The LEO satellites market is forecast to be valued at US$ 19.8 billion by 2026, at a CAGR of 15.5%. In technological terms, these satellites can help further accelerate the digitalization of business and the adoption of Internet of Things (IoT) solutions, especially in more remote areas or areas with wide land coverage, such as agricultural areas. In urban centers, they can contribute to the development of smarter cities, transport systems and logistics centers, for example.