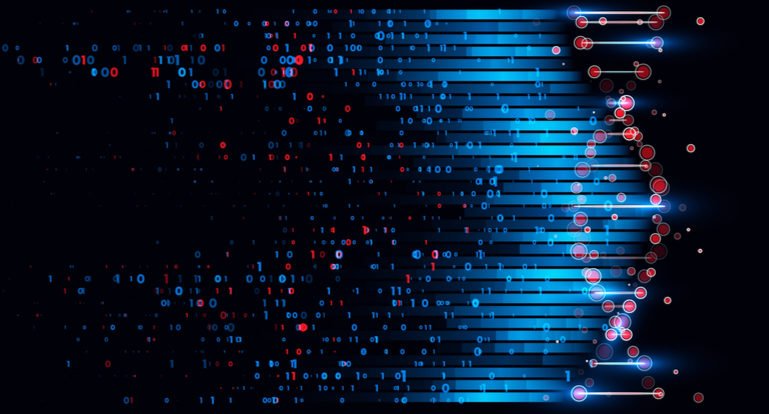 An international research team has developed a Visible Light Communication (VLC) system capable of reaching 2.2 Mb/s using a new OLED type.  The project is a cooperative effort among academic and research institutions in the United Kingdom, Poland, and Italy.  According to the group, this type of communication has the potential to be a game-changer for Internet of Things (IoT) connectivity.

VLC systems are based on the modulation of optical intensity and are considered an alternative to wireless networks based on radiofrequency. They use modulated light as a data carrier. However, they are hampered by scenarios in which there is a low level of penetration of visible light in non-transparent media. The solution found by the research team is extending the communication system operations to the “almost (in)visible” region of the near-infrared (NIR, 700-1000 nm) using a new OLED type.

VLC links with conventional OLEDs do not have very attractive data transfer rates for general use.  As the researchers explain in an article in the Nature journal, they can achieve speeds higher than 10 Mb/s using equalization and multiplexing algorithms by wavelength division.

In comparison, VLC networks using some specific LED types can reach 35 Gb/s and provide high power and wide bandwidth. These properties make LEDs interesting for integration into dual-purpose luminaries, which can provide both lighting and data transmission. The downside of LEDs is that they are composed of metals and are difficult to recycle, causing environmental damage when used on a large scale – which will be the case for IoT applications in the future.

Ideal for IoT and other applications

OLEDs created by the University of Newcastle guarantee 2.2 Mb/s, which is sufficient for many types of applications, according to the research group. In particular, VLC links based on the new OLED type have many properties that make them interesting for IoT applications. In addition to satisfactory speed and bandwidth, they can provide adequate security, with walls, having floors, and roofs as obstacles to the wavelengths on which this OLED type works. In this way, data transport becomes more protected against eavesdroppers. Another benefit is that IoT system suppliers will be able to incorporate these OLEDs into luminaries or even display technologies with communication-enabled individual pixels.

NIR-emitting devices are used in several fields, such as security, bio-detection, photodynamic/ photothermal therapies, and others that explore biological tissue semitransparency. In the case of implantable or wearable biosensors, they can be applied to monitor human vital signs and communicate with other devices via wireless networks.

In addition, it is a sustainable solution, as OLEDs are made of metal-free organic materials.

It’s not happen at the speed of light, but it’s growing fast

The Visible Light Communication market was valued at US$24.01 billion in 2020 and is expected to grow at a compound annual rate of 101% in 2021-2026, reaching US$ 1.5 trillion by the end of the period, according to a Mordor Intelligence study.

Still in an emerging phase, with prototype developments, this industry has been driven by the increasing presence of LED/OLED in almost every signaling and lighting system. The global LED penetration in the lighting market was estimated at 61% in 2020.

Another key driver for VLC is the expected deficit in the radio frequency spectrum for new wireless applications. In this context, VLC networks become an important ally.

The researches in this industry are divided by types of components and transmission used by VLC, applications, and geographic regions. Below is the map of growth by areas on the globe.