Nanorobotics will benefit Health and Agriculture 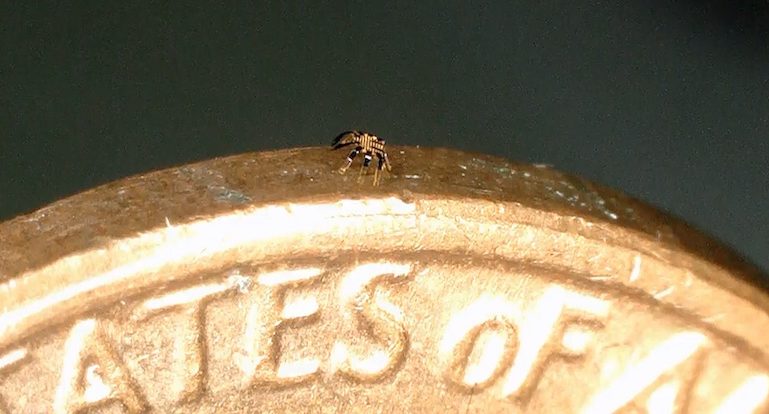 It sounds like science fiction, but it’s not. A robot in the form of a tiny crab, only half a millimeter wide, and controlled remotely was recently introduced by engineers at Northwestern University.

The minirobot can bend, contort, crawl, walk, spin, and even jump. The researchers have also developed a version similar to worms, crickets, and beetles. Although the research is exploratory at this point, they believe this technology could be applied, for example, as surgical assistants to clear clogged arteries, stop internal bleeding, or eliminate cancerous tumors – all in minimally invasive procedures. It can also be used in tasks inside tightly confined spaces or to repair or assemble small structures or industrial machines.

The research was published in May in the journal Science Robotics. In September 2021, the same team of engineers presented a winged microchip, considered the smallest flying structure ever made by man.

“Our miniature allows various modes of controlled motion and can walk with an average speed of half the body length per second. This is very challenging to achieve at such small scales for terrestrial robots,” says Yonggang Huang, who led the theoretical work.

Smaller than a flea, the robot uses no complex hardware, hydraulics, or electrical systems. Its innovation lies in the elastic resilience of its body. To build it, the researchers used a shape memory alloy material that becomes the “initial memory” of its shape when heated. The researchers used a laser beam to rapidly heat the robot at different locations in its structure. A thin layer of glass returns the corresponding part of the structure to its shape after cooling. As it changes shape, the robot moves.

Robots will also be able to gain an artificial skin developed by the Caltech technology institute and thus be able to measure temperature, pressure, and even handle toxic chemicals with a simple touch.

The new artificial skin is part of a platform that integrates it with a robotic arm and sensors that in turn connect to the human skin. A machine learning system that interacts with both allows the human user to control the robot with his own movements and, at the same time, receive feedback on his own skin.

The platform, dubbed M-Bot, aims to give users more precise control over the robots, and protect them against possible risks, such as contact with toxic substances.

“Modern robots are playing an increasingly important role in the areas of agriculture, manufacturing, and security. Can we give them the sense of touch and temperature? Can we make them have contact with infectious chemicals, bacteria or viruses, instead of us? We are working on that,” explains Wei Gao, assistant professor of medical engineering at Caltech.

The printable artificial skin developed at Caltech is a gel-like hydrogel that makes the robot’s fingertips much more like our own. Embedded in this hydrogel are sensors that give the artificial skin the ability to “feel” the world around it. According to the researchers, these sensors are printed onto the artificial skin in the same way that an inkjet printer transfers content onto a sheet of paper.

Because the sensors can be easily printed, new application-specific types can be designed and tested, whether chemical or biological, for example. Gao hopes that this solution will find applications in various areas, from agriculture to security and environmental protection, allowing robot operators to “sense” how much pesticide is being applied to crops, for example, or whether a suspicious backpack left at an airport has traces of explosives.

A paper describing the research was also recently published in Science Robotics.

In agriculture, meanwhile, an Artificial Intelligence (AI) robot with sensors and cameras helps identify and eliminate weeds with a high level of precision. The invention, from California-based agtech startup FarmWise, is called Titan and is trained to locate and cut weeds without harming the plants. The goal is to use the technology to simplify agricultural processes and limit the use of pesticides and herbicides.

Titan travels through agricultural fields, taking pictures of the soil and creates a 3D model in real time, according to Boyer. Titan’s AI system is trained on a database of more than 450 million plant images. FarmWise works with a weeding-as-a-service model in the US states of California and Arizona, which means that farmers pay per acre traveled by the Titan robot. The company currently has a fleet of 12 robots.