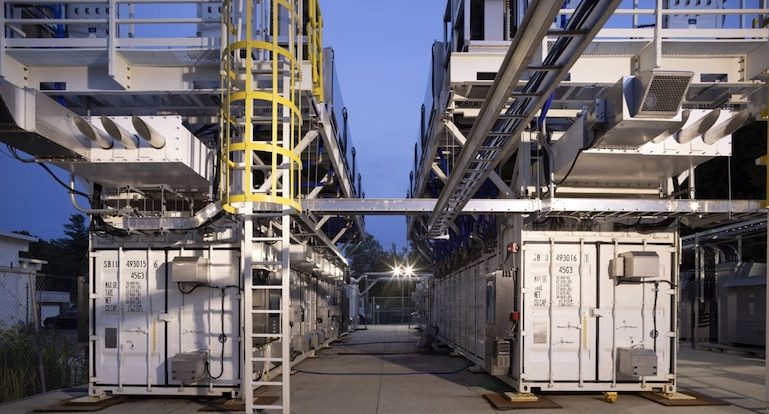 Late last June, Microsoft made a demonstration comparable, according to Sean James, the company’s director of data center research, to the feat of man landing on the moon. Hydrogen fuel cells in a pair of containers acted as a large-scale backup generator, a potential zero-carbon replacement for the diesel-powered equivalents that ensure continued operations in the event of large data centre outages.

Microsoft’s datacenters operate under a scheme known as “five nines” of availability, meaning that they are kept in full operation 99.999% of the time. To ensure this high availability, they largely rely on generators as an uninterruptible power supply in case of power outages.

When in action, these generators normally burn fossil fuel. Therefore, as one of the initiatives to eliminate diesel, Microsoft began to explore adopting short and long term sustainable alternatives.

Before the current achievement, in November 2021, Microsoft announced that its sustainable datacenters in Sweden would use as fuel for the generators a diesel from Swedish supplier Preem that contains around 50% renewable raw materials and an almost equivalent reduction in net carbon dioxide emissions compared to fossil diesel blends.

Turning to hydrogen fuel cells, a Microsoft initiative started in 2018 has started looking at proton exchange membrane (PEM) technology as an alternative solution to diesel generators, thought to eliminate carbon emissions, according to Lucas Joppa, Microsoft’s chief environmental officer. PEM fuel cells combine hydrogen and oxygen in a chemical reaction that generates electricity, heat, and water—with no combustion, no particulates and no carbon emissions.

These cells are commonly used in the automotive industry because, like diesel engines, they are quick to start and stop. This quick responsiveness would be ideal for powering backup generators in data centres.

Also in 2018, Microsoft worked with engineers at the National Renewable Energy Laboratory in Golden, Colorado, to power a rack of computers using a 65-kilowatt PEM fuel cell generator. As early as 2020, the team commissioned Power Innovations to build and test a solution to power 10 racks of servers in a datacenter for 48 consecutive hours using a 250-kilowatt hydrogen fuel cell system.

After this successful proof-of-concept, the team began testing the feasibility of a three-megawatt system large enough to replace a diesel generator in a datacenter (powering around 10,000 computer servers or 600 homes). However, a barrier had to be overcome – building a much larger PEM fuel cell system, more than 10 times the size of the one tested in the proof of concept.

The final design features 125 kilowatt fuel cells, 18 of which are packed into each container. These are the largest that Plug, a commercial developer of fuel cell and green hydrogen technologies, has ever made. In addition, the three-megawatt system is also Plug’s largest application. “This is the most interesting thing I’ve ever done. I don’t know how I’m going to top it in my career. There are so many pieces to the puzzle, and to see them all put together and working well and steadily is very rewarding,” says Hannah Baldwin, an electrical engineer in Plug’s group.

Starting that June day in Latham and for the next few weeks, Spink’s team ran the three-megawatt hydrogen fuel cell system through the tests Microsoft uses to qualify diesel generators to prove it could run reliably, including simulated power outages and hour runs.

Tests have proven that the new system is capable of reliably operating at the same level as diesel generators, even in the event of simulated power outages and running for hours at a time.

“This is a continuation of a journey we started in 2018. And in 2020, when we announced work with smaller tests, we warned that we would do a three-megawatt test at some point in the future. The future is here,” highlights Mark Monroe, principal infrastructure engineer on Microsoft’s advanced datacenter development team.

Microsoft must install one of these second-generation fuel cell systems in a research datacenter, where engineers will learn how to work with and deploy the new technology, including developing hydrogen-related security protocols.

Despite its abundance and potential as a clean energy supplier, hydrogen is found in nature in compound form with other elements. And disassociating it has been a costly challenge over time. Not to mention that the resources required to store, transport and extract energy at scale have limited its use. In the last decade, however, that calculus has begun to change, according to Darin Painter, Plug’s vice president of sales and product management.

According to the executive, this change has been driven by advances in the hydrogen ecosystem and the growing interest and commitment to sustainability. One of these advances has to do with more abundant and cheaper wind and solar energy sources that are enabling the cost-effective generation of so-called green hydrogen, with electrolysers. These machines work like a fuel cell in reverse—they use energy to separate water molecules into hydrogen and oxygen. If the energy used to operate the electrolysers is from renewable sources, then the hydrogen produced is considered green.