IoT and 5G, a promising marriage 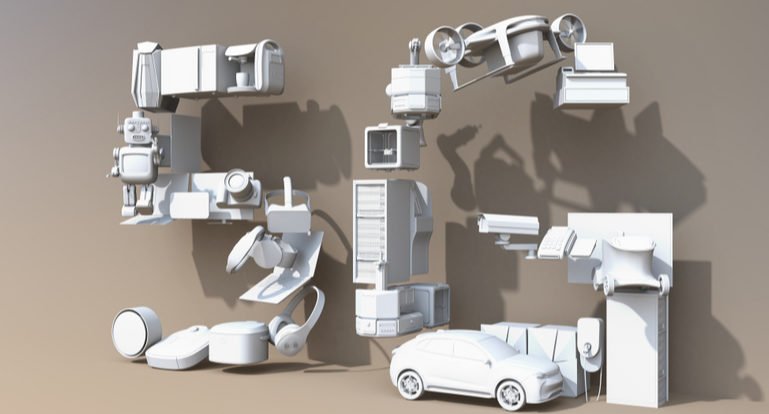 The positive impacts of the 5G networks on the evolution of the Internet of Things (IoT) are considered to be certain and significant and can be evaluated from several perspectives, from innovation and social benefits to the economic value of the market.

The combination of high speed connection, low latency and broad coverage provided by 5G will cover not only smartphones and tablets, but also appliances, vehicles, houses, medical and wearable devices, various sensor categories and many other “things”, with services and resources that have never been possible before.

The 5G standard will significantly improve Internet speed. Just to give you an idea, 4G networks have a response time of just under 50 milliseconds, while the fifth generation of mobile networks takes about a millisecond – 400 times faster than the blink of an eye, explained Ericsson.

According to Opensignal, which monitors the status of the world mobile networks considering measurements based on actual user experience, more operators are expected to launch 5G services in more bands across the spectrum; more operators intend to offer extremely fast 5G services using mmWave; and more operators are expected to release newer versions of the 5G standard and provide users with an experience based entirely on that standard, changing from NSA (Non-Standalone) to SA (Standalone) mode.

NSA and SA are two different paths that communication service providers can choose to transition from 4G to 5G. For operators who intend to provide better transfer rates quickly or deal with network congestion issues, it makes more sense to adopt the NSA mode, taking advantage of the existing infrastructure. For those who want to provide innovative services, SA mode works best, as it is capable of supporting massive communication flows with high performance or low latency applications, two scenarios that often use IoT devices.

It is precisely the 5G infrastructure that will allow IoT to advance more rapidly, that is, that more “things” can be connected and “talking” with high performance. And these are that things that already make up the majority on Internet. In 2020, for the first time, we saw more IoT connections  (for example, cars, appliances, industrial equipment) than non-IoT connections (smartphones, laptops and computers). At the end of 2020, of the 21.7 billion active connected devices worldwide, 11.7 billion (54%) were IoT device connections. The expectation is that there will be more than 30 billion IoT connections by 2025, almost four IoT devices per person, on average.

The IoT proportions can be translated into annual economic impacts, which are expected to range from US$ 3.9 trillion to US$ 11.1 trillion by 2025, covering many different environments, such as factories, cities, retail chains and the human body itself , according to a McKinsey study.

Many IoT applications have already happened without 5G, using existing 4G networks. However, areas that are more demanding in terms of low latency or handle the continuous transfer of large data volumes are where IoT-5G duo will do better.

According to Gartner, one of the two main use cases for the IoT+5G combination by 2023 is the automotive industry, with embedded modules in connected cars – it will represent about 40% of the base of installed 5G modules. The second use case is the outdoor surveillance high resolution cameras in the government and physical security industries, representing about one third of the 5G modules installed in the same period.

In some scenarios, the 5G arrival will enable more sophisticated operations, for example, with self-guided machines and robots on the factory floor. Also in the manufacturing industry, companies will be able to gain scale and high-quality information, with thousands of monitoring sensors continuously reporting the status of the equipment to guarantee operational continuity and predictive maintenance in environments free of cables and conduits.

Likewise, supply chains in different industries may benefit from the IoT+5G pair to monitor assembly lines, shipping, and deliveries using thousands of sensors.

In health, the more 5G IoT devices are used to monitor people or assets, the more benefits in relation to those provided by Wi-Fi or 4G LTE connections, according to Gartner. Some examples include devices to monitor patients and smart carts that can efficiently point out where medications are available. Another application is the fast transmission of patient medical history, including images and videos, among various environments, such as ambulances, hospitals and telemedicine practitioners.

In the retail industry, 5G technology can ensure the high speed and high-quality connections that are required to enhance the shopping experience and give retailers valuable insights to improve decision-making and increase ROI. How? Both are fundamental for innovation, as they enable advances in IoT, such as smart shelves and automated payment machines, step counting, among others. Also, Virtual and/or Augmented Reality are expected to help transform retail with the help of IoT-5G.

In the case of smart cities, which essentially depend on IoT functions, the 5G standard will be a key driver. Sensors and devices will be everywhere to collect data that, in turn, will be transmitted massively and at high speed to be analyzed and then feedback urban infrastructures.

5G networks use both Massive Machine Type Communication (MMTC) and Critical Machine Type Communication (CMTC). The first category is intended for use with a large number of IoT devices, exchanging data volumes that can be sent in small blocks at a time, regardless of latency. In the case of smart cities, it can be applied in fleet management, smart building management, and logistics. The CMTC category is intended for applications that require low latency and trouble-free transmission. Examples of CMTC applications include autonomous vehicles, traffic control, energy, and water supply.

IoT, 5G and other networks

Internet of Things does not live by 5G alone. IoT devices can use a variety of means to connect each other and share data, although most use some form of wireless connection, such as Wi-Fi, Zigbee, or Bluetooth. Other devices will continue to use pre-5G standards or may even adopt satellite communication, particularly in less populated areas or in cases requiring accurate location of assets.

Even without the widespread presence of 5G networks, the so-called Massive IoT continues to be implemented worldwide, albeit at a slightly slower pace than previously predicted due to the impact of the COVID-19 pandemic, according to Ericsson data. The number of Massive IoT connections was expected to reach close to 200 million in 2020. And the forecast is that 44% of IoT connections via cellular network will be broadband by 2026, however the majority will be connected still via 4G standard.