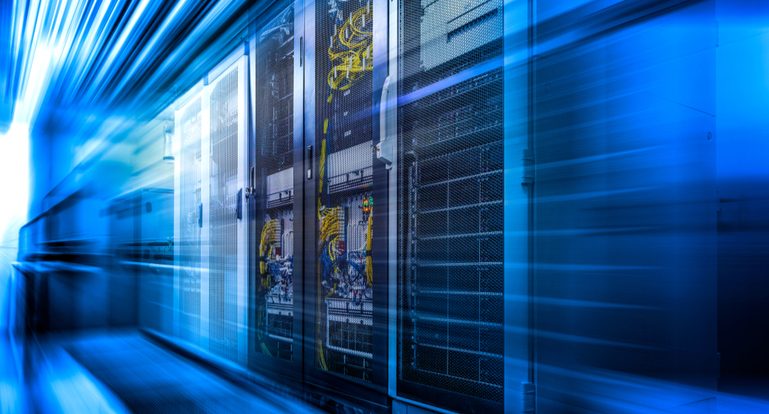 Liquid cooling appears to be one of the trends we will see in the datacenter universe in 2022. The concept was already circulating in 2019 and even earlier, as a technology that could be adopted on a large scale to meet the growing demands of high-density workloads from Artificial Intelligence (AI) initiatives. However, it was not at that point that liquid cooling became widespread.

Back in the year 2022, significant advances can already be seen in this field with initiatives from technology giants. In January, Intel announced a partnership with GRC (Green Revolution Cooling), a US-based startup specializing in immersion cooling for servers, to offer the datacenter industry more efficient ways to reduce the environmental impact caused by digital infrastructures. Through this multi-year cooperation, advanced immersion cooling techniques will be developed and implemented for future datacenters.

Engineering teams from Intel and GRC will evaluate the safety and reliability of immersion cooling technologies and also look to optimize the performance of immersion-cooled rack systems with Intel Xeon Scalable processors. In addition, they will work together to educate the market on the benefits of immersion cooling through webinars, ebooks, podcasts and white papers.

The collaboration also aims to assure the market that the fluids used by this technology meet the safety, material compatibility, and thermal performance standards that datacenters must meet.

This is not Intel’s first partnership in this field, In August 2021, a similar deal was announced with Submer, another startup in the field of immersion cooling, this one based in Europe. The collaboration aims to develop Precision Immersion Cooling Fluid Cloud technology for use in next-generation datacenters. The idea is to use immersion-optimized Intel Xeon server boards and Submer’s precision cooling technique to demonstrate the re-use of high-quality waste heat generated in datacenters. Another goal is to help create standards to accelerate the adoption of immersion cooling technology.]

A second giant that is investing in this area is Microsoft. The company announced in April 2021 that it is using immersion-cooled servers in a datacenters on the banks of the Columbia River in the United States. Unlike water, the fluid inside the tank is harmless to electronic equipment, and the low-temperature boiling allows servers to operate continuously at full power without risk of failure due to overheating.

Increasingly, datacenter operators are looking for ways to make their environments more sustainable in order to overcome the current challenges of scarce natural resources, such as water, and more efficient and environmentally responsible energy sources. The heat generated by datacenters was previously considered dead weight. It needed to be removed and disposed of through processes that impact the environment and compromise operational costs.

To change this, the Precision Immersion Cooling Fluid Cloud concept, for example, uses liquid cooling to achieve a higher level of efficiency and density by ensuring that high-quality heat can be easily reused, monetized, or even harnessed to generate electricity. As such, this approach can even help reduce the overall cost of datacenter operations.

Cooling systems can vary in terms of complexity and reliability, and can also have negative effects on datacenter hardware. In addition, they can differ in terms of efficiency – less efficient schemes can consume an astonishing 40% of total datacenter power.

In the face of rising energy costs, green concerns and new categories of high-tech refrigerants, liquid cooling has been gaining ground in datacenters with the promise of offering the following benefits, according to GRC:

1. Systems of this type are more offer greater efficiency that results not only in lower costs but also in less noise and pollution. In a nutshell. the liquid is more efficient than air for cooling datacenters – liquid immersion cooling is around 95% more efficient than traditional air cooling.

2. While liquid cooling works well in any climate, it can provide additional savings in terms of reduced energy consumption in warmer regions, where air-based systems are largely inefficient due to the warm local atmosphere.

3. Liquid cooling is much less expensive, which means a faster return on investment (ROI) and lower ownership costs.

4. Traditional air-cooled systems often use a lot of fans and air conditioning equipment that take up a lot of space and make a lot of noise. Liquid systems, on the other hand, don’t need much space – and saving space means saving money – they can start in small areas and add more modules as needed and, what’s more, they make the workplace quieter without the noise of the fans.

5. Because it consumes less space, the construction process for datacenters using liquid cooling is a little different, but far less costly – building a liquid-immersed facility can cost 60% less compared to traditional air-cooled systems.