IBM to use quantum computing in new drug research 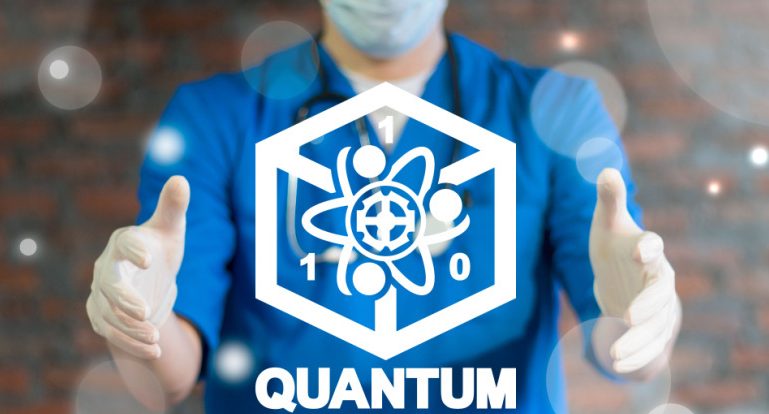 In recent years, quantum computing has sparked increasing interest from healthcare institutions and technology companies trying to determine how it will affect health IT and research.

Today’s most significant breakthrough in computing is the convergence of bits, neurons and qubits. There is hope that quantum computers will eventually surpass even the most powerful supercomputers in specific tasks, such as Machine Learning. In theory, “quantum AI networks” are no match for neural networks running on powerful conventional computers today. Right now, many scientists around the world are taking advantage of these capabilities.

IBM recently announced a partnership with Algorithmiq, a Helsinki-based startup, to explore quantum algorithms to address complex bioscience issues. The cooperation will bring together IBM’s hardware sector and Algorithmiq’s expertise in quantum software and applications, aiming to significantly reduce the time and costs of drug discovery and development. In addition, the work will contribute to the initiatives of Qiskit, an open-source SDK for quantum computers, with the aim of promoting and developing an ecosystem. As part of this agreement, Algorithmiq will become part of the IBM Quantum Network.

“IBM believes that the benefits of Quantum Computing in areas such as chemistry could be seen as early as this decade. We are therefore excited to be able to collaborate with Algorithmiq to drive this sector forward. We are already proving the promising results the company has achieved so far in improving the performance of quantum algorithms. We are pleased to support Algorithmiq’s actions through the IBM Quantum Network and believe their work can be instrumental in paving the way to demonstrate the advantages of quantum algorithms in the near term,” said Ivano Tavernelli, global leader of advanced algorithms for quantum simulations at IBM Reserch.

IBM researchers are working with Algorithmiq to address ways to overcome critical bottlenecks in today’s quantum hardware, such as limited speed, accuracy and scale, for extensive quantum simulations in the field of chemistry. Algorithmiq’s new measurement techniques can reduce the execution time of hybrid quantum-classical algorithms. Moreover, Algorithmiq’s post-processing strategies for error mitigation have significantly improved the accuracy of quantum simulations in chemistry.

“Even though unlocking the full power of quantum simulations will probably require fault-tolerant quantum computers, short-term equipment like the ones developed by IBM, combined with our new algorithms based on informationally complete data, already show advances today towards demonstrating the advantages of quantum technology for chemistry. This is a stepping stone for any application of quantum computers in the life science segments,” explains Guillermo Garcia Perez, CSO and co-founder of Algorithmiq.

In an interview with Forbes, Sabrina Maniscalco, CEO and co-founder of Algorithmiq, explains that there are something like 1063 types of molecules in the universe, and each one could eventually play some role in developing a new drug. Algorithmiq’s software, when run on a quantum computer, can search for all of them much more efficiently. The executive points out that, using conventional computers, the maximum range would be in the region of 1016.

Moreover, quantum computers don’t just offer more processing power, Maniscalco adds. The way this equipment works also provides a better match for the drug discovery process. Because they operate at the quantum physics level, they work precisely the same way as the molecules studied in drug research, i.e. it guarantees the ability to simulate quantum systems.

Founded by a team of academics, Algorithmiq focuses on applying the power of quantum computing so that new drugs can be studied and eventually brought to market, contributing to precise medical treatments in a practical, cost-effective way. According to the company, getting a new drug to market takes an average of a decade and costs about $1 billion. Algorithmiq hopes that, with its advances, these numbers will be significantly reduced and that future drugs may be more efficient and less harmful.

In November, IBM announced new advances in quantum hardware and software. Chief among them is the new 433 qubit ‘Osprey’ processor, which the company says will help solve previously unsolvable problems.

The IBM Osprey has the largest number of qubits among IBM’s quantum processors, more than tripling the 127 qubits of the IBM Eagle released in 2021. As a comparison, the number of classical bits required to represent a state in the IBM Osprey processor far exceeds the number of atoms in the known universe.

To learn more about how IBM’s evolution in terms of scale, quality and speed of systems, click here.

Another advance announced has to do with noise in quantum computers, which is still an essential element to consider in adopting this technology. IBM has released a beta update to the Qiskit Runtime, which allows speed to be exchanged for fewer errors with a simple option in the API. By abstracting the complexities of these features at the software layer, it will be easier to incorporate quantum computing into workflows and accelerate application development.

In addition, IBM continues to move forward with its IBM Quantum systems towards reaching more than 4,000 qubits by 2025. In this regard, the company has given further details of the new IBM Quantum System Two, designed to be modular and flexible, combining multiple processors into a single system with communication links. This solution should be online by the end of 2023 and will be a building block for quantum supercomputing.