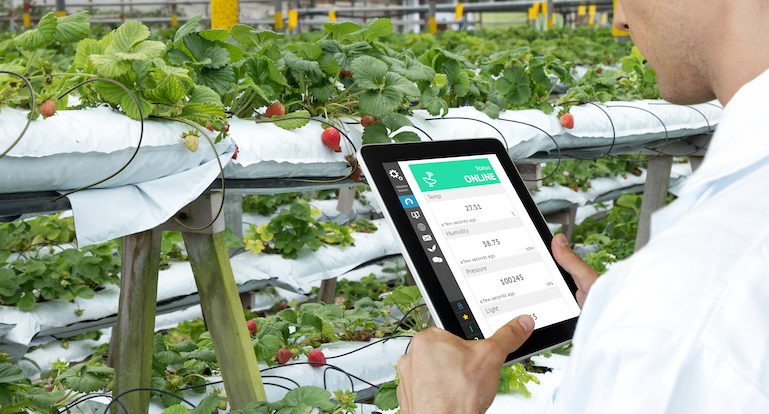 Price, capacity and size are usually mentioned as the three main factors driving the deployment of sensor technology. More recently, other characteristics such as intelligence, energy efficiency and the nature of these sensors have also become determinants. As sensors become cheaper, “smarter” and smaller, they have begun to be used in various applications, generating a wide range of data.

Today, four new sensors, on average, are connected to every new IoT device brought online, according to IoT Analytics. A third of all sensors shipped to the market in 2022 was part of a connected IoT device.

The image sensor market is also particularly important for IoT as it includes three use cases driving its adoption: machine vision, connected surveillance cameras and advanced driver assistance systems. And in the coming years, biosensors will open up new opportunities for the healthcare sector.

Biosensors, in fact, integrate the five technological trends pointed out by IoT Analytics that are expected to change the IoT sensor landscape in the coming years. Let’s see each one of them in detail.

1 – Sensors are becoming smarter and can act as edge devices – Some say that smart sensors are the basis of the ‘real’ Internet of Things. In Deloitte’s opinion, they differ from traditional sensors in that they are integrated platforms that include microprocessors, storage, diagnostic software and connectivity tools capable of turning the data they collect into insights. Decisions can be made immediately, and sensitive data can be processed without the need to send it elsewhere, as smart sensors can process the signals directly (e.g. validate and interpret the data, display the results or run specific analytical applications), becoming virtually edge devices.

According to a recent report by Allied Market Research, the global smart sensors market will grow at a compound annual growth rate (CAGR) of 18.6% to reach $143.65 billion by 2027.

2. Sensors become more energy efficient – More and more sensors use renewable energy sources to power themselves, such as solar or kinetic energy, thus eliminating the need for battery or other power source replacement. This innovation improves the reliability and longevity of IoT devices, especially those deployed in remote or inaccessible locations.

In addition, thanks to advanced silicon technologies, some sensors can now remain running on batteries for more than ten years, thus reducing battery replacement costs and efforts. However, the improved efficiency is offset by the energy required to increase the number of sensors. Therefore, the overall energy consumption of systems often does not decrease and may increase, which is a challenge.

3. Soft or virtual sensors increasingly complement physical sensors – In some cases, installing a physical sensor is impractical or too expensive. Something very common in the chemical, petrochemical, mining and steel industries. The soft sensors emerge then as the most viable alternative to generate data in real-time, with reliability.

Using measurements from multiple sensors (potentially different types of sensors) effectively reduces uncertainty in perception tasks. Single sensors typically suffer from limited range, limited field of view or performance degradation under certain environmental conditions. Furthermore, in single-sensor systems, degradation of measurement accuracy and sensor failure can be catastrophic. Alternatively, multisensory systems can address these challenges through redundancy of individual sensors (e.g., to provide full field-of-view measurements or multiple measurements of the same quantity) or through sensor diversity (e.g., using sensors with different characteristics to compensate for limitations of others).

Sensor fusion can reduce uncertainty by providing more complete data. For example, the radar sensor may have good accuracy longitudinally but less accuracy laterally. Conversely, a camera may offer a poor range estimate but a good lateral position estimate. By merging these two sensor measurements, the resulting estimate can be accurate both longitudinally and laterally.

5. Biosensors are becoming more mature – Expert Market Research’s projections for the global biosensor market put it at $34.6 billion by 2026. Recent advances in biosensor research suggest that this technology is also nearly ready for use in segments other than healthcare. Widely used to detect diseases, they also have some applications in industrial processes.

Depending on their application, biosensors are also known as resonant mirrors, chemical canaries, biochips, glucometers or biocomputers. Integrated approaches have provided a better perspective for developing specific and sensitive biosensors with high regenerative potential. Recent advances in biological techniques and instrumentation involving fluorescence tagging for nanomaterials, for example, have increased the sensitivity threshold of biosensors.

Today, there are very important biosensors for detecting multiple molecules related to environmental applications for pollution from various sources.