Home > IT Monitoring > Climate change should impact on data centres 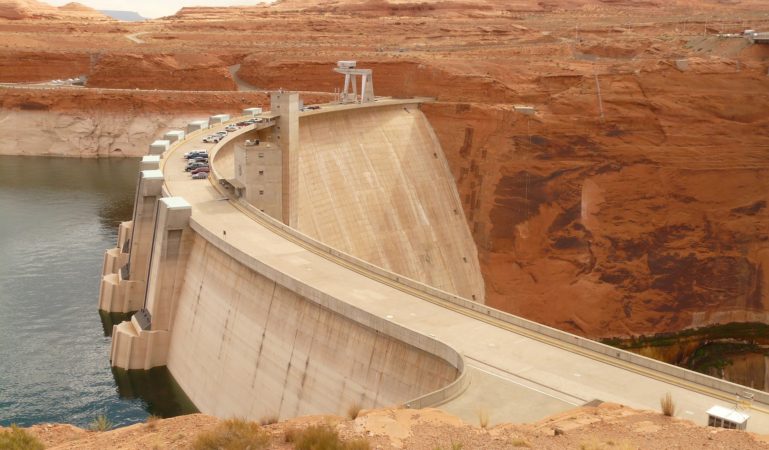 This week the Federal Government of Brazil published a decree establishing measures for the reduction of electricity consumption at the level of the national system. The document provides for a 10% to 20% reduction in consumption between September 2021 and April 2022, compared to the average for the same months in the years 2018 and 2019, and directly impacts data centres and data processing centres in the country.

Among the recommendations is the reduction in the use of energy for cooling environments, keeping “the rooms of the data processing centres cooled only to the limit of what is technically necessary”, turning off accessory appliances when not in use, and turning off lights in unoccupied environments. However, it specifies a limit of 24 degrees for air conditioning, which may be inefficient for cooling server environments.

The measure, according to the Government, has become necessary due to a great drought that is devastating the country, depleting reservoirs and dams, and impacting its agribusiness and hydroelectric power generation systems, which make up 65% of the national supply.

A few months ago, the United States also faced a similar situation, when a broadcaster published a study of how datacenters use water for cooling their environments and what is the impact on regions facing unprecedented drought, especially in competition for water use with local residents themselves. At the end of May, some 43% of the country was experiencing drought conditions, with some regions reporting 50% or less than normal precipitation levels.

The extreme heat this year has raised important questions about the location of data centres, the cost of which takes into consideration the value of energy, the abundance of water and possible cooling methods to extend the life of the equipment.

But the cooling discussion is not new. For the past five decades, most data processing centres were cooled with pressurised air on raised floors. As equipment density increased, and server efficiency became temperature-dependent, other techniques were put in places, such as containment strategies with the implementation of cold aisles and hot aisles, or the construction of in-line cooling units with variable speed fans.

Depending on the geographical location of the data centre, and the season of the year, it is also possible to use free cooling by capturing the fresh outside air in ventilated ducts and directing the warm indoor air outside. Another method may be immersion cooling, where power transformer circuits are submerged in a dielectric fluid such as mineral oil. Such oil conducts heat but not electricity, so it does not damage the components and removes heat more efficiently than using air cooling.

Statista estimates that the number of worldwide data centers in 2021 is more than 7.5 million. Of those, 2.6 million, or 35%, are in the US, which consumed more than 90 billion KWh of electricity in 2017, equivalent to 34 power plants of 500 megawatts each. The UK and Germany come next on the list for a number of data centres, with 451 and 442 respectively. Next come Canada, the Netherlands, Australia, France and Japan. All these regions have been impacted by climate change, be it heat, cold, rising sea levels or even the danger of tsunamis.

In a 2018 paper entitled “Lights Out: Climate Change Risk to Internet Infrastructure” the author’s used sea-level rise models superimposed on a map of datacenters and PoPs on US coasts and concluded that there are major vulnerabilities in buried fibre optic conductors and data centres in these areas. The study indicates that in 15 years, more than 6km of fibre will be underwater and more than 1,100 datacentres will be surrounded by water. The most affected areas will be, according to them, New York, Miami and Seattle.

Drought caused by climate change has hit the world hard over the last 20 years. And the impact on data centre sustainability has been felt and mitigated, with discussions and implementations of new and more efficient energy uses the search for renewable energy sources, better water and waste management, and planning for resilience to extreme weather events.

A 15 MW data centre, for example, can consume more than 1.36 million litres of water per day. So some data centres have deployed creative cooling solutions. Google’s Hamina data centre in Finland uses seawater from the Finnish Gulf to cool its environments. Another technique used is rainwater harvesting and evaporative cooling systems. In Oregon, Amazon plans to use its water waste to irrigate farmland around the city of Umatilla.

And in the Netherlands there are companies installing a system called Kyotocooling to achieve equivalent cooling rates at a fraction of the energy consumption. “The Kyoto disk is a cold, slow, rotating wheel constructed from an aluminium plate. Half of the wheel rotates in the cool outside air and the other half in the warm air of the server room. Thermal energy is absorbed and stored in the aluminium before being released to the outside air when the wheel has rotated through 180°. The cold energy, which is absorbed and stored by the heat exchanger plates outside, is then released into the servers environment.”

Despite the technological evolution and the exercise of creativity, and that some large companies have adopted important measures to reduce the consumption of natural resources, there is still a great concern with a carbon footprint. The world data centres consume 2% of the energy produced in the globe and contribute to 2% of the CO2 emissions, equivalent to all the global airlines together. In other words, it is a vicious circle. So it is high time that all corporations that manage data centres think beyond profit for the economy and join their efforts with those of local governments to further reduce their environmental impact, including their carbon footprint, creating more sustainable businesses and imposing less risk on local communities.