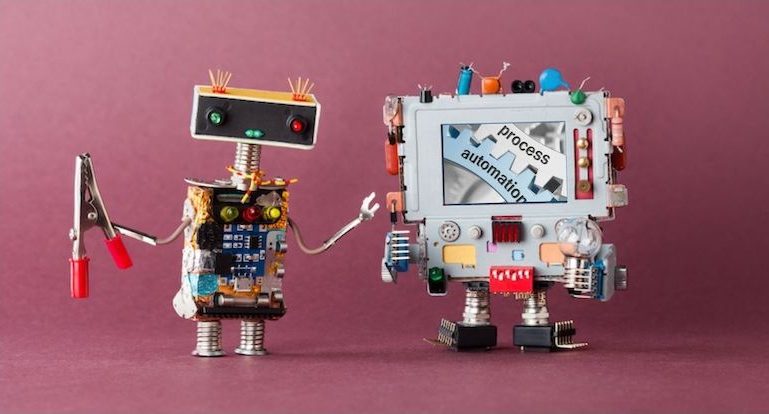 Future-facing IT is modernising its “back office” to a proactive self-service and automation model, at scale, says Deloitte, in its “Tech Trends 2022“. There is still a huge amount of repeatable work done by people, when it could already be done by systems to administer, monitor, review…

IT leadership has already understood that automated processes are consistent and auditable, which can help reduce errors and improve quality. It can also free up skilled technology talent to focus on more value-added tasks. And they are attacking opportunities in infrastructure, software components, security, and applications. “In addition to leveraging investments made by cloud providers to accelerate their journeys, CIOs are following the cloud providers’ playbook to identify and standardize processes,” explains Deloitte. Not infrequently, using advanced techniques such as Machine Learning.]

Early adopters of this trend have already seen gains in efficiency and lower labor costs. In a recent survey of IT and engineering leaders, the majority (74%) of those interviewed by the consultancy said automation helped their workforce work more efficiently. Fifty-nine percent reported cost reductions of up to 30 percent in teams that adopted process automation. Add to that noticeable increases in quality and safety, and it’s clear why 95 percent of respondents are prioritizing process automation, with 21 percent saying it’s a high priority.

Overall, the first stage of this automation journey involves enabling all infrastructure and management functions to be controlled by code, explains Deloitte. Programmatic control of resources makes it possible to apply policies consistently and store previously manual configurations in automated code and configuration files. These solutions require the deployment of a combination of computing (containers, virtualized servers, and roles), network (software-defined), and storage.

For automation to scale, processes must run consistently across the enterprise. However, if you look at the operational scenarios of many organizations today, you will find a mix of processes, applications, and alternative solutions. When processes run one way on server A and another way on server B; when environments lack parity; or when networks behave differently, operations become more expensive and inefficient.

If this sounds familiar, the consultancy recommends considering creating a common standard approach to developing, deploying, and maintaining your solutions and components. Cloud vendors realized early on that the more you can control resources programmatically, the easier it becomes to treat environments as a program to be managed. Many of today’s infrastructure-as-code platforms have their roots in early cloud-based automation initiatives.

As organizations explored infrastructure as code, they recognized that they could also deploy security as code or operations as code, controlling all with configuration files or code. As Deloitte notes, the goal of “as-code” is to move toward an environment where everything – even bespoke systems – aligns on an optimized set of rules. With the rules in place, a single engineer can control a large pool of resources that would require multiple administrators to manage. This frees up infrastructure teams to work like cloud providers: automating, taking advantage of self-service opportunities, and getting out of the way.

In summary, when approached methodically and strategically, automation can offer significant economies of scale and also:

More broadly, the possibilities of automation extend to areas such as development, deployment, maintenance, and security, making it possible to gain efficiency and consistency in more IT operations, Deloitte points out.

Hyperautomation, the next step

Hyperautomation is about expanding automation to the entire enterprise through process reuse and the deployment of various integrated technology capabilities – such as low-code platforms, machine learning, and robotic process automation (RPA).

When solutions such as RPA (Robotic Process Automation), AI (Artificial Intelligence), and iBPMS (Intelligent Business Management) are used together, it is possible to improve not only the performance of repetitive operational tasks but also more complex aspects such as decision-making.

Traditionally, the CIO’s responsibility for keeping business-critical technology systems running has taken up to 70% of the IT budget, as well as considerable amounts of bandwidth and manpower. Cheaper storage, cloud, and outsourcing have reduced this budget spend by 20% or more. After all, in an era of perpetually tight IT budgets, finding ways to redirect financial and human assets from operations to innovation remains one of the primary goals of IT leadership.

According to Deloitte, 93% of business leaders expect to use RPAs by 2023. A recent MuleSoft survey found that most organizations are already using or planning to implement such automation initiatives to achieve strategic objectives, such as improving productivity (96%) and operational efficiency (93%) and creating more connected customer experiences (93%).

According to Mulesoft, automation will accelerate the decentralization of digital-first companies. And customer service will be a great example of hyper-automation.

Gartner’s projections indicate that by 2024 organizations will reduce operational costs by 30% by combining hyper-automation technologies with redesigned operational processes. Recent research from the consultancy revealed that 85% of customers intend to increase or maintain hyperautomation investment strategies in 2022.