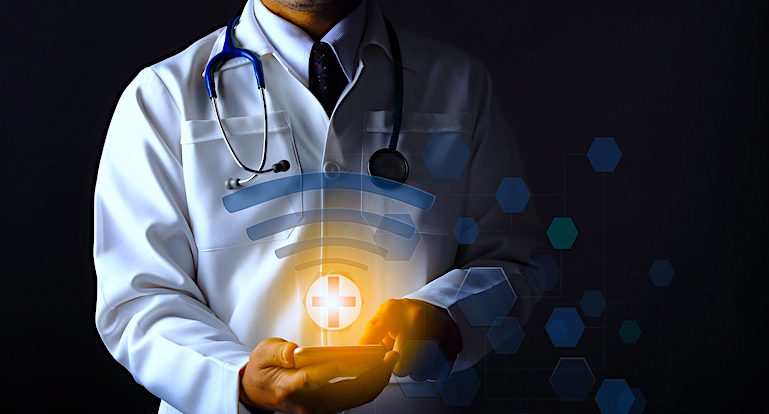 WiFi routers can be great allies in identifying people with difficulty breathing. This claim is made by the National Institute of Standards and Technology (NIST), a US organization that promotes industrial innovation and competitiveness based on standards and measurement technology. The institution has developed a deep learning algorithm called BreatheSmart, which can analyse minute changes in the transmission of routers and help determine if someone in the environment is having trouble breathing.

WiFi routers continuously transmit radio frequencies, reflected or going through walls, furniture, and even the human body. This is where the Artificial Intelligence (AI) algorithm comes into play. Body movements, including breathing movements, slightly alter the path of the signals and can signal if someone is having trouble breathing.

Previous NIST research had explored using WiFi signals to detect people or movement, but the solutions studied often required custom detection devices, and the results were limited. After working with other researchers at the Food and Drug Administration’s (FDA) Center for Devices and Radiological Health, the work has moved forward and found a new way to use current WiFi router models to measure the breathing rate of a person in the environment.

How does it work? WiFi technology sends signals from the device (a mobile phone or laptop) to the access point (the router). As these signals sent by the device are always the same, the access point already knows how they should be received. However, as they travel through the environment, they become distorted by bouncing off objects or lose strength. The access point then analyses the proportion of distortion to adjust and optimize the connection.

The team then modified the router’s firmware to request signal streams more frequently, up to 10 times per second, to get a detailed picture of how the signals change. During the research, a manikin was created to replicate various breathing conditions, from normal breathing to abnormally slow (bradypnea), abnormally fast (tachypnea), asthma, pneumonia and chronic obstructive pulmonary disease (COPD).

It has been observed that as the body moves during breathing, WiFi signals change. For example, the chest moves differently when there are wheezes or coughs compared to normal breathing. The researchers record the data coming from the signal streams and, with the help of the BreatheSmart deep learning algorithm developed by NIST, analyse the data and recognize patterns indicative of different breathing problems. The algorithm successfully classifies various breathing patterns simulated with the manikin 99.54% of the time.

According to the researchers, there has been a lot of interest in using WiFi signals for sensing programs (WiFi Sensing). They hope that app developers will use the process presented in the paper as a framework to create remote breath monitoring solutions.

The NIST paper was recently published in IEEE Access.

WiFi Sensing technology is used to detect and interpret presence and motion data. In general, the work is performed in two stages: pre-processing and filtering of the raw data coming from the WiFi equipment (data known as CSI or Channel State Information); and higher-level processing, which uses Artificial Intelligence and machine learning algorithms to analyse the data and apply it to more sophisticated interpretation situations, such as breathing problems.

Despite offering several benefits, such as ease of installation, privacy, interoperability, and detection outside the line of sight, WiFi Sensing technology also has limitations. Some of them are:

1) Multi-path propagation, i.e. when the WiFi signal travels along more than one path between the transmitter and the receiver because of refraction or reflection, reducing signal quality;

2) Signal occlusion, when some objects may hinder transmission;

3) Not suitable for use in open or crowded environments, which reduce signal strength;

4) Limitation of the transmission distance.

The IEEE 802.11bf group is working to develop a new standard specific to wireless LAN (WLAN) sensing, which should be completed in 2024. Given the wide range of use cases, especially in Internet of Things (IoT), healthcare and smart homes, we should see a wave of product launches with WiFi sensing capabilities.

For example, WiFi Sensing could be an option for monitoring health conditions of older people who are resistant to wearable devices. The automotive industry could also adopt the technology to prevent relatives from accidentally leaving children in the back seat of vehicles. The building or other property management sector could use it for security purposes and to automate lighting and cooling systems.

Other features based on this technology are also under development, including detecting breathing movements and other physical activities. An initial prototype was presented at the Intel Innovation event last September. Intel also says it is deeply involved with the IEEE 802.11bf working group and that sensing systems via WiFi are becoming essential to its solutions.