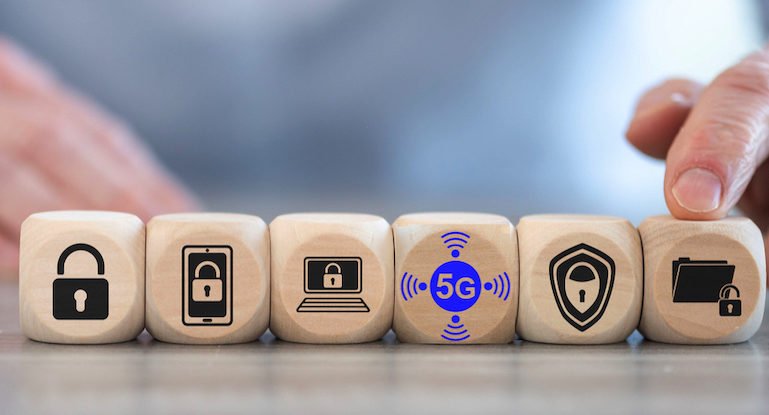 Customizing 5G network infrastructure can improve security against cyber-attacks and the safety and performance of devices such as drones and autonomous vehicles. That’s what researchers at Stanford, Cornell, and Princeton universities and the Open Networking Foundation (ONF), involved in the Pronto Project, believe.

The goal of the project is to build and test new types of programmable and flexible networks to improve the security, performance, and innovation of 5G networks. In other words, to ensure that the wireless world – that is, the 5G networks that will support the autonomous planes, trains, and cars of the future – remain as secure and reliable as the wired networks we rely on today.

Funded by DARPA, which will contribute $30 million to the project, Pronto is one of the largest U.S. government investments in networks since the creation of ARPANET, the precursor to the Internet. “The scale of the project is remarkable,” says Jennifer Rexford, head of the computer science department and an expert in routing, measurement, and network management at the University of Princeton, and project leader at the institution. “We want to move the pointer on how the Internet works.”

The transition to 5G will affect all Internet-connected devices and, by extension, the lives of all the people who rely on these networks for secure transport. But, as recent intrusions into wired networks have shown, there are serious vulnerabilities.

Later this year, in a lab at Stanford University’s School of Engineering, a team of researchers intends to demonstrate how a rigid formation of computer-controlled drones can be precisely managed, even if the 5G network that controls it is under continuous cyber attack. The ultimate success or failure of the demonstration will depend on the ability of an experimental network control technology to detect hacks and defeat them within seconds to protect the navigation systems.

To do this, the team of Nick McKeown, professor of electrical engineering and computer science at Stanford University are applying advanced SDN (software-defined networking) techniques to secure both the 5G and traditional, wired networks. The techniques employed make the networks more secure and resilient, with the goal of recovering from a cyberattack in less than a second – an order of magnitude faster than current networks.

It’s worth noting that McKeown’s group invented the SDN approach years ago to solve technical and business problems that had begun to arise in wired networks, such as the Internet, as well as mobile and wireless networks.

Internet companies, chip manufacturers, and other participants in the networking ecosystem quickly supported the SDN approach, working together to create the necessary hardware and software – such as the P4 network control software. Today, this paradigm faces a new obstacle: the fact that the manufacturers of these new 5G wireless networks are no longer based in America but in China and Europe.

“For the first time in history, there is not a single American manufacturer of cell phone equipment. Meanwhile, the world is building 5G infrastructure on equipment surrounded by questions about safety,” McKeown explains. “That’s DARPA’s concern. That’s the government’s concern.”

In that context, about two years ago DARPA solicited research proposals that merged into Project Pronto. It will be up to ONF to translate the universities’ SDN research into open-source wireless network management protocols on the Aether – 5G Connected Edge Cloud Platform.

As part of Pronto, DARPA is also funding the deployment of a modest Aether network to be deployed between Stanford, Cornell, Princeton, and ONF to be used as a testing and development platform for Continuous Integration / Continuous Deployment (CI / CD) for the project.

The three university campuses will serve as testbeds for the project’s programmable networks. At Princeton, the researchers will experiment with networking hardware installed at the Friend Center. The idea is to creatively deploy a high-speed 5G network across the campus to meet the university’s future wireless communication needs. In Professor Jennifer Rexford’s opinion, programmable networks will be key to “the campus of the future,” which will likely include smart sensors and autonomous vehicles.

Her group plans to collaborate with other Princeton researchers who focus on robotics and different aspects of wireless networks. “As we get this up and running, my hope is that we start to build a community of people who will be users of this infrastructure,” she said.

Rexford was part of the group responsible for creating the P4 network programming language, which will be used by Project Pronto researchers to program devices and measure network activity.

“We are moving rapidly into an era where network behavior is defined by software engineers, in code. This shift brings enormous potential, but also a need to ensure that the network is behaving as expected,” comments Nate Foster, associate professor of computer science at Cornell University. “Our goal is to create automated verification tools that can help identify unintentional anomalies and protect networks from intentional attacks.”

In the researchers’ view, networks that provide transparency, visibility, and “verifiability become capable of being optimized and protected through real-time closed-loop programmatic control.

By defining specific acceptable tolerances for specific configurations, measuring compliance, and automatically adapting to deviations, a closed-loop network can be created to respond dynamically and automatically to environmental changes.

Closed-loop control can be applied to a variety of use cases, including resource optimization (traffic engineering, RAN splitting), verification (network paths), and security (DDoS mitigation), among others.

IT Monitoring
Healthcare firms’ cybersecurity at risks due to negligence

IT Monitoring
Datacenters invade the moon and the sea

IT Monitoring
It’s time to take another look at SCADA