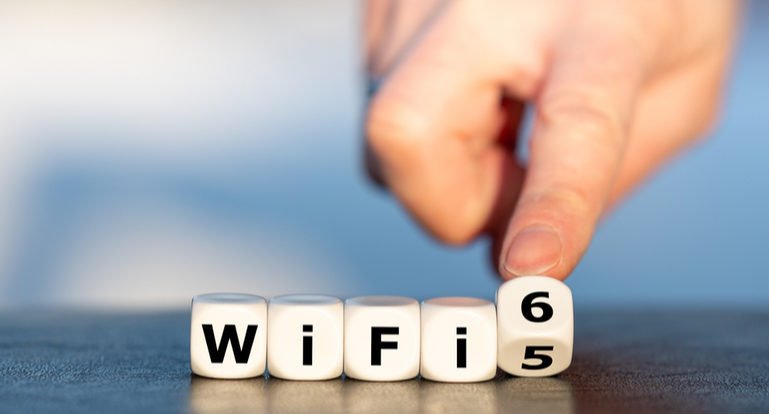 In February 2021, Brazil joined the various countries that have delivered the 6 GHz spectrum for unlicensed use, including the United States, European Union members, the United Kingdom and Japan and others.  These announcements are setting a milestone in the Wi-Fi history and are music to the developers’, suppliers’ and users’ ears, as they will enable a new wave of innovation, high performance and economic growth will make possible by this wireless communication standard.

The unlicensed spectrum is the band in which Wi-Fi operates and one of society’s most valuable assets, according to the Wi-Fi Alliance.  It has been providing significant resources and benefits around the world.  A study commissioned by the institution revealed that the global economic value of Wi-Fi is expected to sum to US$ 3.3 trillion in 2021, taking into account factors such as consumer and business communication demand, technological developments, and access to additional spectrum, among others.  The expectation is that this figure will reach US$ 4.9 trillion in 2025.

What it is and what it is for  It is important not to confuse Wi-Fi working over the 6 GHz band, Wi-Fi 6 and Wi-Fi 6E – these are three separate concepts, albeit associated.  Wi-Fi 6E is the standard that will operate over the 6 GHz band. “E” comes from “extension”, or Wi-Fi 6 (here 6 means Wi-Fi sixth generation, standard IEEE 802.11ax) extended to the recently released spectrum for unlicensed use.

We can understand that the Wi-Fi 6E benefits are the same as those provided by Wi-Fi 6 – more efficiency, reduced congestion, lower latency, and longer battery life for mobile devices – but over a wider range. In fact, Wi-Fi has always maintained compatibility among a version and the previous generations – and Wi-Fi 6E is no different.

The key difference is that Wi-Fi 6E will operate over a contiguous spectrum, that is, where there are no interruptions. Non-adjacent frequency ranges have been allocated to Wi-Fi operations over time, as they became available due to the technology obsolescence. The result is that there has been a limited amount of contiguous spectrum, forcing many users to share the available bandwidth and creating congestion.

In practice, this additional spectrum will enable more reliable Wi-Fi networks even in congested environments, such as football stadiums, with an audience using demanding applications in terms of performance, such as streaming video or virtual reality.

A report funded by WifiForward, an industry promotion group whose members are Google, Microsoft, and Comcast, reveals figures on the potential impact of 6 GHz unlicensed band delivered by the Federal Communications Commission (FCC) in the United States:

Two groups are responsible for the Wi-Fi evolution. The IEEE defines the technical specifications for the 802.11 standard, while Wi-Fi Alliance focuses on the Wi-Fi device certification and commercialization and the technology marketing.  Wi-Fi Alliance members have already developed Wi-Fi 6E devices to be marketed where the 6 GHz spectrum is available. The organizations predicts that more than 300 million Wi-Fi 6E devices will be available in 2021.

To explore the new Wi-Fi 6 GHz channels, users will need a router and client device (for example, notebooks, mobile phones, and smart appliances) that are compatible with Wi-Fi 6E. This means that even users of relatively new Wi-Fi 6 routers will need to upgrade to Wi-Fi 6E models.

Channels with wider bandwidth: The additional 6 GHz spectrum can be divided into more channels, which will enable more communication routes or 160 MHz channels, wider compared to those of 80 MHz over the 5 GHz band and 20 MHz over the 2.4 GHz band. This will enable, for example, applications for high user density environments, such as stadiums, or virtual reality systems, demanding in terms of performance, such as ultra-HD video streaming.

Lower interference: Although Wi-Fi 6 has 80 MHz and 160 MHz channels, they are not widely used in practice. The few channels available on these frequencies over the 5 GHz band are never free from interference. The GHz band introduction will allow Wi-Fi 6E to work on up to seven contiguous channels of 160 MHz of width.  With more channels available, not overlapping and not congested, interference issues are likely to almost disappear.

Better transfer rates – The Wi-Fi 6 standard has brought speed benefits by better managing crowded networks with many users and devices. On the other hand, Wi-Fi 6E is an extended version that can operate in a similar way, but in a wider range of the spectrum, that is, it has more space to work.

Lower range – The 6 GHz band and its 1200 MHz spectrum are best suited for short-range connections, for example, devices in the same room.  In situations like this, it is possible to transmit large volumes of data.  It is as if you have drilled a large hole in a bucket. Water gushes, but it doesn’t get very far.  In comparison, over the 2.4 GHz and 5 GHz bands, with much smaller frequency intervals, the range is greater, as they use “smaller holes”.

We usually associate the unlicensed with Wi-Fi, but other technologies can coexist in this frequency range – for example, the 5G NR-U standard (5G for unlicensed bands).

As Monica Paolini, Senza Fili founder and analyst, explained, Wi-Fi will face tougher competition over the 6 GHz band. Who will win the people’s, companies’ and service providers’ preference – Wi-Fi 6E or 5G?  According to her, this is an open question for the long term.  While meeting different connectivity demands, both technologies have increasingly comparable performance levels.

In the short term, however, it is difficult to see how 5G can overcome or reduce the role of Wi-Fi in every all spectrum intervals where it operates, including the 6 GHz band. There is no evidence that users will give up on Wi-Fi entirely, even if they have 5G compatible phones. The transition cost can be very high versus the performance benefits.

There are those who say that the choice from Wi-Fi 6E and 5G is not like deciding from “black or white”.  The decision will depend on the application.  The 5G standard may be the preferred network one for large-scale deployments, but Wi-Fi is ubiquitous and will continue to be a more economical solution than mobile phones in the workplace, as well as in many other indoor applications that require low  latency, such as 4K/8K video streaming, mobile Virtual/ Augmented Reality and games.

IT Monitoring
Key IT monitoring trends in 2022

IT Monitoring
Automating at scale, the goal of IT in 2022